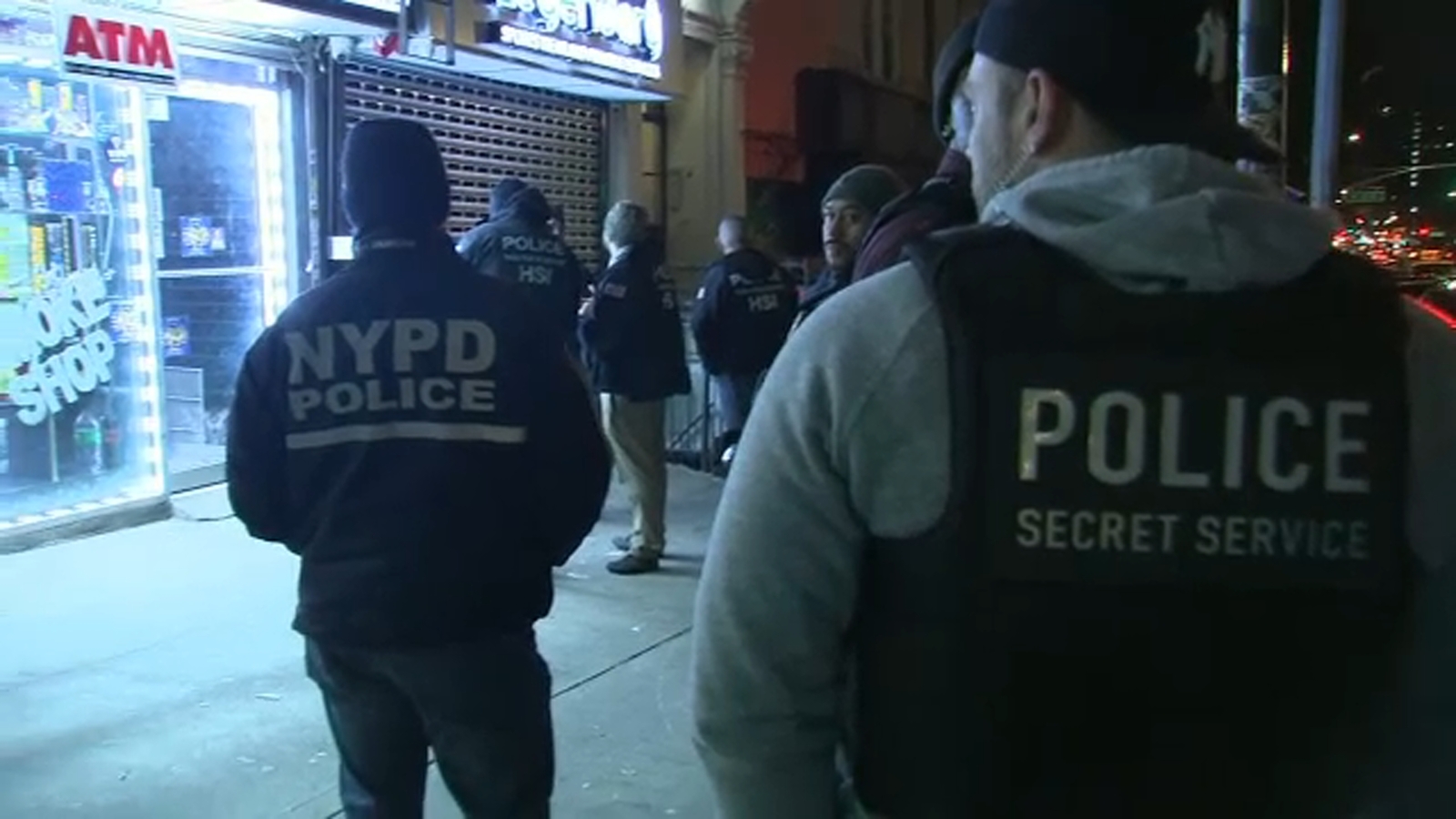 MANHATTAN (WABC) — Twelve people have been arrested so far in a series of dawn raids in New York City to break up a large-scale methamphetamine trafficking ring.

The raids took place just after 6 a.m. Wednesday in Washington Heights and Hamilton Heights in Manhattan and at one location in New Jersey.

The suspects, many with gang ties, were caught when NYPD officers and federal agents executed search warrants on Broadway, Amsterdam Avenue and West 174th Street in a coordinated operation.

The officers, along with Homeland Security Investigations and Secret Service agents, targeted the drug trafficking ring.

Charges against several people are expected to be dropped in federal court in lower Manhattan later Wednesday. They are expected to face federal drug and firearms trafficking charges.

On Broadway, law enforcement entered the Superman Barber Shop, which allegedly had illegal gambling in its basement.

Meanwhile, law enforcement used heavy equipment to shut down West 174th Street. Agents were seen going in and out of the apartment building.

Searches also continued at a juice bar and smoke shop around the corner on Amsterdam Avenue.

One federal official said the response was justified because they were looking for “really bad people.”

Didi says he is dating Jung Miami, and reacts to a clash with Gina...