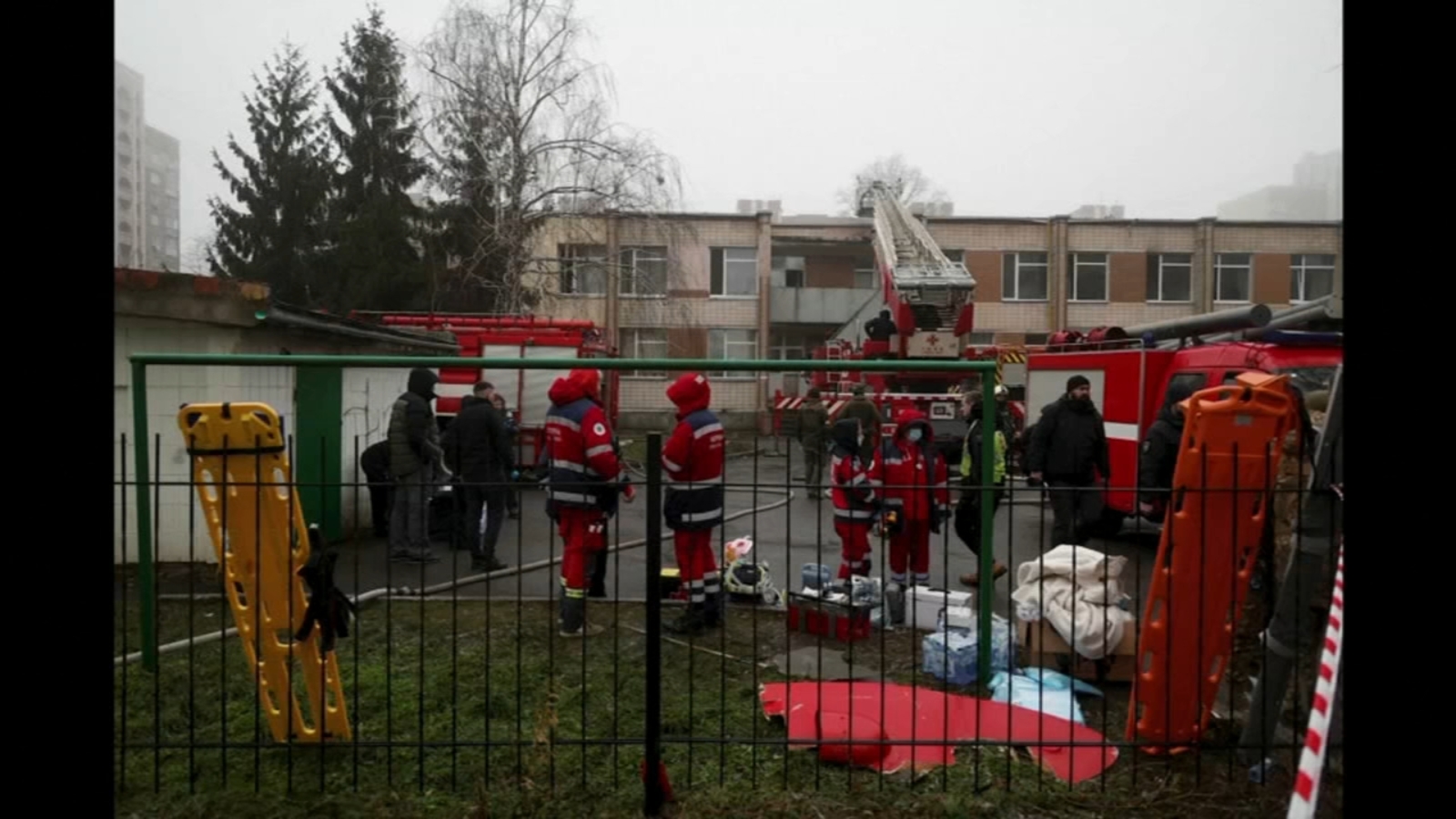 KYIV, Ukraine — On Wednesday, as a result of a helicopter crash in the suburbs of Kiev, 18 people died, including the Minister of Internal Affairs of Ukraine and three children, Ukrainian authorities said.

There were no reports on whether the crash was an accident or a result of the war with Russia. Recently, there have been no military operations in the Kyiv area.

Monastyrskyi, who led Ukraine’s police and other emergency services, is Ukraine’s highest-ranking official to die since the war with Russia began nearly 11 months ago.

Nine of the dead were on board the helicopter of the Ministry of Emergency Situations, which crashed in Brovary, an eastern suburb of the Ukrainian capital, Klimenko said.

The governor of the Kyiv region, Alyaksei Kuleba, said that three children were also killed. Earlier, officials and the media reported that the helicopter fell near a kindergarten.

A total of 29 people were injured, including 15 children, the governor of the region said.

“For now, we are considering all possible versions of the helicopter crash,” Prosecutor General of Ukraine Andrey Kostin said in Telegram.

The investigation is being conducted by the Security Service of Ukraine, he said.

The first lady of Ukraine, Elena Zelenska, wiped tears from her eyes and pinched her nose in emotion a few minutes before participating in a session of the World Economic Forum in Davos, Switzerland.

“Today is another very sad day – more losses,” she said.

Forum President Borge Brende asked for 15 seconds of silence after opening the session to honor the Ukrainian officials who died in the disaster.

The disaster came just four days after a Russian missile strike on a residential building in southeastern Ukraine killed 45 civilians, including six children, in the deadliest attack on civilians since the spring.

“We didn’t have time to recover from one tragedy, already another,” said the deputy head of the presidential administration of Ukraine, Kirylo Tymoshenko.

Postbiotics can boost immunity in your morning coffee

In New York, a week-long monitoring of speeding begins