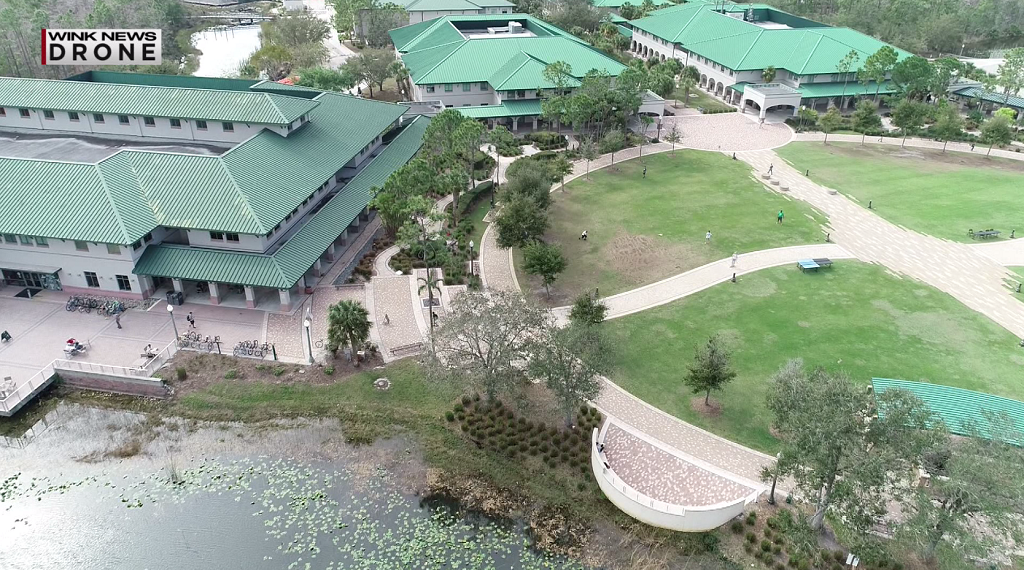 Three men armed with AR-15-style shotguns were arrested early Monday morning at Florida Gulf Coast University after students and staff received a report of a man with a gun.

FGCU Police say there is no threat, but the three men could face serious consequences.
According to the FGCU Student Code of Conduct, weapons are prohibited on campus, including AirSoft guns, BB guns, and shotguns. Violators of this rule may be arrested and prosecuted.

The first text alert from FGCU came at 12:40 a.m., warning of an anonymous tip received by university police about a possible person seen in Eagle Hall with a firearm. Police are reportedly investigating the area.

The officers followed the muddy tracks into Eagle Hall, moving to the dormitory where the students live. When officers arrived at the dorm, the men the officers were looking for were playing video games.

The police report said the trio were on a nature trail with guns wearing camouflage and orange construction vests.

Students and staff then received three more messages informing them of officers who had arrested three men in Eagle Hall for having an AR-15-style handgun and assured them that the university was not in danger.

These guns are not AR-15s, but one is an Orbeez AR-15 style gun that shoots gel bullets. The second is a Crossman machine gun.

“Community gun or not, looks like an AR-15. You know, you almost expect it to be an AR-15,” said Anthony Rowan, a student at FGCU.

“I know people who live in this building. So I was obviously a bit alarmed. I texted them to make sure everything was OK,” said William Rombach, a student at FGCU.

Police said they found no damage at Eagle Hall, but a police report said officers saw a sign with profanity on it that read, “The whistleblower ruined our lives.”

The police took away both weapons from the students.

The confirmed new fungus has a mysterious origin