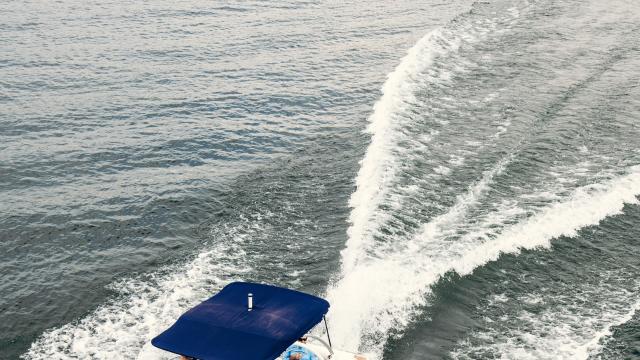 South Carolina officials say they will not charge the boatman who fatally shot the man he helped rescue from the water. A statement from Okoni County Sheriff’s Office said 10th District Attorney David Wagner ruled that Tuesday’s shooting of 29-year-old Nathan Drew Morgan by an unnamed 74-year-old man “was in self-defense and no charges will be filed.” ».

Morgan, a resident of Valhalla, was shot aboard a pontoon boat on Lake Keavi.

Earlier, representatives of the sheriff of Okoni County said that Morgan and a woman were injured by falling from a jet ski into the lake. Both had no life jackets, and the jet ski was circling.

A 74-year-old man and his wife in a pontoon boat drove up to help pull the couple out of the lake, the sheriff’s office said. The couple on the boat told authorities that Morgan “got excited and started attacking” them.

Investigators said he may have wanted to return to the jet ski. They also speculate that there may have been a quarrel between Morgan and the woman he was with before they fell into the water. Sheriff Mike Crenshaw told The Journal of Seneca that Morgan may have been intoxicated.

A woman who was with Morgan pushed him back into the lake, trying to defuse the situation, the sheriff’s office said. The couple on the pontoon again helped him aboard, and the man shot him after the second meeting, saying he feared for his life and the life of his wife.

Authorities declined to name the couple.

Morgan died on the boat from a gunshot wound to the chest, the Okoni County Coroner’s Office said.

Brandon Thomas, who lives nearby, told WSPA-TV that the shooting was “crazy” and “unexpected” given the terrain.

What’s next for Artemis I after the 2nd scrub?

The next novel, The Princess Diaries, is set during a pandemic

Shanghai will reopen the subway to ease COVID restrictions

On January 6, the suspect made a tearful request to the...