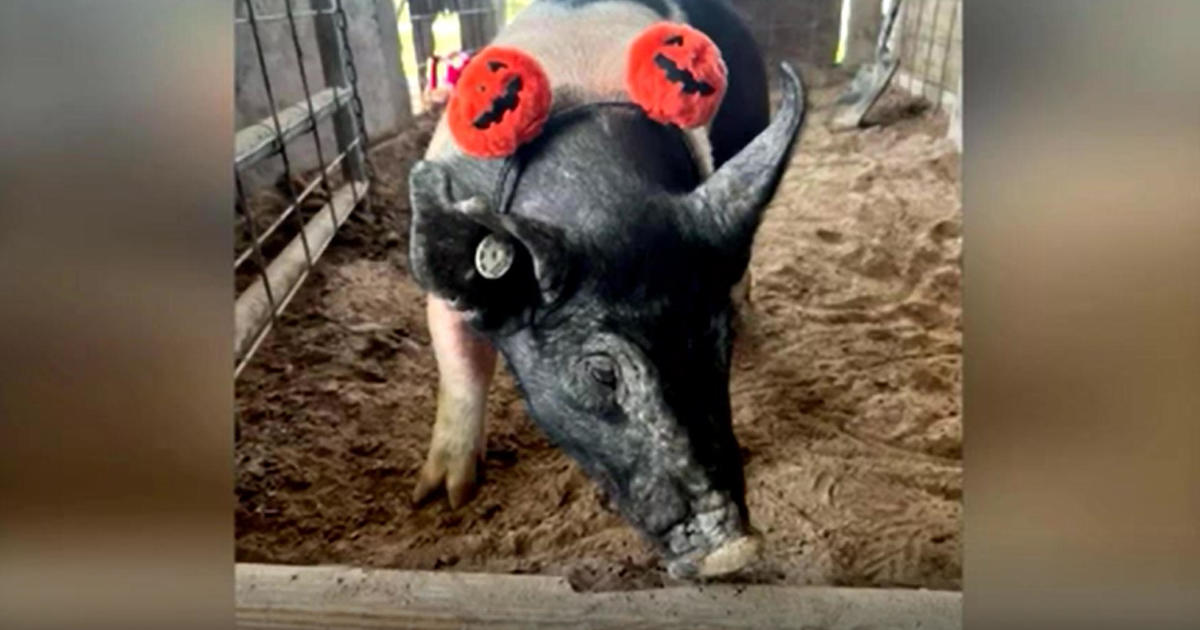 An auction at a South Florida fair has sparked some controversy after one family said they won a bid on a pig, but then walked away empty-handed, with the pig’s life on the line.

Meg Weinberger, who owns the animal shelter, said she went to the fair with her family in hopes of getting the pig back.

She said when they looked at Bella B. Swin, they knew they had to make the highest bid. They ended up winning the $4,700 bid, but then there was a problem.

“I wanted to bring her home to our sanctuary, but they said ‘absolutely not,'” she said.

The organizers of the fair told them that Bell had to be slaughtered or the deal would not go through.

“They didn’t take our credit card and said it had to be killed by state law,” Weinberger said.

Vicki Churis, president and CEO of the South Florida fair, said the rules were clear from the start, with kids in 18 counties raising animals for the food chain and then auctioning them off.

“We are a place where young people in our community learn to be ranchers and farmers,” she said. “The process is that they raise the animal to be consumed as food. That’s why. Changing these rules midstream because someone wants to take an animal home is not ethical. These kids are being told how to follow the rules.”

Weinberger and her husband said they were unaware of the rules. They said there were no rules on the website or brochures, and that there were no signs at the auction to say it was a terminal market.

“Unfortunately, it didn’t happen, it will happen in the future, and we all learn from this experience,” Churis said.

Organizers say they didn’t charge the Weinbergers after hours of work, but the child who raised the pig will still get paid for their hard work.

As for Bella, she is currently in Vero Beach at the butcher shop.

“The meat will go to charity,” Churis said.

The Weinberger family said they will continue to fight for Bella’s life.

Police arrest Courtney Clenny in the stabbing death of a boyfriend

Bloomington, Minnesota police say the Mall of America has been put on lockdown after...