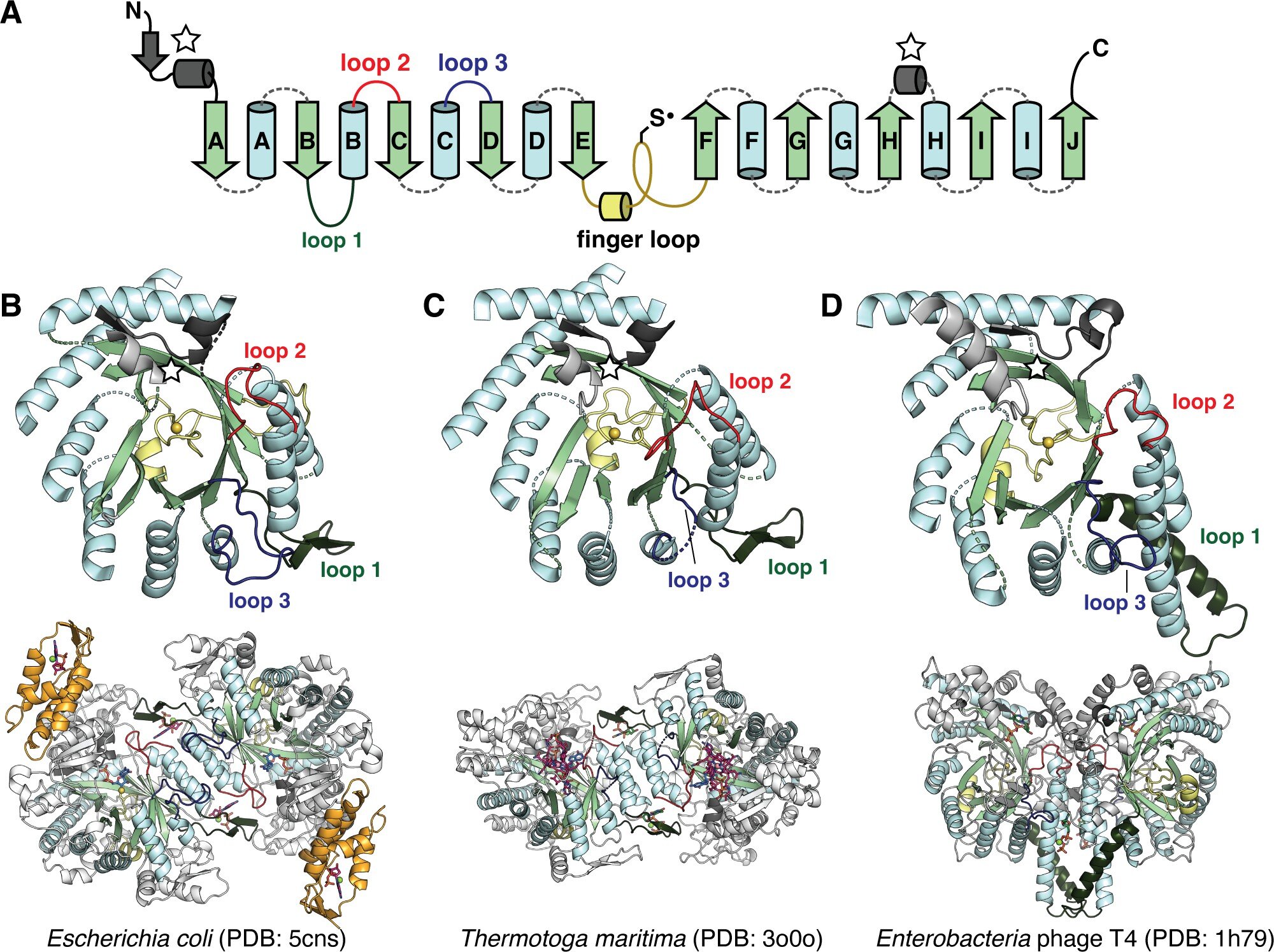 Cornell scientists have created an evolutionary model that links organisms living in today’s oxygen-rich atmosphere to a time billions of years ago when Earth’s atmosphere was low in oxygen by analyzing ribonucleotide reductases (RNPs), a family of proteins used by all free-living organisms and many viruses to repair and replicate DNA.

“By understanding the evolution of these proteins, we can understand how nature adapts to environmental changes at the molecular level. In turn, we also learn about our planet’s past,” said Nozomi Ando, ​​associate professor of chemistry and chemical biology in the College of Arts and Sciences and corresponding author of the study. “Comprehensive phylogenetic analysis of the ribonucleotide reductase family reveals an ancestral clade,” published in eLife October 4.

A. participated in this case large data set of 6779 RNR sequences; the calculation of the phylogeny took several high-performance computers together for seven months (1.4 million CPU hours). This approach, made possible by advances in computing, opens a new way to study other diverse protein families of evolutionary or medical importance.

RNRs have adapted to environmental changes over billions of years to preserve their catalytic machinery because of their essential role for all DNA-based life, Ando said. Her lab studies protein allostery – how proteins are able to change activity in response to their environment. The evolutionary information in phylogeny enables us to explore the relationship between a protein’s primary sequence and its three-dimensional structure, dynamics, and function.

RNRs are thought to be of ancient origin because they catalyze the reaction of converting RNA building blocks into DNA building blocks, Ando said, making them ideal for finding the molecular record.

“This chemistry would be necessary for the transition from the hypothetical RNA world to the DNA/protein world we now live in,” Ando said. “Based on the cofactors that RNR uses, it is also clear that this family of enzymes has adapted to the increased oxygen in Earth’s atmosphere. Both of these transitions occurred billions of years ago.”

When scientists build a phylogeny of a protein family, they calculate how the currently existing sequences arose, Ando said. In this process, they have to evaluate what happened in the past to get the sequences that exist now.

The researchers calculated the RNR phylogeny by taking a data set of more than 100,000 sequences and converting them into a computable data set of 6,779 sequences, while preserving the diversity of the entire family, Burnim said. The sequences range in length from approximately 400 to 1,100 amino acids. Using models of how amino acids mutate, they compared the sequences to each other to determine when they diverged.

As a result of this work, the researchers discovered a new, distinct group of RNRs that would explain how two different adaptations to oxygen arose on Earth. protein family

“When we calculated the RNR family tree, it turned out that there was a branch of RNR that we didn’t know was a separate lineage,” Ando said. “This branch included sequences from marine organisms, including cyanophages. Our characterization of one of the sequences indicates that early adaptation to oxygen occurred. The cyanophage connection was interesting because it suggests that their hosts (cyanobacteria) were around at the same time, and cyanobacteria are credited with oxygenating the Earth.”

The findings support the idea that molecular adaptation to oxygen occurred much earlier than large-scale environmental changes on the planet, according to geochemical data, Ando said.

This is the first ever united evolutionary model for all classes, RNR can offer many future directions for the field, Xu said.

Ando plans to use the same approach to study how enzymes with the same general structure have evolved to catalyze completely different chemical reactions.