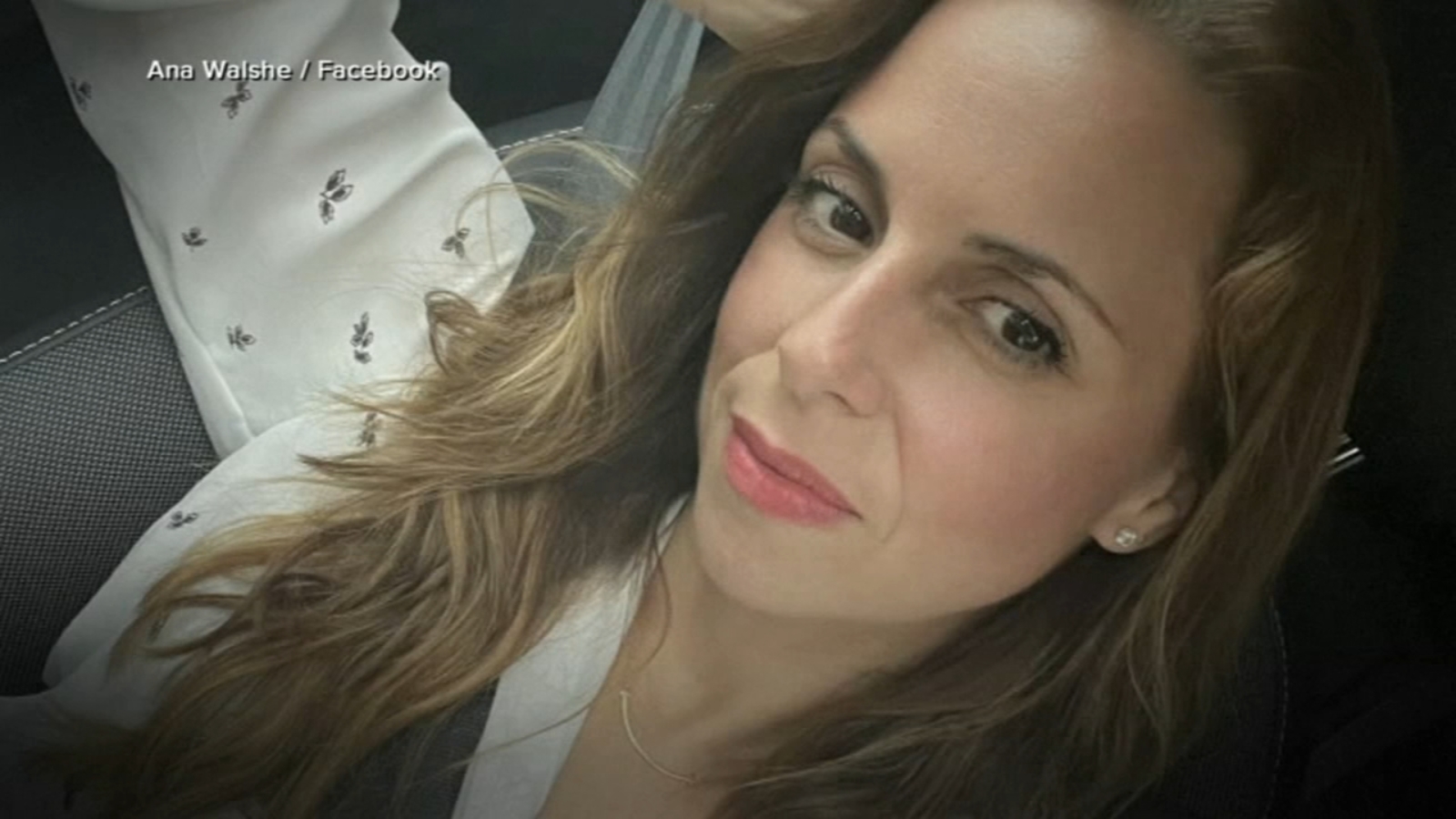 Anna Walshe, a Massachusetts mother of three, has not been seen since at least New Year’s Day, and investigators have been canvassing areas north and south of Boston to determine her whereabouts and status. This is reported by CNN.

Her husband, Brian Walshe, 47, told police he last saw her Jan. 1 when she left her Cohasset home for a flight to Washington, D.C., for work. But authorities accused him of misleading investigators and said they found a bloody knife in the basement of their home.

Using information from criminal affidavits, police, prosecutors and attorneys, CNN has compiled a timeline of the couple’s movements and actions, from his earlier legal troubles to her recent disappearance.

Brian Walshe’s father, Dr. Thomas Walshe, died in September 2018 and left Brian nothing, leading to a lengthy legal battle over his estate, according to court documents filed in Plymouth Probate and Family Court in Massachusetts.

Dr. Walsh’s will noted that he had no contact with Brian, to whom he bequeathed only his “best wishes” and “nothing more” from his estate, according to photos of the document attached to court documents. Brian Walsh unsuccessfully contested the will and suggested that his father’s signature on the document was a possible forgery.

Brian Walsh’s counter-petition affidavits alleged he was estranged from his father and detailed years of alleged fraud and manipulation.

“He had a serious row with his son,” wrote Andrew Walsh, the executor of the estate and one of Dr. Walsh’s nephews. “Brian got away with a good amount of his money; he has had almost no contact with Brian R. Walsh in the last ten-plus years.’

FBI investigators say either Brian or Anna Walsh used their eBay account to sell paintings in November 2016, less than a year after they were married. The complaint does not accuse Ana Walsh of wrongdoing, but says she spoke with the person who purchased the fakes after the buyer realized the paintings were fake and found her work number.

The document also alleged that Brian Walsh took the actual artwork from a friend to sell, but never did. He also failed to compensate the friend for the art, prosecutors argued.

Walsh pleaded not guilty in November 2018 to wire fraud, interstate transportation for a scheme to defraud, possession of altered goods and unlawful money transaction.

In April 2021, Brian Walsh pleaded guilty to three of the four counts in exchange for a recommended sentence of imprisonment, supervised release, fines, restitution and forfeiture, court documents show. He also agreed to either return the artwork or pay for it.

Brian Walsh was placed under observation and house arrest as part of his pre-sentence probation. He can ask to leave the house, but must indicate specific places, times and reasons.

According to Brian Walsh’s statements to police, included in the affidavit, he and his wife had a New Year’s Eve dinner at their home with a friend named Jem.

Brian and Anna Walsh went to bed shortly after the friend left around 1 or 1:30 a.m., he told investigators, the affidavit said. Anna Walshe said she had an emergency at work and needed to fly to Washington for work the next morning, he told police.

As Brian Walsh told police, in the morning, Ana Walsh “pulled herself together, kissed him goodbye and told him to go back to sleep,” according to the affidavit. She would usually take an Uber, Lyft or taxi to the airport and leave between 6 and 7 a.m., the affidavit said.

He also told police the babysitter arrived in the afternoon and he left the house to get groceries around 3 p.m., the affidavit said.

He told police he went to see his mother around 4 p.m. in Swampscott, about an hour’s drive from Cohasset, but didn’t have a cell phone and got lost, making the trip longer than usual, the affidavit said. He said he left his mother’s house about 15 minutes after arriving to run her errands at Whole Foods and CVS, eventually returning home to Cohasset around 8 p.m., according to the affidavit.

Ana Walsh’s cellphone rang in the area of ​​their Cohasset home on Jan. 1 and Jan. 2, according to prosecutor Lynn Beland.

Brian Walsh told investigators he took one of his children to get ice cream at a juice bar in Norwell on Jan. 2 while a babysitter watched the other two children, the affidavit said.

Investigators confirmed that the trip took place, the affidavit said.

According to surveillance video, Brian Walshey went to the Home Depot in Rockland wearing a surgical mask and gloves and made the purchase in cash, the affidavit said. There, Walsh bought $450 worth of cleaning supplies, including mops, a bucket, a tarp and various types of tape, Beland reported.

According to lawyer Brian Walsh, he called her work to ask if they knew of her whereabouts before work called the police.

Cohasset police arrived at Ana Walsh’s home for a welfare check, according to the affidavit. Brian Walsh spoke with investigators several times and provided the above timeline of his actions and whereabouts on January 1st and 2nd.

Cohasset Police have reported Ana Walsh missing and asked the public to come forward with any information. Police said she was last seen “shortly after midnight on New Year’s Day.”

Police launched a massive search for Ana Walsh that included K-9 officers and search and rescue teams in a wooded area near her home.

At least six investigators have been tasked with driving around the North Shore of Massachusetts and looking at surveillance video to try to verify Walsh’s timeline of events, the affidavit said. They did not observe him on video at Whole Foods or CVS in Swampscott on Jan. 1, as he claimed, the affidavit said.

Cohasset Police and Massachusetts State Police announced the end of the search for Ana Walsh.

Brian Walsh was arrested and charged with misleading police, police said in a statement.

Brian Walsh was arraigned and pleaded not guilty to misleading the police.

Beland, the prosecutor, said the investigation found no evidence that Anna Walsh took a ride together from their home on January 1. She said his statements to police caused delays in the investigation.

The prosecutor also said that investigators obtained a search warrant for their home and found blood and a bloody knife in the basement.

Prosecutors have released an affidavit in support of the criminal case, which outlines the authorities’ schedules for the previous week. The affidavit described Brian Walsh’s statement to police as “an apparent attempt to mislead and detain investigators.”

The affidavit describes several trips he took that were not requested or approved in advance and may constitute a violation of the terms of his probation.

Investigators conducted a search north of Boston and collected a number of items that will be processed and tested, the Norfolk District Attorney said in a statement. The statement also referred to Ana Walsh’s disappearance as “suspicious.”

According to a source with direct knowledge of the investigation, investigators put up crime scene tape around the trash near Brian Walsh’s mother’s home in Swampscott and dug up trash at a transfer station in Peabody. Both locations are north of Boston.

Law enforcement sources say CNN investigators found a machete, torn cloth and what appeared to be bloodstains at Peabody’s location. Physical evidence is sent for examination.

An arrest warrant charging Brian Walsh with murder has been issued in connection with the death of his wife, Ana Walsh, Norfolk District Attorney Michael Morrissey announced.

He was being held at the Norfolk County Correctional Facility and was scheduled to be transported to Quincy District Court to be arraigned Wednesday on murder charges, Morrissey added.

“Further details of the investigation and evidence to support these allegations will likely be presented during the arraignment, but will not be disclosed at this time,” the prosecutor said.

“Fossils” are vital to vaccine safety