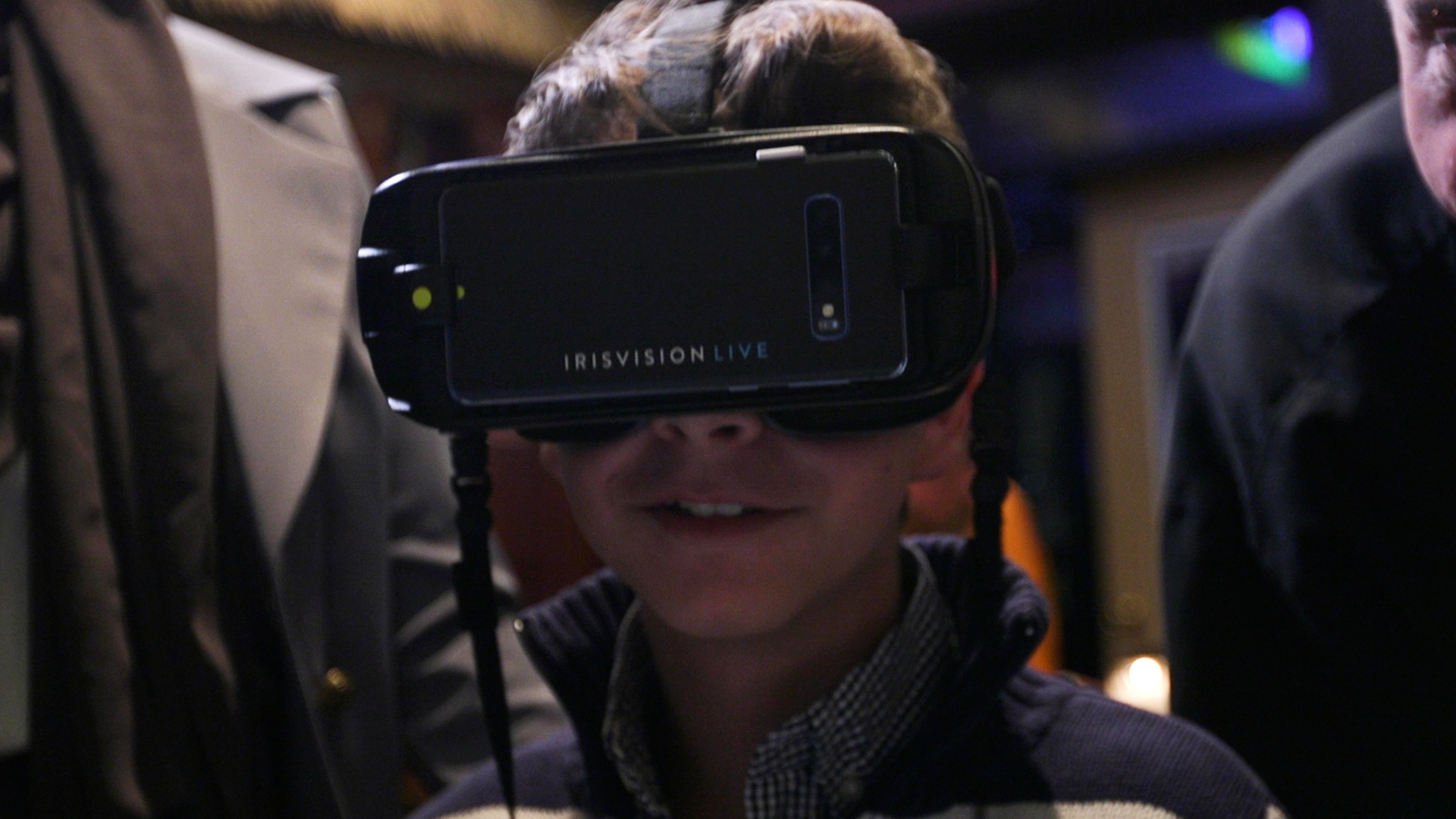 PLAINFIELD, Illinois — Chef Charlie Doman said he got choked up watching visually impaired teenagers try out their new electronic glasses for the first time. The device distribution and training event took place in the dining room of Moe Joe’s Cajun Restaurant, where he works, in Plainfield, Illinois.

“They were all so happy,” Doman said. – I had to leave the room several times.

Doman, who is legally blind, helped the teenagers navigate their glasses with the guidance of a representative from IrisVision, the company that makes the devices.

“Look at your mom. How beautiful is your mom?” Doman said to Yusif Ali, 12, of Bolingbrook, Illinois, as he tried on his glasses. Ali said the vision impairment makes it hard to see the shapes, and said yes when asked if wearing the glasses was like seeing things for the first time in a way.

“I loved it,” Ali said. “I could actually read the textbooks they give me at school.”

The distribution of the device was months in the making. Last year, Moe Joe’s hosted an event called Pies For Eyes, baking hundreds of key lime pies to help raise money to replace Doman’s missing pair of IrisVision glasses. The restaurant gave the glasses to Doman initially to improve his vision in the kitchen because he has no central vision.

The restaurant sold hundreds of pies with the help of the Plainfield community and raised enough money to purchase Doman’s glasses and 3 additional pairs to distribute to students with low vision.

“When I tried them on, I could really see the difference in the details,” said Juan Caballero, 19, of Aurora, Illinois. Caballero said his vision has been gradually deteriorating over the past four years, but has stabilized to blurred vision.

“It just gave me a new outlet to see better,” Caballero said.

After the Pies For Eyes fundraiser ended, Doman contacted The Chicago Lighthouse to help identify visually impaired teenagers like Caballero who would benefit from electronic glasses. The 116-year-old non-profit organization helps the blind and visually impaired to be independent.

“We live in a world that is not designed for people with low vision,” said Jill Johnson, Chicago Lighthouse’s senior director of development. “If we fix this with technology, we can do anything.”

Chicago Lighthouse staff spent weeks helping to find eligible students, including 19-year-old Alana Hampton of Bolingbrook. Her father Alan Hampton said she has partial vision loss, mild in one eye and severe in the other.

“She put on her glasses and was very excited,” Hampton said. “It was like a whole new world.”

Doman also gave a tour of Mo Jo’s kitchen and posed for pictures with the teenagers. He said that his profession as a chef shows that the inability to see should not prevent anyone from leading a normal life and career.

The Vikings are improved, but the dominant Eagles provided a dose of reality