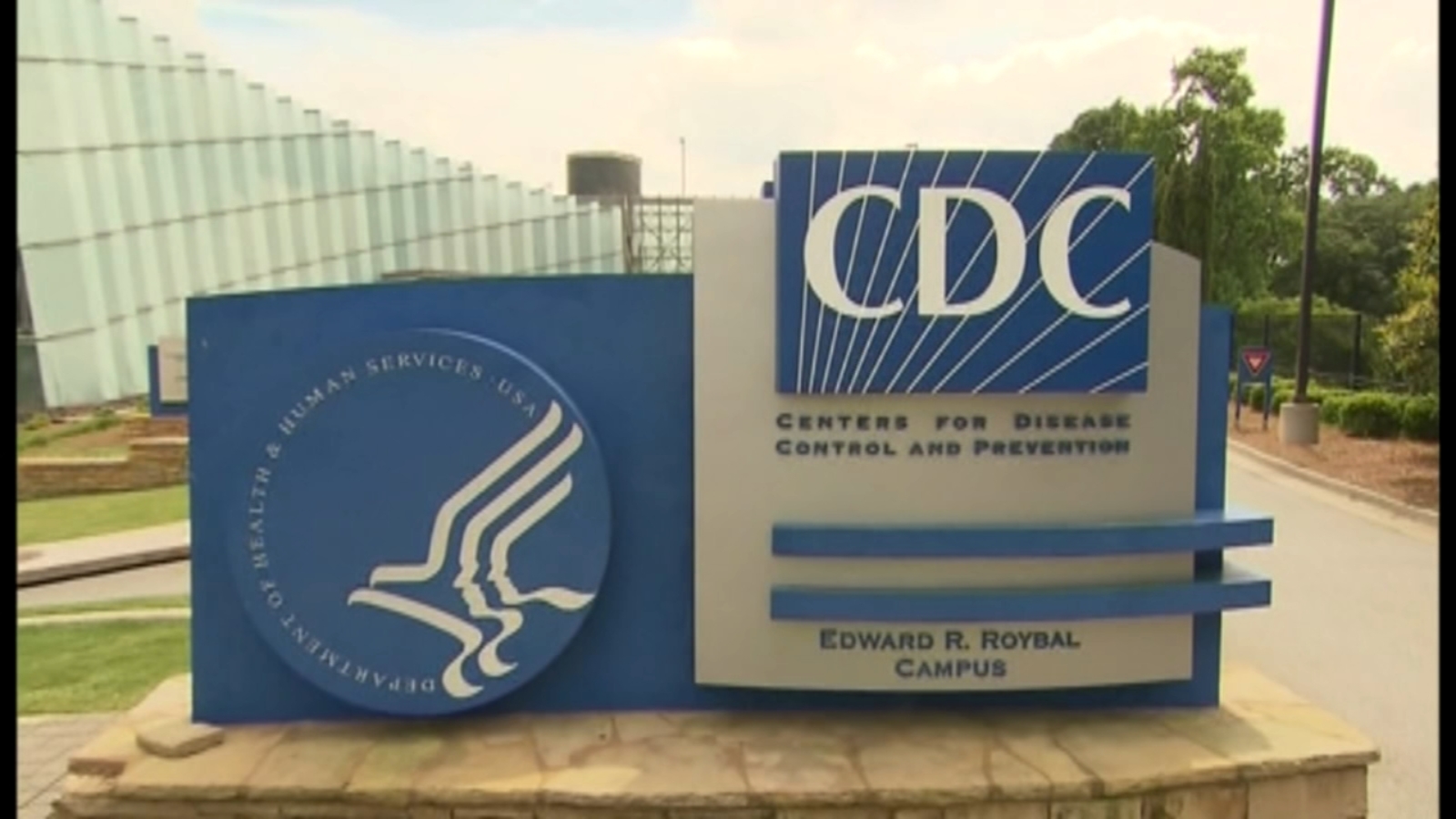 The U.S. Centers for Disease Control and Prevention said Friday that it is investigating 109 cases of severe and unexplained hepatitis in children in 25 states and territories that may be linked to the outbreak worldwide.

Of these, 14% needed a transplant, five children died.

Almost all children – more than 90% – had to be hospitalized.

Dr Jay Butler, CDC’s Deputy Director of Infectious Diseases, emphasized that the investigation – a partnership between the CDC and the state health departments – was an evolving situation. Not all cases of hepatitis that they are currently studying can ultimately be caused by the same thing.

“It’s important to note that the situation is evolving and we’re throwing a wide network to help broaden our understanding,” Butler said.

Hepatitis, or swelling of the liver, can be caused by infections, autoimmune diseases, medications and toxins. The family of viruses, well known for attacks on the liver, causes hepatitis A, B and C.

It is unclear what drives these cases in young children. Butler said some of the common causes of viral hepatitis have been examined but have not been found in any of the cases.

Adenovirus is detected in more than 50% of cases, although its role is unclear.

On April 21, the CDC warned doctors about a group of unusual cases of hepatitis in nine children in Alabama.

He asked doctors and health officials to report to the agency if they had similar cases of children under the age of 10 with elevated liver enzymes and no explicit explanation for their hepatitis until October.

Since then, health departments have been working with pediatricians in their states to identify possible cases. The figures announced at Friday’s briefing are the first national view.

The CDC warning came after reports of children from England, Wales, Scotland and Northern Ireland being treated at a hospital with unexplained hepatitis.

As of May 1, there are 228 probable outbreak-related cases in 20 countries, with more than 50 cases being investigated, Dr Philippa Easterbrook, a senior scientist at the World Health Organization’s global hepatitis program, said at a briefing on Wednesday. Among those cases, one child died and about 18 required a liver transplant, she said.

Most children were healthy when they developed symptoms that included fatigue, loss of appetite, vomiting, diarrhea, abdominal pain, dark urine, light stools, and yellowing of the skin and eyes – a sign called jaundice.

Unusually severe inflammation of the liver

Pediatric gastroenterologist Dr. Heli Bhat of the Masonic Children’s Center M Health Fairview in Minneapolis treated two children who are part of the CDC investigation. This week, one, a 2-year-old child from South Dakota, had a liver transplant.

Bhat says liver failure in children is “super rare”. And even before scientists began tracking the outbreak, half of the cases were never explained.

Doctors who have treated these children say their cases have been remarkable.

“Even during the first case, I thought it was weird,” said Dr. Marcus Buchfelner, a pediatric infectious disease specialist at the University of Alabama at Birmingham whose staff began observing the cases in October.

“And then when the second one came, I said, ‘Okay, we need to talk to someone about this.’ “He turned to senior doctors in his office who contacted the State Department of Health and the CDC.

Buchfelner says these cases were distinguished by the fact that the inflammation of the liver was very strong.

Sometimes common viruses, such as Epstein-Barr or even SARS-CoV-2, slightly increase liver enzymes in a child, indicating what Buchfelner calls “small pieces of hepatitis,” but children usually recover when their bodies fight infection. .

“But it is very strange to see a healthy child with the same liver damage that these children had,” he said.

Initially, UAB observed nine children with unexplained hepatitis, and all nine tested positive for adenovirus in their blood. None of them had a positive test for Covid-19 during hospitalization and had no documented history of Covid-19, Butler said at the briefing.

Since then, two more children have been identified in Alabama. Their cases are being investigated, bringing the total in the state to 11, said Dr. Wes Stablefield, a medical officer in North and Northeast Alabama.

There are about 100 types of adenoviruses. It is known that about 50 of them infect people, so experts needed to take a closer look at the virus to try to find out if all the children were the same.

When the researchers tried to read the adenovirus genes in infected children, only five had enough genetic material to get a complete sequence. In all five, the virus had a special genus called adenovirus 41. It usually causes diarrhea and vomiting in children, sometimes with congestion or cough, but has never before been associated with liver failure in healthy children.

Butler said Friday that adenoviruses 40 and 41 have been linked to hepatitis, but almost exclusively in immunocompromised children.

Tips from the UK

Also on Friday, researchers from the UK Health Agency released a new technical briefing with information on the hepatitis investigation. Of the 163 cases, 126 patients were screened for adenovirus, and 91, or 72%, were positive for this pathogen.

The researchers tried to sequence the entire adenovirus genome in one of the patients, but were unable to obtain a sample with enough virus to do so. There were 18 cases where they were able to partially sequence the genome, and all of them were adenovirus 41F, the same found in cases in the United States.

Many are wondering if these cases may be in some way related to SARS-CoV-2, the virus that causes Covid-19.

UK investigators say they are still considering the possibility, but only 24 of the 132 patients tested – 18% – have been diagnosed with SARS-CoV-2.

The report says they do not rule out the role of Covid-19 infection in these cases. Perhaps a previous Covid-19 infection somehow prepared the immune system to make these children unusually susceptible, or perhaps co-infection with the two viruses overwhelms the liver.

Researchers also want to know if hepatitis is part of any syndrome that affects children after SARS-CoV-2 infection, as a rare complication called multisystemic inflammatory syndrome in children or MIS-C.

Another working theory of British researchers is that these children have some kind of ultra-large or irregular immune response, perhaps because during the pandemic they were sheltered more than usual.

Another theory is that adenovirus has always been able to cause liver failure in a small percentage of infected children, and these rare cases are detected only because it causes an exceptionally large wave of infections.

And investigators in the UK say they are still testing for drugs, toxins or possibly environmental exposure, although some infection may be the cause.

Analysis of the role of adenovirus 41

Another thing that surprises doctors, Buchfelner says, is that they found adenovirus in blood samples but not in liver tissue samples taken during a biopsy of patients in Alabama.

In the case of Bhat, a child from South Dakota, there was also a positive adenovirus in her blood but not in her liver.

If adenovirus 41 is somehow responsible in these cases – and this is still important – Buchfelner says he does not know why it is found only in the blood but not in severely damaged liver tissue. But he has some theories.

“Perhaps the liver clears the virus before it is excreted into the bloodstream,” he said. “And so by the time liver damage was done and we were doing a biopsy, the immune system had already cleared the virus from the liver. And what’s left is just inflammation.”

His second theory is that it is not the virus itself that is responsible for liver damage, but perhaps the immune system overreacts when trying to fight the virus, and ultimately damages the liver.

Adenovirus infections are common, so perhaps the detection of the virus in some of these patients is a coincidence. “We are not 100% sure that this is the adenovirus. There is still a lot to know, ”Bhat said.

In a statement on the April 29 case, the CDC wrote: “We believe that the cause of these cases may be adenovirus, but other potential environmental factors and situations are still being investigated.”

Butler said Friday that experts are considering a number of options, including contact with animals.

“We are really throwing away a wide network and staying open about whether adenovirus data can reflect an innocent observer, or whether there may be factors that cause adenovirus infections to manifest in ways that were not common before,” he said. said.

Investigators say they know the news may worry parents.

Butler says investigators still believe these cases are very rare. They do not increase, for example, children admitted to hepatitis clinics.

“We are still telling at least our families here in Alabama – and I would urge other families in the same way – not to worry about it yet.” Said Buchfelner. “I mean, after all, it’s still a pretty rare occurrence.”

Buchfelner says adenoviruses are commonly spread in kindergartens and schools. They usually cause nothing worse in a few days than something like the stomach flu.

“It has been around for a long time and it will continue. And in total we only have about 200 cases that have been reported worldwide. So it’s not a situation like the Covid pandemic where everyone should be really concerned about that,” he said. he.

How will Justin Herbert’s injury affect his Jaguars-Chargers status?

See all the final sketches of the stars leaving “SNL”.