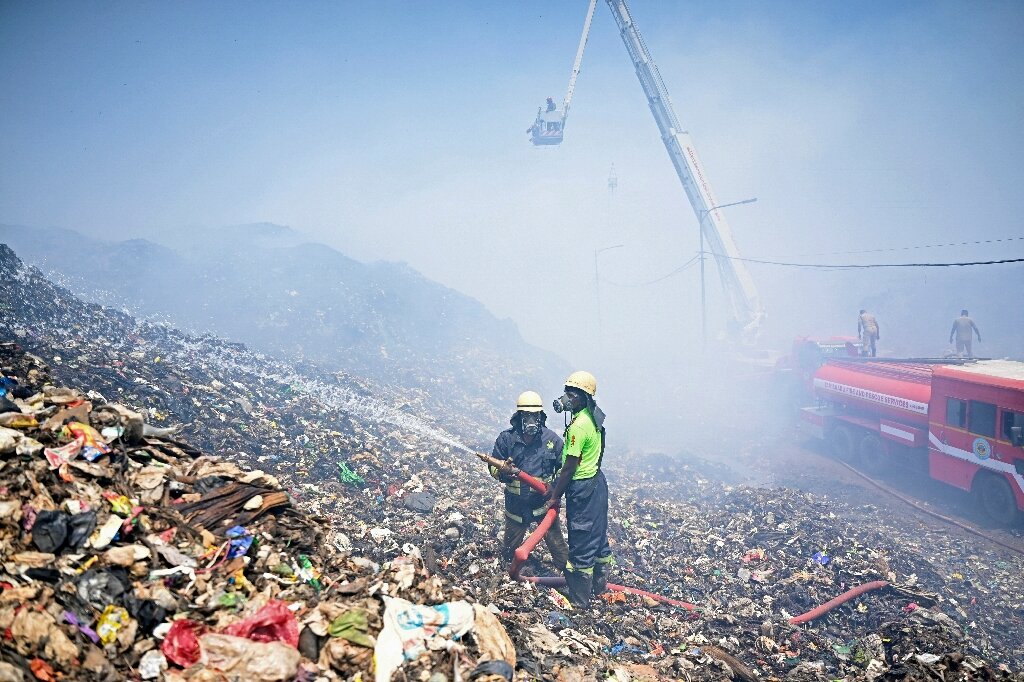 Reforms to the way societies collect and treat waste could reduce global emissions of planet-warming methane, a new report said Monday, noting that simple measures like composting were a climate solution that was “staring us in the face.”

Governments around the world have pledged to cut emissions methane (CH4)—which absorbs 80 times more solar radiation for shorter periods than carbon dioxide— in the fight to curb global warming.

Human-caused sources of the powerful greenhouse gas are mainly livestock and manure processing, which account for about 30 percent of the anthropogenic gas. methane emissionsfollowed by the oil and gas sector (19 percent) and landfills (17 percent), according to UN climate experts.

A new report by the Global Alliance for Incinerator Alternatives (GAIA) found that simple changes in the waste sector, particularly in urban areascould cut down carbon emissions which is equivalent to the annual emissions of 300 million cars.

The authors looked at “zero waste” strategies such as separation of organic materials, composting, recycling of inorganic materials and overall reduction of waste products.

The authors said that focusing on waste reduction would not only combat the methane that leaks from landfills as organic matter rots, but could also make a major dent in carbon pollution from the production, transportation and use of goods.

“Better waste management is the solution to climate change staring us in the face,” said report co-author Neil Tangri of GAIA.

“It doesn’t require flashy or expensive new technology – it’s just about paying more attention to what we produce and consume, and how we dispose of it when it’s no longer needed.”

The authors emphasized that tackling waste was a key element in achieving the desired goal of the Paris Agreement to limit global warming 1.5 degrees Celsius above pre-industrial levels.

The researchers modeled the potential emission reductions of eight cities around the world and found that, on average, they could reduce emissions in the waste sector by almost 84 percent.

Methane is responsible for about 30 percent of global warming to date.

A powerful greenhouse gas, it only stays in the atmosphere for a fraction of the time that CO does2, but retains heat much more efficiently. The gas level is the highest it has been in at least 800,000 years.

At last year’s COP26 climate summit in Glasgow, more than 100 countries agreed to cut emissions by 30 percent by 2030 as part of the Global Methane Pledge. But several major methane emitters, including China, Russia, Iran and India, have not signed on.

“This highlights the absolute need to reduce root sources waste by changing our patterns of production and consumption — using all the tools at our disposal to achieve the necessary significant reductions in emissions.”

2022 FIFA World Cup: what USMNT wants to achieve in the June matches

Microsoft is experiencing a potential network issue for programs such as Outlook, Teams; ...

The similarity of hepatocytes from the liver and from stem cells...