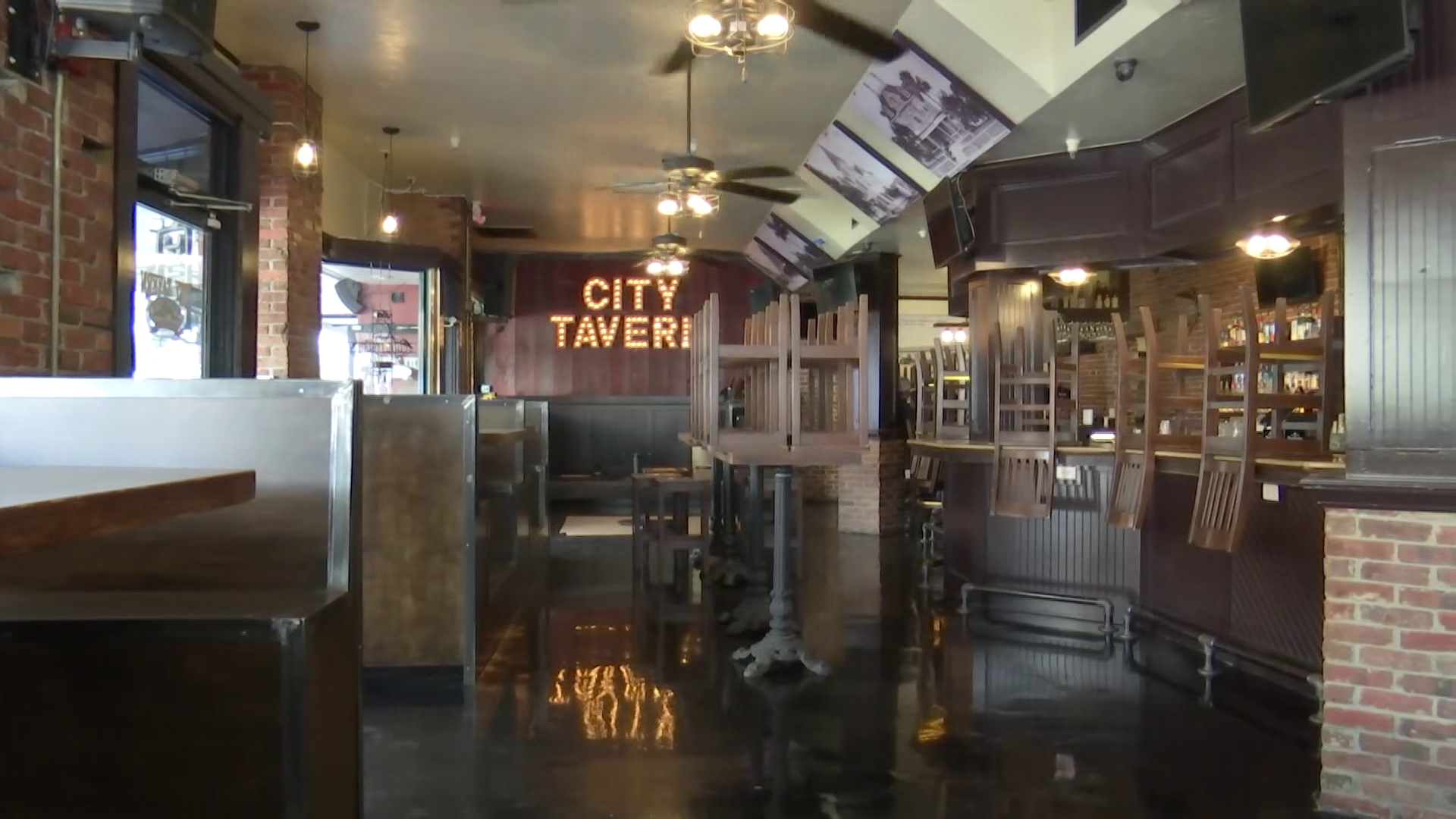 It was hard to see what the storm had done to the City Tavern and the rest of downtown. That’s how they did the necessary repairs, but that’s behind us.

“My God, looking back yesterday, you’re standing there. And it’s, it’s kind of like a town pub, and finally, and we’re just thrilled that it’s emotional. You know, you’re just like, oh my god, we’ve been waiting for this,” Fitzmaurice said.

Fitzmaurice is thrilled that the restaurant has joined others welcoming customers back after some tough times. “So we can see everyone getting their heads around it and they can’t wait to see us. We can’t wait for them to come back. We missed all our regular visitors. We miss all the new people we’re going to meet, you know?”

“I’ve been coming here off and on for years. Yes absolutely. Everyone I know comes here eventually. So, by the river. So everyone is down here anyway. So this is a very important place,” Dunn said.

City Tavern had a big turnout for its soft re-opening on Wednesday night.

The restaurant told WINK News that they only received some of the permits they needed earlier in the day and were waiting for the official opening until then.

City Tavern has been letting people know by word of mouth that it is ready for diners again. They say they were delighted to see so many familiar faces.

“I told everyone to give them what they’re used to getting because we have to come back stronger than we were when we left. So it was great. It was a very good turnout on the first night. As it is now, I wouldn’t have thought we would ever close,” said Perry Hauser, City Tavern’s director of operations.

Hauser said their official grand opening is coming soon, and they’ll post the date on their Facebook page once it’s finalized.

Firestone will reopen next. Managing partner Nils Richter said he expects to be back in business by the end of the month.

“We’re just happy to be open again and to have a lot of people downtown and all the people coming and enjoying it. And it is very nice to see so many happy faces again in the restaurant and on the street,” said Richter.

While those restaurants are returning, the owner of First Street has confirmed it will not reopen.

Water in the homes of Jacob Riis: Research continues to detect arsenic in a...

One of the slain UVA players attended Gulliver Preparatory School in...