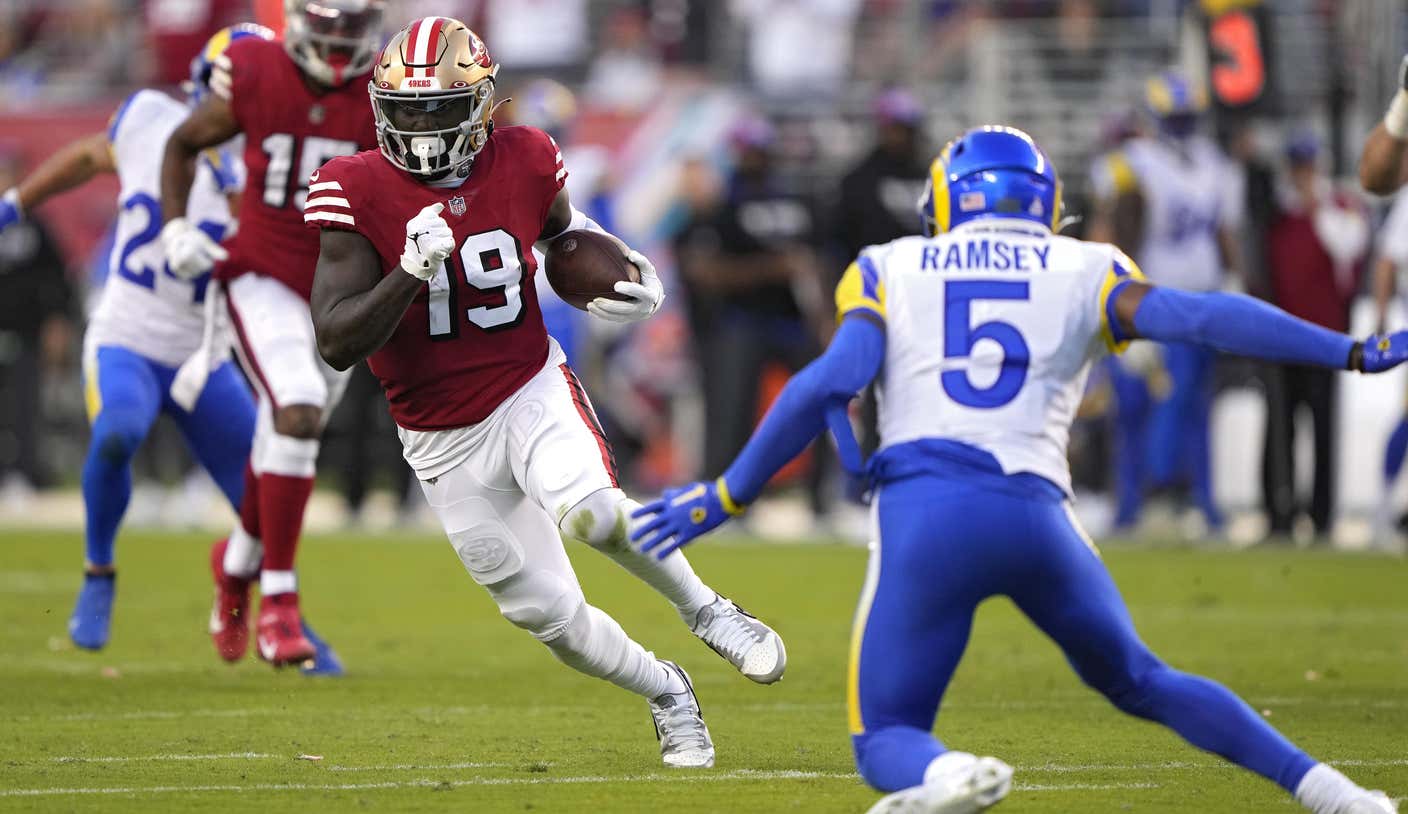 SANTA CLARA, Calif. – Nick Bosso said he watched his team’s blowout loss in the NFC Championship Game for the first time in preparation for Los Angeles Rams this week.

Watching him and his teammates fall short of the Super Bowl helped San Francisco 49ers produce a similar effort in the game they need to stay afloat in the always competitive NFC West.

“It’s hard to replicate that playoff effort in a regular season game,” Bosso said. “No matter how hard you try, it seems like the playoffs just take everything out of you.”

However, Bosa and the Niners were able to rekindle that energy with a 24-9 win over the Rams at Levi’s Stadium in a nationally televised game on Monday night. It was San Francisco’s seventh regular season win over Los Angeles.

Los Angeles had trouble defending Stafford in part because of a makeshift offensive line with the starting center Brian Allenleft guard David Edwards and right guard Coleman Shelton all unavailable due to injury.

While San Francisco was in control, the contest was only a one-possession game midway through the fourth quarter. However, the second year of security Talanoa Hufang perfectly reads the screen designed for Cooper Kuppjumping a route for an interception and returning it 52 yards for a score, ending the game with 6:56 left.

“They were just spinning screens all night,” Hufanga said of the performance. “I saw a different release than I’m used to. So instead of going and going after my man, I just turned and the ball kind of fell in my face.”

Hufang’s game was a revelation for the Niners. A USC a product working out with Hall of Famer and fellow Trojan Troy Polamalu in the offseason, Hufanga has become a playmaker for San Francisco’s already talented defense.

“He’s really smart,” Bossa said. “He’s an incredible blitzer and he can do just about everything on the field.”

Maybe Samuel had a breakout day against the Rams, finishing with six catches for 115 receiving yards and a score.

Samuel’s big play came with 2:46 left in the first half to put his team up four points. The play almost went the other way for a touchdown as the Rams cornerback Derion Kendrick skipped the route in the apartment.

But he couldn’t come down with the ball, and Samuel rushed for a 57-yard touchdown, breaking up a potential tackle with a safety Taylor Rep and cornerback Jalen Ramsey along the way.

That play put San Francisco up 14-6 at halftime.

In eight games against the Rams, Samuel had 759 yards and seven touchdowns, seven of which were wins.

“He gets us in our biggest moments all the time, especially against that damn team,” Niners offensive tackle Mike McGlinchey said. “I’m very happy that he is on our side and that he helps us out, creates a spark for us when we need it. He’s just such a stud.”

After San Francisco’s win over the Rams, both teams are now 2-2 with the Seattle Seahawks and Arizona Cardinals in the NFC West.

Kupp finished the game with 14 receptions on 122 carries on 17 targets, but his longest play was for 18 yards as San Francisco did a good job of limiting Los Angeles’ explosive plays.

The Rams didn’t have an easy time setting up the run either, with just 57 yards on 18 carries.

“The story of the night from an offensive standpoint is self-inflicted,” McVay said. “It’s just neck-and-neck mistakes when we don’t do the things we’re capable of. And I expect us to be better than that.”

Bobby Wagner led the Rams with 10 combined tackles, including one for which he was not credited in the stats, hitting a fan who slipped past security and ran down the field with a pink smoke bomb.

San Francisco head coach Kyle Shanahan added, “I saw Bobby Wagner strike somebody out. That was cool to see.”

Stafford completed 32 of 48 passes for 254 yards, no touchdowns and an interception that was returned for a score. Stafford also lost a fumble and has seven losses on the year. Last year, Stafford led the league in interceptions with 17.

Jeff Wilson Jr. led the Rams 74 yards, including a big run up the middle for a 32-yard touchdown to open San Francisco’s scoring.

Eric D. Williams has covered the NFL for more than a decade, covering the Los Angeles Rams for Sports Illustrated, the Los Angeles Chargers for ESPN and the Seattle Seahawks for the Tacoma News Tribune. Follow him on Twitter at @eric_d_williams.