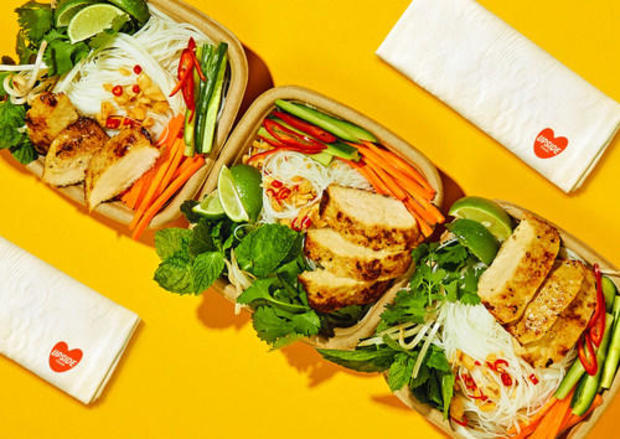 For the first time ever, the FDA gives the green light to lab-grown meat. The agency said in a statement Wednesday that the “cultured chicken” product made by Upside Foods is safe to eat.

The FDA “has evaluated the information provided to the agency and at this time has no further questions about the firm’s conclusion on safety,” the agency said.

“This is a watershed moment in the history of nutrition,” said Uma Valletti, CEO and founder of the Berkeley, California-based company. “U.S. consumers will soon be able to eat delicious meat grown directly from animal cells.”

According to his company, cages from a single chicken can produce the same number of birds that are now produced from hundreds of thousands of farmed birds.

Although the agency has deemed Upside Foods’ chicken safe to eat, the product is not approved for sale. Upside’s remaining hurdles before it can bring its products to market involve the USDA and its Food Safety and Inspection Service.

“As this product approaches the U.S. market, we are working closely with USDA-FSIS to ensure it is properly regulated and labeled,” the FDA said.

Valletti, a cardiologist, founded Upside in 2015 after inventing what is now called “cultured” meat while working at the Mayo Clinic growing human heart cells in the lab, he recently told NPR. Scientists could take cells from animals via needle biopsy and feed them nutrients to reproduce and produce lab-grown meat, he reasoned.

After regulatory approval to sell its cultured products, including chicken fillets, Upside’s Emeryville, Calif., manufacturing facility will be able to produce more than 50,000 pounds a year, according to the company.

Everything we learned from the BMF documentary