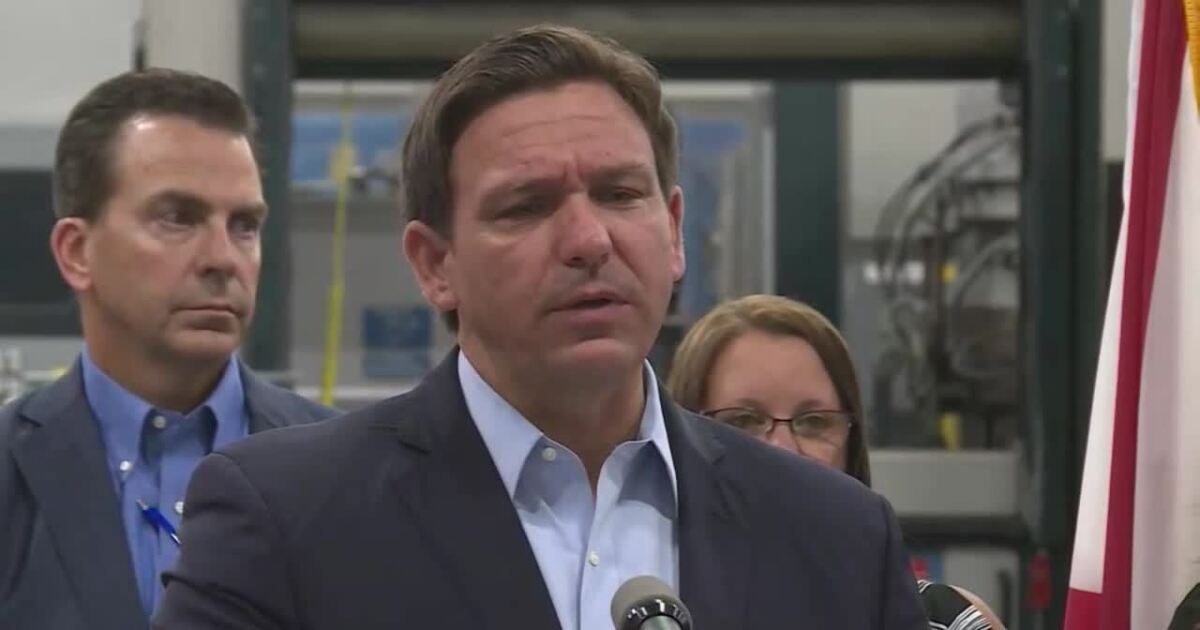 The state Department of Education rejected the program in a letter last week to the College Board, which oversees AP classes.

Florida education officials did not specify exactly what content the state found objectionable, but said, “As presented, the content of this course is inexplicably inconsistent with Florida law and significantly lacks educational value.”

“In the future, if the college board wants to return to discussing legitimate, historically accurate content, (the education department) will always be willing to reopen the discussion,” the letter said.

The College Board said in a statement: “Like all new AP courses, AP African American Studies is undergoing a rigorous, multi-year pilot phase gathering feedback from faculty, students, academics and policymakers.”

“The process of piloting and revising the course framework is a standard part of any new AP course, and as a result, the framework often changes significantly,” the statement said.

The College Board website describes the course as interdisciplinary, touching on literature, the arts, the humanities, political science, geography and the natural sciences. The pilot program will debut in 60 schools across the country before expanding to additional schools. The organization has been working on the course for more than a decade, according to its website.

DeSantis, potential 2024 Republican presidential candidatehas opposed what he calls liberal ideology in schools, including lessons on critical race theory that addresses systemic racism and has become a frequent target of conservatives.

Last year, the governor signed a law called Stop the WOKE Act which limits some racial conversations and analysis in schools and businesses. The law prohibits instruction that says people of one race are inherently racist or should feel guilty about past actions by others of the same race, among other things.

Most recently, the governor’s budget office called on public colleges to provide information on spending on programs related to diversity, equity and inclusion, as well as critical race theory, raising concerns about possible cuts in funding for such initiatives.

Sharon Courtney, a high school teacher in Peekskill, N.Y., who teaches an African-American studies course, said her students were “shocked” to learn Florida had blocked the class. She described it as a factual African history course that also details what Africans experienced after arriving in North America.

“There’s nothing wrong with that, it’s a story that’s not traditionally taught in the United States in grades K through 12,” she said, “but it’s also a story that, once learned and understood, can change and improve race relations.”

The children, 2 months and 2 years old, have disappeared from Lee County