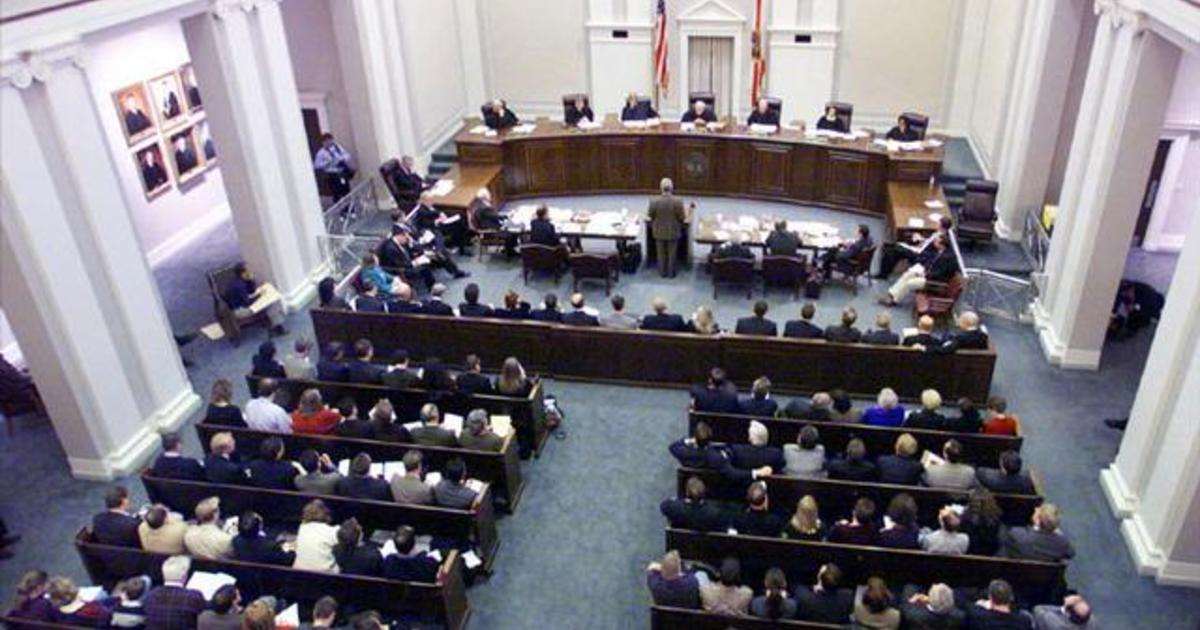 Florida’s Supreme Court on Monday rejected requests to strike down a law that bans abortions after 15 weeks of pregnancy.

In a 4-1 decision, the justices denied a petition by seven abortion clinics and a doctor to stay a ruling by the 1st Circuit Court of Appeals that upheld the law. The one-paragraph decision does not outline the Supreme Court’s reasoning.

At a minimum, the decision will keep the law in place until the Supreme Court can rule on the main issues in the case. Justices Charles Kennedy, Ricky Paulston, John Curiel and Jamie Groshans formed the majority, while Justice Jorge Labarga wrote a brief dissent.

“Given this (Supreme) Court’s long-standing precedent, I conclude that petitioners have met the strict burden necessary for this Court to set aside the decision of the First Circuit Court of Appeals pending review by this Court,” Labarga wrote.

The majority’s decision did not directly address the central question in the case: whether the Supreme Court would overturn decades of legal precedent that said the privacy clause of the state constitution protects abortion rights.

The decision, and a similar 4-1 ruling Monday on another issue related to the suspension, came about five months after the 1st Circuit Court of Appeals overturned a temporary injunction issued by Leon County Circuit Judge John Cooper, who said the 15-week limit violates the privacy clause of the Constitution.

The appeals court ruled that the plaintiffs could not show “irreparable harm” from the 15-week limit, which lawmakers and Gov. Ron DeSantis approved last year during a national debate over abortion rights.

The clinics and Dr. Shelley Hsiao-Ying Tien filed suit on June 1, and Cooper issued a temporary restraining order on July 5. The state immediately filed an appeal, which, according to legal rules, automatically stayed Cooper’s order — the 15-week deadline. there is a limit.

In an Aug. 31 stay motion filed with the Supreme Court, the plaintiffs argued that the 1st Circuit Court of Appeals did not follow precedent.

“Granting the plaintiffs’ requests to stay the First DCA’s decision and allow the injunction to take effect would restore the status quo while litigation continues and allow Florida residents to resume exercising their constitutional right to decide whether to carry a pregnancy to term or obtain a pre-viability abortion — a right, which this (Supreme) Court has repeatedly recognized embraces Florida’s constitutional right to privacy,” according to a brief filed by attorneys for the American Civil Liberties Union, Planned Parenthood, the Center for Reproductive Rights and the national law firm Jenner & Block.

But in September, Attorney General Ashley Moody’s office urged the Supreme Court to reject the request for a stay — and go further, finding that the privacy clause does not apply to abortion rights.

“Florida’s privacy statute creates the right ‘to be in peace and to be free from governmental intrusion into one’s private life,'” Moody’s office lawyers wrote in a statement. “This language is naturally read to limit government surveillance and information gathering, but not to establish the freedom to destroy unborn (or any other) life.”

If the Supreme Court ultimately agrees with Moody’s arguments, it could clear the way for DeSantis and the Republican-controlled Legislature to enact more abortion restrictions. Since DeSantis took office in 2019, the court has been dominated by conservative justices, at least in part due to the retirement of three longtime justices, Barbara Pariente, R. Fred Lewis and Peggy Quince, who helped make up the more liberal the majority.

750 victims file lawsuits against New York State alleging they were sexually assaulted in...

Celebrities cast a shadow for the June twilight

Gloria singer Jimmy Sons, frontman of The Shadows of Knight, has died at the...

Gadsden County is celebrating the completion of new homes