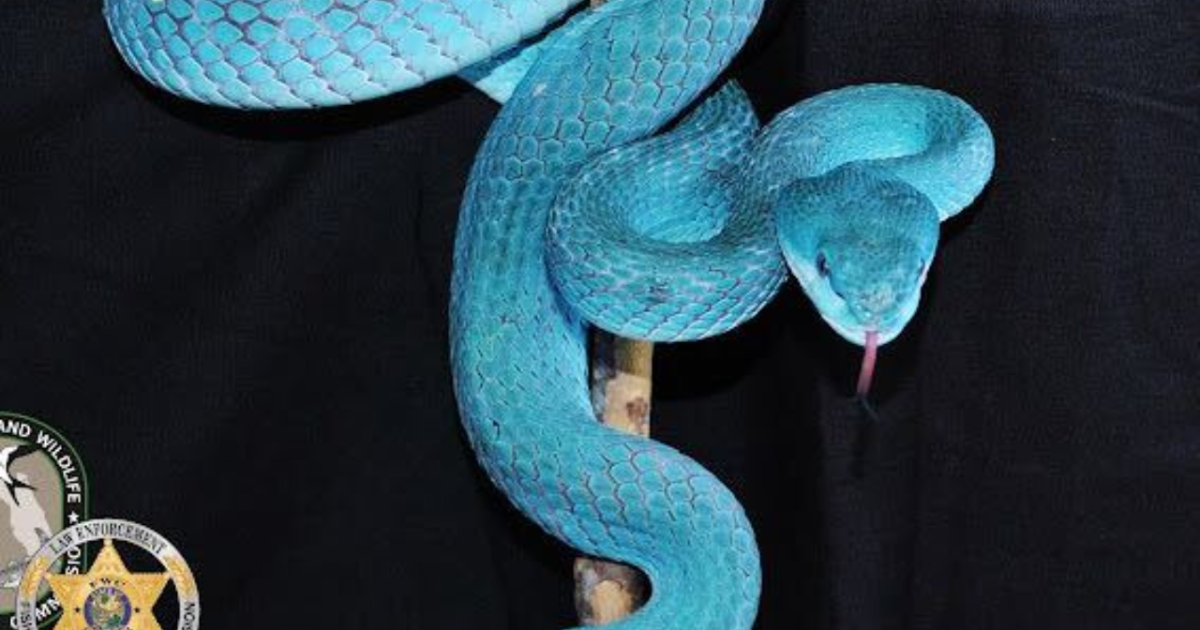 TAMPA, Fla. — The Florida Fish and Wildlife Conservation Commission says a two-year investigation has uncovered an illegal trade in snakes in the state of Florida.

The FWC said it has received complaints and reports indicating that there is a black market in Florida for the sale and purchase of illegal and poisonous reptiles.

“These snakes came from all over the world. They came from Australia, Asia, Africa, Central and South America. Many of these have caused deaths in many of these countries, particularly in Africa,” said Maj. Randy Bowlin, FWC DLE’s Investigations and Intelligence Division. Leader.

In 2020, the FWC began a long-term investigation with undercover investigators to determine the extent of the illegal activity. The FWC said investigators traded nearly 200 snakes of 24 species with wildlife dealers.

If these illegal and non-native species escaped, they could easily live and breed in Florida’s subtropical climate.

“Some of these snakes are some of the most dangerous in the world,” Major Bowlin said.

The FWC said much of the illegal activity was initiated on specialized websites or private social media pages. Once the black market deals were arranged, the offenders quickly moved to face-to-face meetings where they arranged to buy or sell the potentially lethal species to undercover operatives.

FWC officials said some of these individuals included wholesalers who imported large shipments of non-native venomous snakes from around the world. The FWC obtained search warrants for many social media accounts to prove illegal activity and identify additional entities.

In Florida, a license is required to own venomous reptiles.

“These regulations are in place for public safety as well as to protect Florida’s ecosystems. They are brought in from all over the world and they can bring diseases with them,” Major Bowlin said.

According to the Wildlife Conservation Society, wildlife trafficking is estimated at $7.8 billion to $10 billion annually.

FWC officials said wildlife trafficking ranks fourth behind drugs, arms and people in global activity and is often a nexus of other illegal activities.