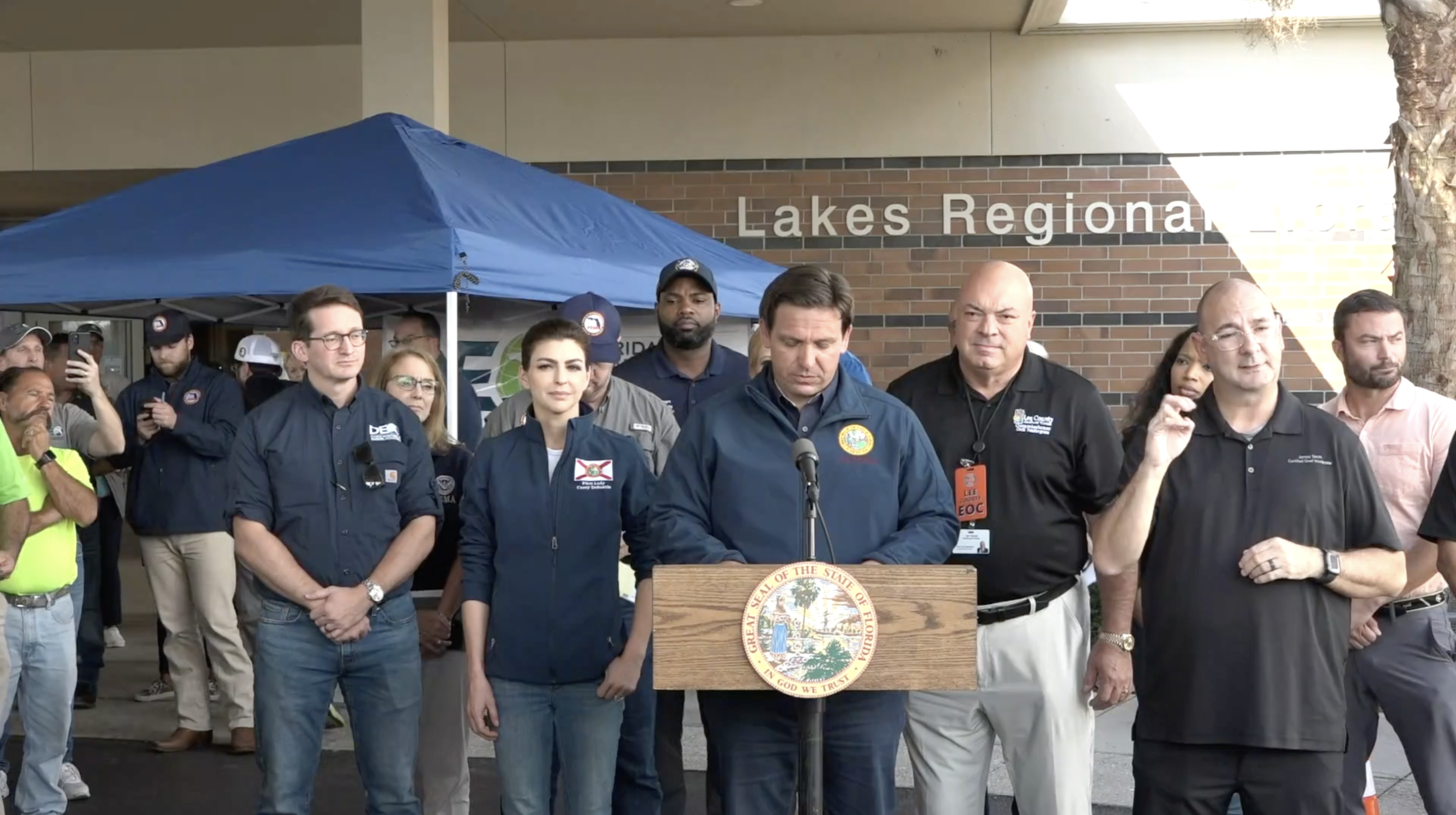 DeSantis also said bids will be accepted from contractors who want to repair Sanibel Road. According to him, the project will be more complicated due to the fact that the bridge is broken in several sections.

Southwest Florida’s barrier islands have struggled to recover from Yan. The state plans to establish command and control centers on the barrier islands to speed up and organize relief and repair efforts

Governor DeSantis said more than 2,300 people were rescued from the storm’s destruction by more than 1,000 first responders. He said these rescue teams have cleared more than 79,000 homes and buildings so far.

During his update, the governor was joined by Florida Department of Emergency Management Director Kevin Guthrie.

Guthrie said water restoration efforts in the state are ahead of schedule.

The Florida Department of Emergency Management also said it would open an emergency field hospital at the Charlotte-Sarasota county line until hospitals in the area are restocked.

The department’s economic opportunity minister, Dane Eagle, said you can go to the state CareerSource page to find work with companies that work to pick up the pieces after a hurricane.

Florida Chief Financial Officer Jimmy Patronis said if you’re looking for a place to donate to Hurricane Ian relief efforts, you can here. He said caution should be taken with other donation websites, where it may be more difficult to track money once it has been donated.

You can watch the governor’s press conference in the player below or on by clicking here.

PokerStars is launching a product offering in Ontario