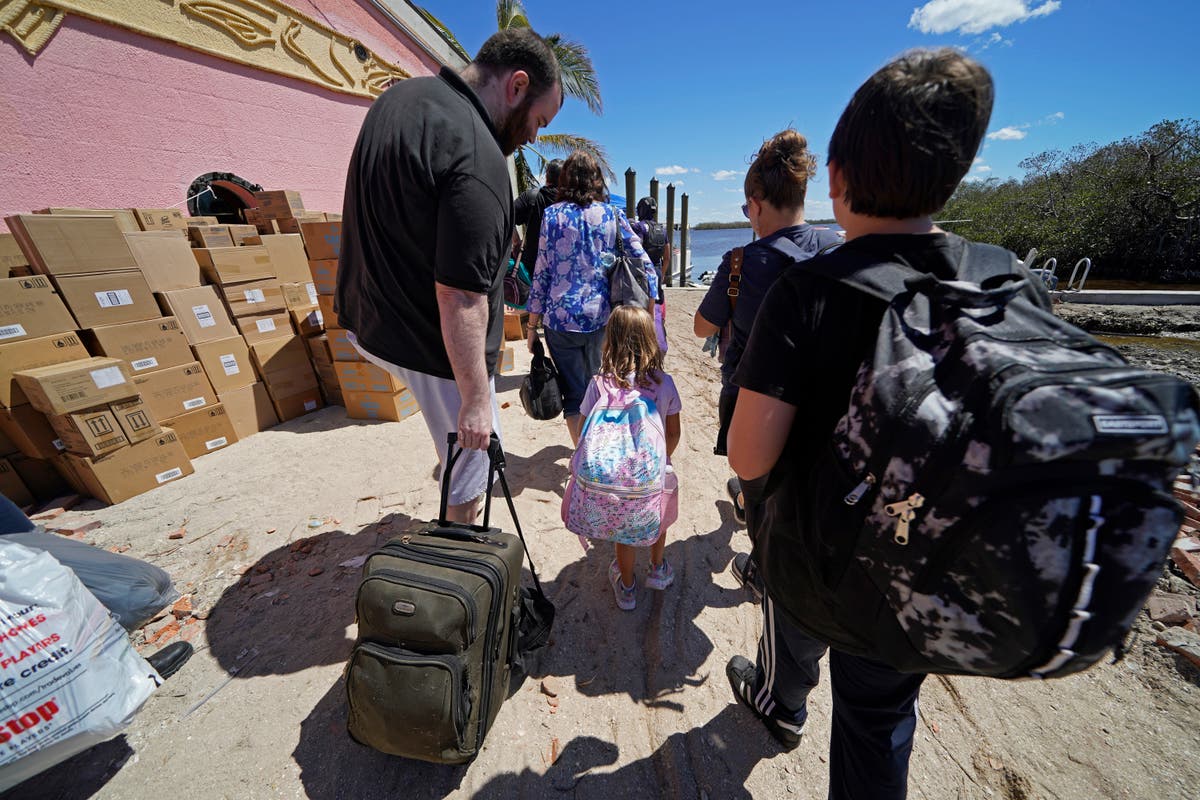 Destruction from Hurricane Jan in some parts, schools were closed indefinitely Floridaleaving storm-weary families wondering when and how children will be able to return to classrooms.

As rescue and recovery efforts continue in the aftermath of the storm, several school systems in the hardest-hit counties in southwest Florida are uncertain when they will reopen. Some schools are without power and are still assessing the damage, as well as the impact on employees who may have lost their homes or may not be able to return to work.

Closed schools can worsen the hurricane’s impact on children. Disaster recovery elsewhere suggests that the effects on children can be long-lasting, especially in low-income communities that have a harder time rebuilding.

“In a week or two, we will forget about Hurricane Ian.” But these districts, schools and students will be struggling in the months and years to come,” said Cassandra R. Davis, an assistant professor at the University of North Carolina.

In Florida, 68 of 75 school districts are open for full-time classes, and two more districts are expected to reopen this week, the state Department of Education said Tuesday. Among those that are still closed there are Sarasotawhere nearly half of students qualify for free and reduced-price lunch, an indicator of poverty.

Abby Tarr Tremblay, a Sarasota mother of four, said her youngest, a 9-year-old boy, asks every morning when he can go back to school.

The hurricane damaged the roof of her house and the family was without power for three days. She was grateful to be out of the worst of it. But she began to worry about the consequences for her children and their education. Her son has already repeated first grade to help him catch up after the disruptions of the COVID-19 pandemic.

Online learning has recently been an option for schools struggling with disasters from the coronavirus pandemic to hurricanes, but researchers say an over-reliance on distance education is not sustainable.

Davis studied how Hurricane Matthew in 2016 and Hurricane Florence in 2018 affected student learning in the southeastern United States. She said research shows that elementary students continued to fall behind academically even two years after the storm. But areas where parents are wealthy and school budgets are healthy recover faster.

The Sarasota County School District says it hopes to reopen schools for some of its 45,000 students on Monday. School leaders are trying to rebuild buildings in the northern part of the county, which suffered less damage compared to schools in the south.

In the meantime, students can use online resources if they have Internet access, Sarasota school officials said at a news conference. The Florida Department of Education did not respond to questions about its guidance to local school systems to eliminate missed school days.

Sarasota workers are ripping out and replacing carpets and drywall where water breached school buildings, and throwing away spoiled food in the cafeteria that wasn’t refrigerated on days without power. For now, school officials say standing water is making some streets unsafe for students and families to navigate. School leaders are also assessing which teachers and other staff will not be able to return to work when schools reopen.

Two schools in the county served as shelters for displaced residents and will close Friday to give workers time to clean them up before reopening Monday.

schools in the southern part of the district, it will take “at least another week to reopen,” Superintendent Brennan Asplen told reporters Tuesday.

Rumors reached Tremblay that when schools reopened, it would be online. She hopes it isn’t. “There’s no way I can help a 9-year-old with schoolwork and continue my job,” said Tremblay, who works in a general contractor’s office.

After Hurricane Katrina in 2005, some students faced displacement for extended periods of time, up to five to six months, before being relocated, according to the study. That first year saw a drop in test scores. “Not only are they forced to move away from home, but they’re also out of school for a while,” explained Bruce Sacerdot, an economist at Dartmouth College.

Sacerdot likened the regions hardest hit by Jan to a “mini Katrina” and said students in the areas where the hurricane did the most damage are likely to feel the effects in the first year, especially if they are completely displaced and have to move to another city or state.

“Covid has also been a really major disruption and has already resulted in educational losses for these children,” he said. “It’s a double whammy for a lot of these kids. …

“Distance (learning) is better than nothing,” he said, “but it’s not as good as in-person.”

Associated Press writers Brooke Schultz in Harrisburg, Pa., and Michael Melio in Hartford, Conn., contributed to this report. Schultz is a member of the Associated Press Corporation/Report for America Statehouse News Initiative. Reporting for America is a nonprofit national outreach program that places journalists in local newsrooms to cover underreported issues.

The Associated Press Education Team receives support from the Carnegie Corporation of New York. The AP is solely responsible for all content.

Eleven injured when boat crashes and capsizes near Key West

Local politicians reacted to the adoption of the law on reducing...