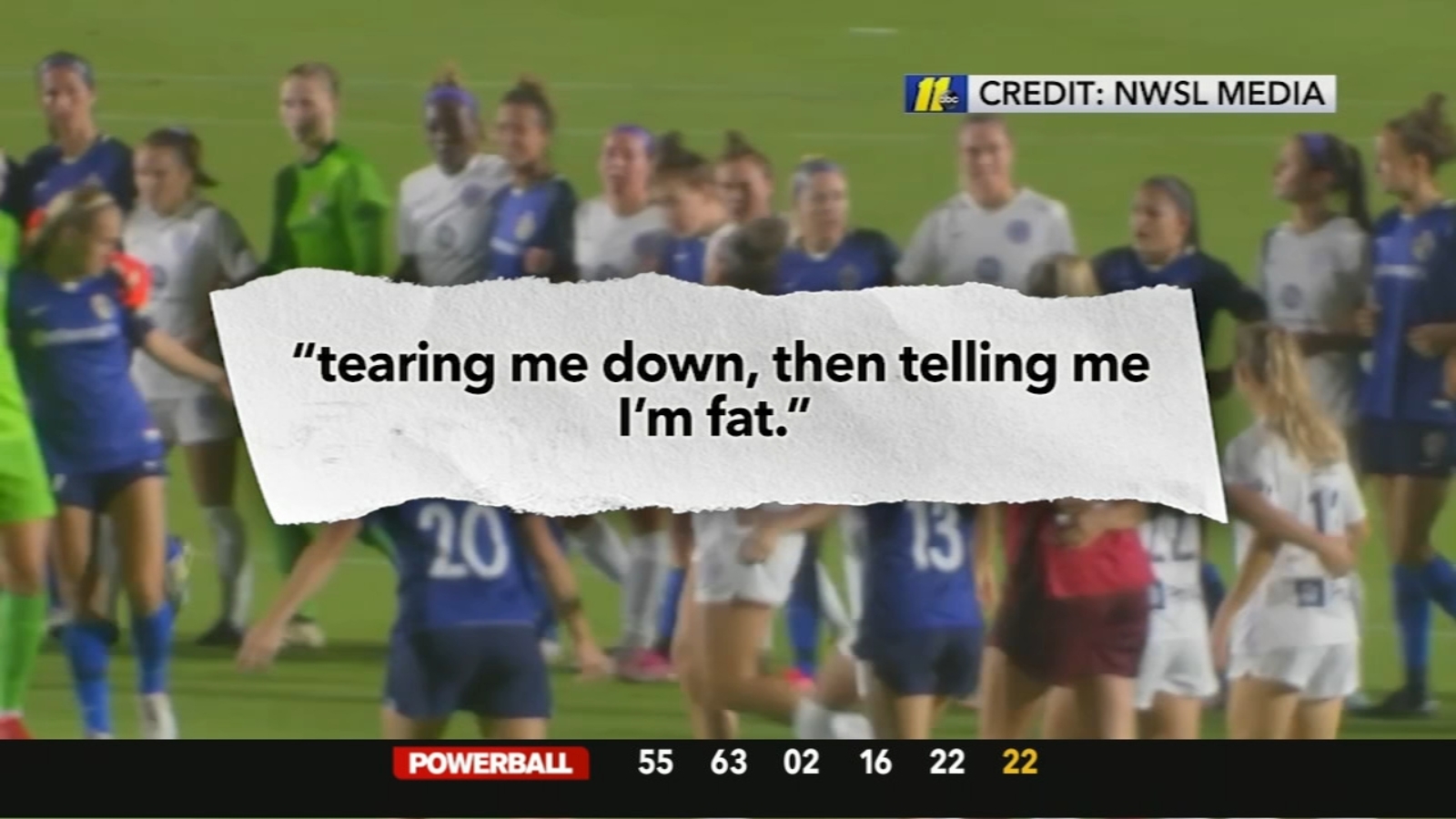 An independent investigation into the scandals that erupted in the National Women’s Soccer League last season found that emotional abuse and sexual behavior was systemic in the sport and affected several teams, coaches and players, according to a report released Monday.

“The abuse in the NWSL is rooted in a deeper culture in women’s soccer, beginning with the youth leagues, that normalizes verbally abusive coaching and blurs the lines between coaches and players,” former acting US Attorney General Sally K. Yates wrote in her investigative report. .

US Soccer commissioned the investigation from Yates and the law firm King & Spaulding after former NWSL players Sinead Farrelly and Mana Shim came forward with allegations of harassment and sexual assault a decade ago, including former coach Paul Riley. Their account was published by The Athletic in September 2021.

But it was clear that the problems were widespread. Five of the NWSL’s 10 head coaches last season were fired or resigned amid allegations of misconduct.

“The verbal and emotional abuse described by players in the NWSL isn’t just ‘tough’ training. And players who are hurt are no shrinking violets. They are some of the best athletes in the world,” Yates wrote.

Investigators interviewed more than 200 people. Documents were presented by about two dozen legal entities and individuals. US Soccer also provided the documents, and the firm reviewed 89,000 that were deemed relevant.

“The abuse described is inexcusable and has no place on any playing field, educational institution or workplace,” she said in a statement. “As the national governing body for our sport, US Soccer is fully committed to doing everything in its power to ensure that all players – at all levels – have a safe and respectful place to learn, grow and compete.”

The report made numerous recommendations to prioritize player health and safety. Among them is a requirement that teams accurately report misconduct by coaches to the league and the FA to ensure that coaches are not allowed to move between teams. It also requires significant background checks on coaches and timely investigations into allegations of abuse.

The NWSL said it is in the process of reviewing the report. The league and the NWSL Players Association are also investigating.

“We are aware of the anxiety and mental stress these pending investigations have caused and the trauma that many, including players and staff, are being forced to endure. We continue to admire their courage in sharing their stories and affecting all the changes necessary to continue moving our league forward,” said NWSL Commissioner Jessica Berman. “Building trust between the league, its players and other key stakeholders remains focus of the NWSL and we know that we must learn from the painful lessons of the past and take responsibility for them in order to move the League to a better state. future.”

It tells the story of a meeting in April 2021 between Holly and player Erin Simon, who is currently playing in Europe. Holly invited her to watch game film with him and allegedly told her that for every pass she botched, he would touch her. Simon told investigators that Holly “put her hands down her pants and up her shirt.”

Simon, who now works for Leicester City, said too many athletes suffer in silence because they fear they won’t be heard.

“I know because that’s how I felt,” the 28-year-old said in a statement. “During many difficult days, only my faith supported me and kept me going. I want to do everything in my power to make sure no other player goes through what I did. This report allows our voices to finally be heard and is the first step towards achieving the respectful workplace we all deserve.”

Holley was fired for cause, but Racing Louisville declined to publicly state the reason. Yates’ report notes that Racing did not provide investigators with details about Holley’s work, citing mutual non-disclosure and non-disparagement.

Farrelly said the harassment she experienced began in 2011 when she was a player for the Philadelphia Independence Women’s Professional Soccer League. Riley was her trainer.

She told The Athletic that Riley’s abuse continued when she played for the Portland Thorns in 2014 and 2015. Shim, a former Thorns player, also said she faced harassment. Neither woman currently plays in the NWSL.

The Thorns said they investigated Riley in 2015 while he was with the team and reported the results to the league. The contract with him was not extended, but the reasons were not published.

The report said the Thorns withheld certain information and tried to prevent investigators from using the team’s 2015 report.

“Portland Thorns has obstructed our access to relevant witnesses and made specious legal arguments in an attempt to prevent us from using relevant documents,” Yates wrote.

Riley went on to coach the Western New York Flash, which later moved to North Carolina and was renamed.

When the scandal broke last year, former Thorns forward Alex Morgan wrote on social media: “The league has been informed of these allegations multiple times and has repeatedly refused to investigate the allegations. The league must take responsibility for the process that failed to protect it from removing players from this abuse.”

Morgan also said Shim and Farrelly asked the NWSL for a new investigation into Riley’s conduct earlier last year, but were denied.

The US Women’s National Team Players Association released a statement: “All players and staff deserve to work in an environment free of discrimination, harassment and abusive behavior. The USWNTPA applauds the courage of survivors, current players and former players who have come forward to speak out against abuse , which have become too normalized in the NSWL and women’s soccer in general. At the same time, the USWNTPA is dismayed that some NWSL clubs and USSF officials have obstructed the investigation, and those who have not are required to cooperate fully with the NWSL/NWSLPA’s immediate ongoing investigation “.

US Soccer said its board of directors and management team will immediately begin implementing the report’s recommendations.

“U.S. Soccer and the entire soccer community must do better, and I believe we can use this report and its recommendations as an important turning point for every organization charged with ensuring player safety,” Parlow Cohn said. “We have a significant job to do and we are committed to this work and to driving change throughout the football community.”

“Once someone finally tells their story, other people will (come forward),” said Durham therapist Ashley Gilmore. She believes more players might want to share their experiences now that other women have gone public with their encounters with Riley.

In several cases, players recall Riley reducing or delaying playing time based on their weight or responding with fear when they did not respond positively to his alleged sexual advances. “It’s a power dynamic where you have an authority figure basically telling you that if you do this, this is what happens,” Gilmore said.

Preventive fires are credited with saving the Yosemite redwoods

AGA: Revenue from commercial games in April does not exceed $ 5 billion

1 dead, 7 injured in shooting at gas station in Oakland,...