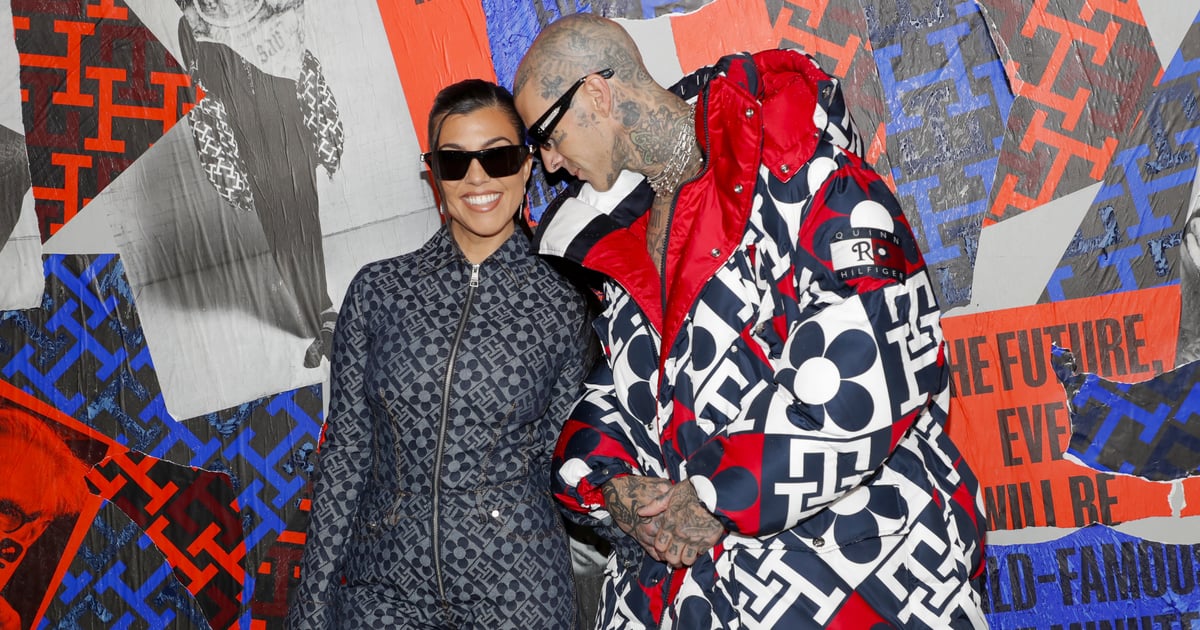 Kourtney Kardashian Barker and Travis Barker are Hollywood’s cutest BFFs for lovers, but the former admits she was hesitant to take the leap at first. In the last episode “Not skinny, but not fat either” podcast, Kardashian Barker spoke at length with host Amanda Hirsch about her new husband, whom she got married in Mayand the beginning of their romance after years of a platonic relationship.

“I think I was afraid of anything that could be real,” Kardashian Barker said on the Oct. 4 episode of the podcast, revealing that Barker’s longtime neighbor had never made a “physical move” in all their years of friendship, but he asked hang her outside.

“He asked me to go to the movies, and I just remember saying to my therapist, ‘Travis asked me to go to the movies,'” the mom of three said. “And she said, ‘And you will go?’ And I said, “I’ll never be able to go. I’ll never be able to.” And she said, “Why? You know, he sounds like a good dad.” Kardashian Barker said she was worried Barker was trying to kiss her or hold her hand, but her therapist pushed back, “So what?”

Kardashian Barker, who was previously in a nearly decade-long relationship with Scott Disick, admitted: “I had this wariness for so many years and I just think it was too real. And then the friends almost kept repeating it, kept repeating it.”

Kardashian Barker and Barker got engaged last October after confirmation their romance in February 2021. Reflecting now, Kardashian Barker said she and Barker “always” wish their friendship had grown into something bigger sooner. “We both feel that timing is everything, and the timing was perfect, and I’m grateful for everything that led me to [him]” she told Hirsch. “Exactly, you know, time and place and everything. But we’re saying it. We’re saying, ‘Oh, we could live, you know, so many more years together and do all these things for so long.’

Now, she said, they are “figuring out how to juggle our households” and their combined family of six children, and cherish their “time together.” They are in no rush to move in together right now, she said, but someday they “will” have a house together. Kardashian Barker explained, “We want our kids to feel really comfortable. They’ve both lived in their own homes for the most part, and they each have their own rooms. We’re a block away.”

Michelle Branch and Patrick Carney have been hanging out at the...