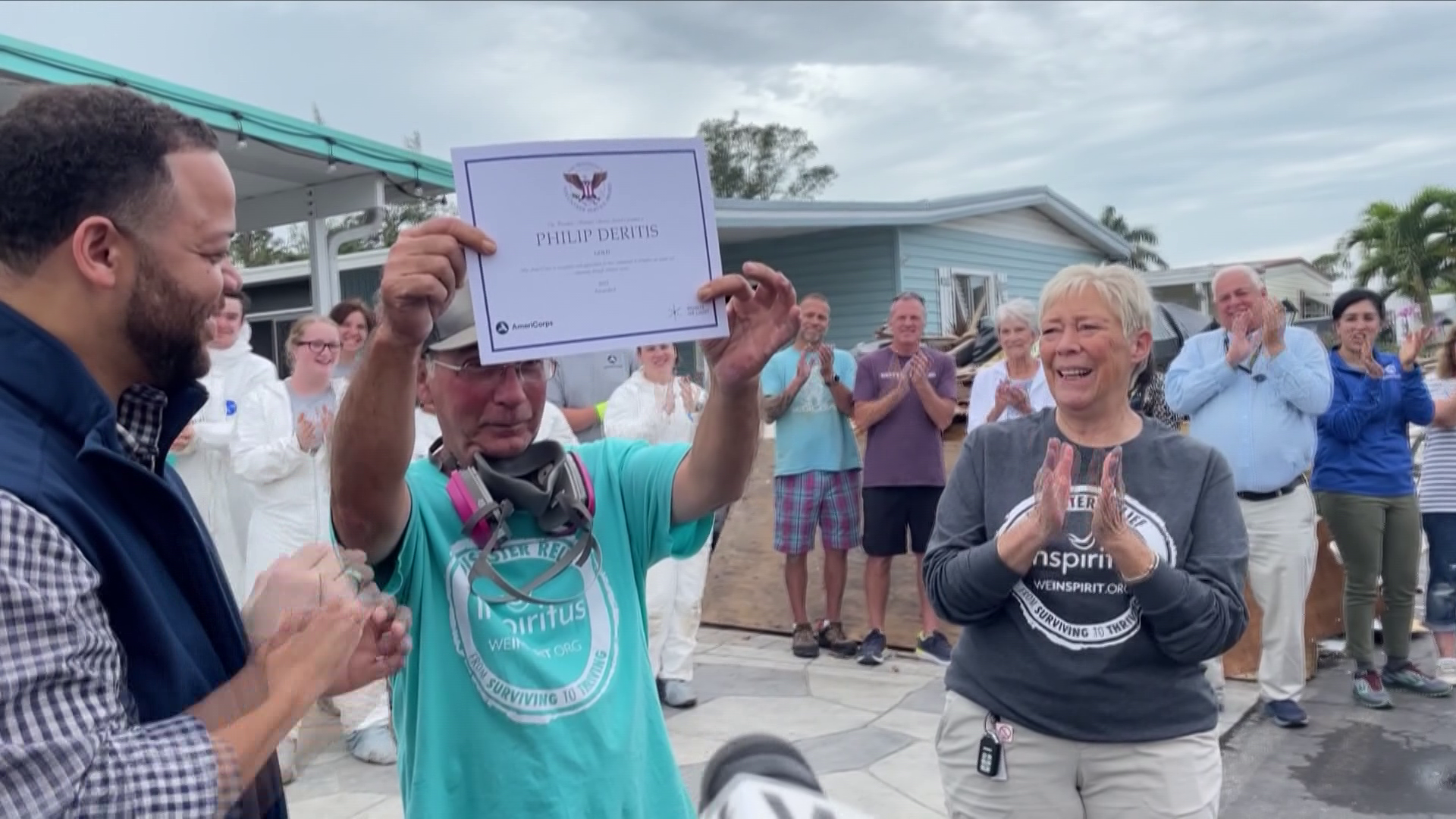 A man lost his home during Hurricane Ian, but he doesn’t let it ruin his life. Instead, Phil DeRitis dedicated nearly 650 hours of volunteer work to help our region rebuild through AmeriCorps.

On Monday, DeRitis was presented with an award signed by President Biden.

Deritis told WINK News he was stunned to learn the president appreciated his efforts.

But after the surprise, Deritis said all he wanted to do was get back to the house he was helping clean up to continue fighting for Southwest Florida with his own hands.

“I kind of lost everything in the trailer park,” DeRitis said.

“The hits are a little bit harder because I grew up here, you know, I lived in Fort Myers Beach for about 10, 12 years,” DeRitis said.

Living in Southwest Florida for 10 or 12 years makes DeRitis an avid local.

“I called my pastor, Pastor Steve Rhodes. And he basically said, “You know, I’ve got God playing for you to sleep three times a day if you want to volunteer.” And here I am almost four months later,” DeRitis said.

As the storm took so much away from DeRitis, his heart remained steadfast and strong as ever.

And for these neighbors, DeRitis got to work. Helping clean up Southwest Florida with your own hands. AmeriCorps, the state nonprofit organization he volunteered for, noted that he had worked 650 hours since Ian’s stroke.

“Phil…Ian took your house. But you turned it around and gave hope to others,” Smith said.

That’s why DeRitis was awarded the AmeriCorps Grand Prize signed by President Biden.

“So I’m proud to present you with the President’s Award for Volunteer Service,” Smith said.

Grateful for the prize and humbled to be honored, DeRitis refuses to let the prize distract him from helping his neighbors.

“Well, I was working there until Natasha pulled me over and said she wanted to talk to me, so I’m coming right back. You know, like I said, it’s not done yet. A lot of work needs to be done,” DeRitis said.

Click here to learn how you can help AmeriCorps.