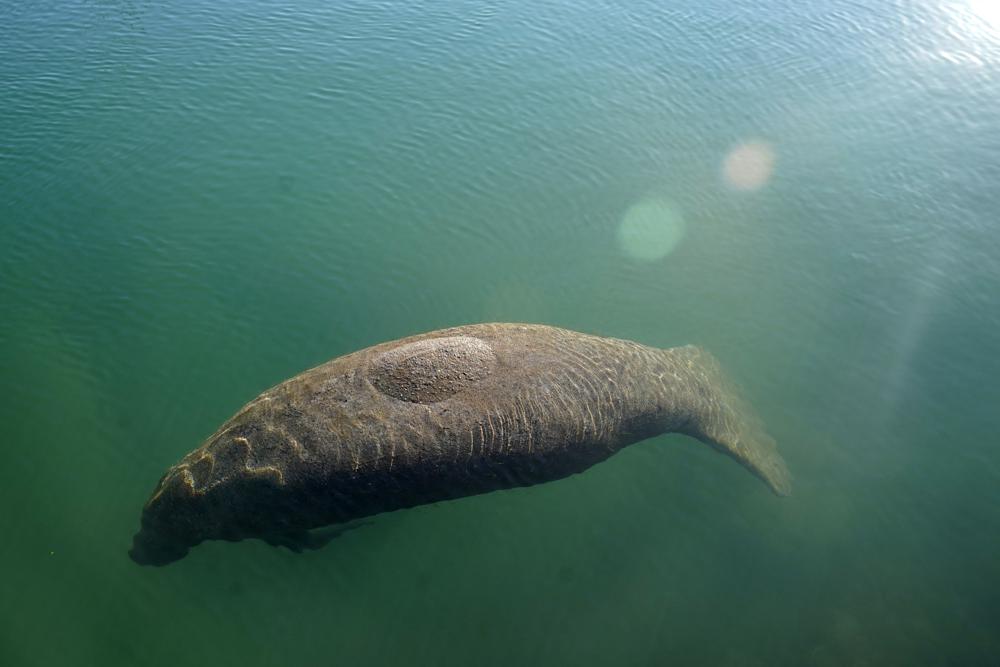 Salad will be back on the Florida Manatee menu this year an attempt to slow down starvation beloved marine mammals, wildlife officials said Wednesday.

There are already plans to resume an experimental feeding program at a thermal hydroelectric plant near Cape Canaveral. Last year, about 202,000 pounds (91,600 kilograms) of lettuce were fed to manatees, who gather there in their thousands as the weather turns colder.

The main goal is to reduce the pollution from agriculture, urban and sewage sources that has led to the death of the sea grass on which the manatees depend. One water utility found that seagrass in the critical Indian River Lagoon has declined by 75% since 2009.

“It worked really well last year. We will continue to work at this location,” said Ron Mezich of the Florida Fish and Wildlife Conservation Commission. “We hope this will never be a permanent situation. We don’t want to feed wild populations.”

The feeding program was launched last winter after a record 1,100 manatees died in 2021, mostly from starvation but also from collisions with boats. This year, up to November 4, 735 manatee deaths were recorded, state statistics show.

Manatees are gentle, round-tailed giants, sometimes known as sea cows, that weigh up to 1,200 pounds (550 kilograms) and can live up to 65 years. Manatees are Florida’s official state marine mammal, but are listed as an endangered species.

While starvation deaths are a major concern, Mezic said Florida’s manatees are not endangered.

Manatees in other parts of Florida are not at risk from food shortages and do not need the romaine and butterleaf lettuce the state will provide on the state’s east coast, officials said.

The exact start date for the feeding program has not been determined, but it is likely to be in December.

Meanwhile, chronically malnourished manatees continue to be rescued and rehabilitated at facilities across the country, including SeaWorld Orlando, zoos and other aquariums, said Terry Kalleson, a biologist with the U.S. Fish and Wildlife Service. She said there are currently about 80 calves at the sites, including some orphaned calves.

“It’s still a lot higher than it was five years ago,” Calleson said. “We already have emaciated manatees coming to us.”

The long-term solution is to improve water quality so that algal blooms and other pollution-related problems don’t kill the seagrass that manatees depend on, said Tom Reinert, spokesman for the FWC’s manatee program.

Although water quality along the state’s east coast has improved and some seagrasses are growing naturally again, nursery-grown seagrass will be needed to restore manatee forage to acceptable levels, he said.

Study shows lockdown has led to high levels of stress and anxiety among pancreas...

A one-stop solution for all credit needs