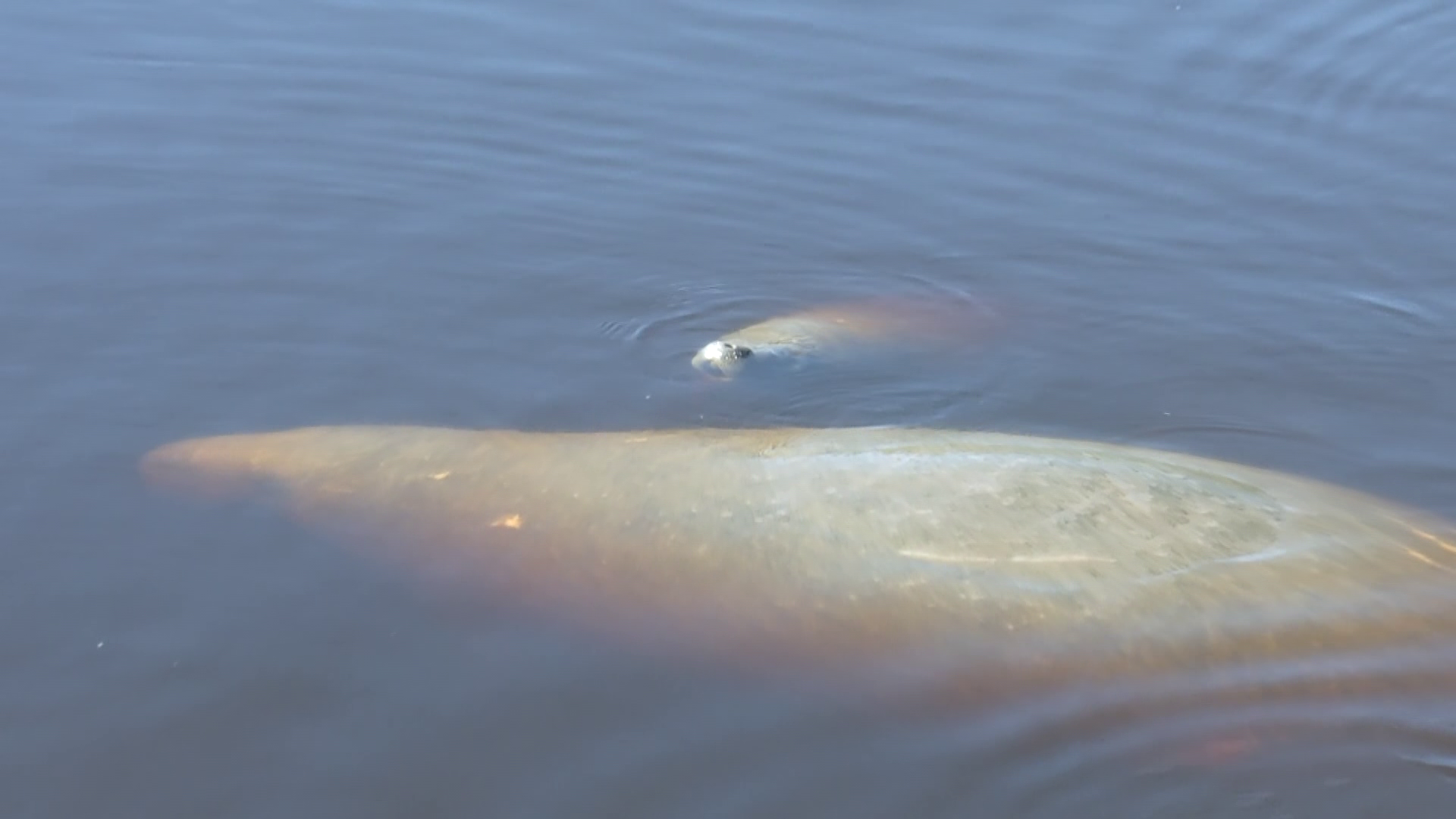 Visitors to Manatee Park had a special treat Monday as they watched the gentle giants move into the warmer waters of southwest Florida.

When the temperature in the Gulf of Mexico drops below 68 degrees, manatees instinctively seek warmth by going into the water near power plants, such as the one at Manatee Park.

Some visitors to Southwest Florida and the park, like Crystal and Andrew Eastwood from Canada, don’t get to see the beautiful animals very often.

“Oh, no, no, no. It’s definitely a special place for Florida,” said Crystal and Andrew.

Very special, but every year it gets rarer for Floridians as well. The Florida Fish and Wildlife Conservation Commission estimates there are only 7,500 manatees left in Florida waters.

“It is very important that we preserve the future of this breed and this animal for our future generations, such as our children,” said Fort Myers residents Canaan and Kevin Sculla.

Collisions with boats, habitat loss, starvation, and the effects of harmful algal blooms are all major threats to manatees. The FWC reported 800 manatee deaths in 2022. While this is less than the 1,100 reported in 2021, it is still higher than the 5-year average of 741 deaths per year.

“Pretty special animals and we have to do the right thing to make sure they survive,” said Canaan and Kevin.

And hopefully there is some strength in numbers as around 150 gentle giants enjoyed the warmer waters at Manatee Park.

One manatee rescued from the manatee park will be returned to the Tampa Zoo and Seaworld on Tuesday after a year of rehabilitation.

Black China is training before the boxing match, the video shows her sparring