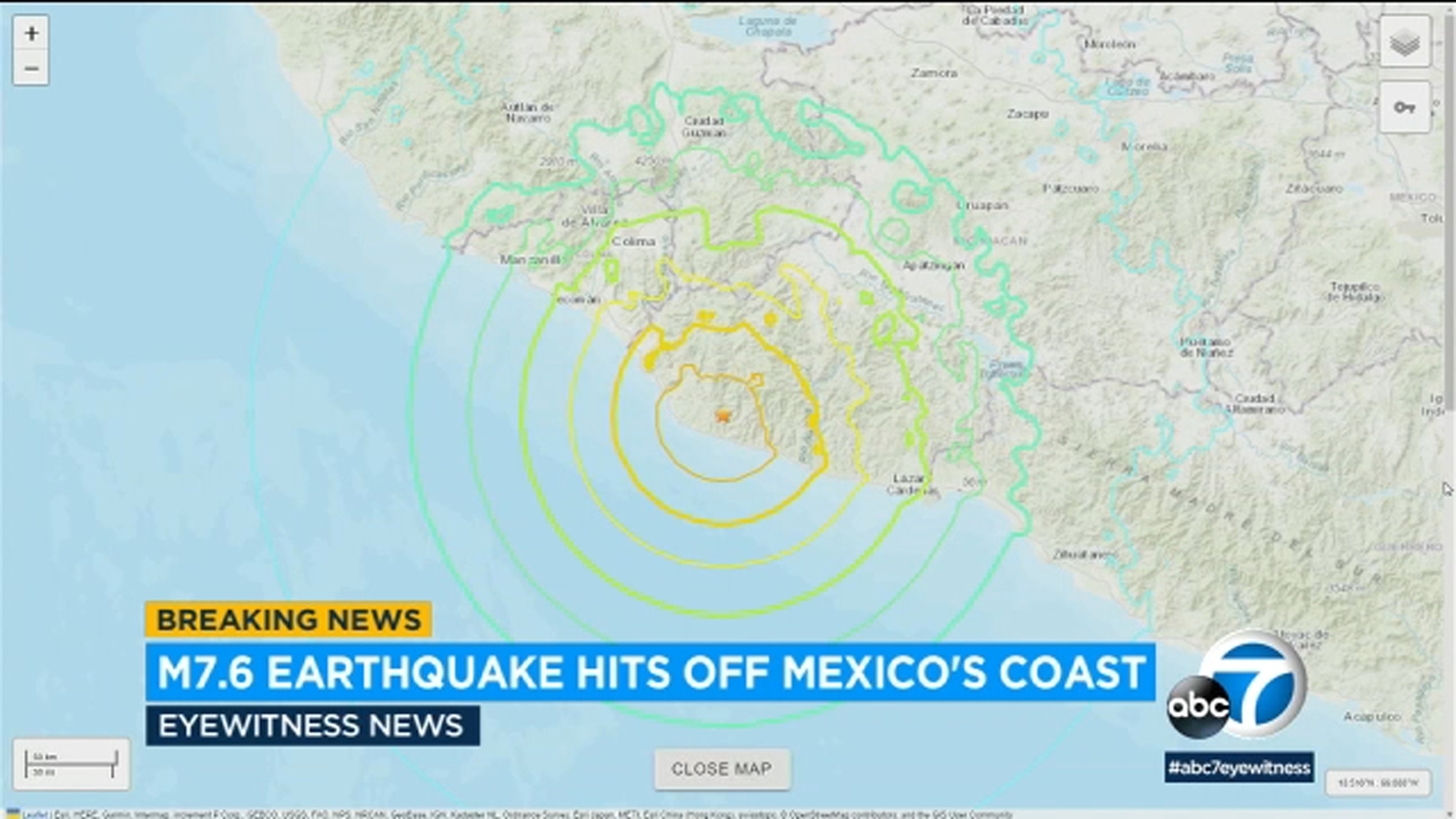 A 7.6-magnitude earthquake struck off the coast of central Mexico on Monday, according to the US Geological Survey.

The quake struck around 11:05 a.m. at a depth of about nine miles, according to the USGS, which initially put the magnitude at 7.5. The epicenter of the earthquake was located about 23 miles southeast of Aquila, near the border between the states of Calima and Michoacan.

The tremors triggered an earthquake alarm in the capital. The new earthquake alert came less than an hour after a nationwide earthquake simulation sounded the alarm, marking strong earthquakes that struck on the same day in 1985 and 2017.

There were no immediate reports of damage or casualties.

Stay with ABC for the latest details on this developing story.