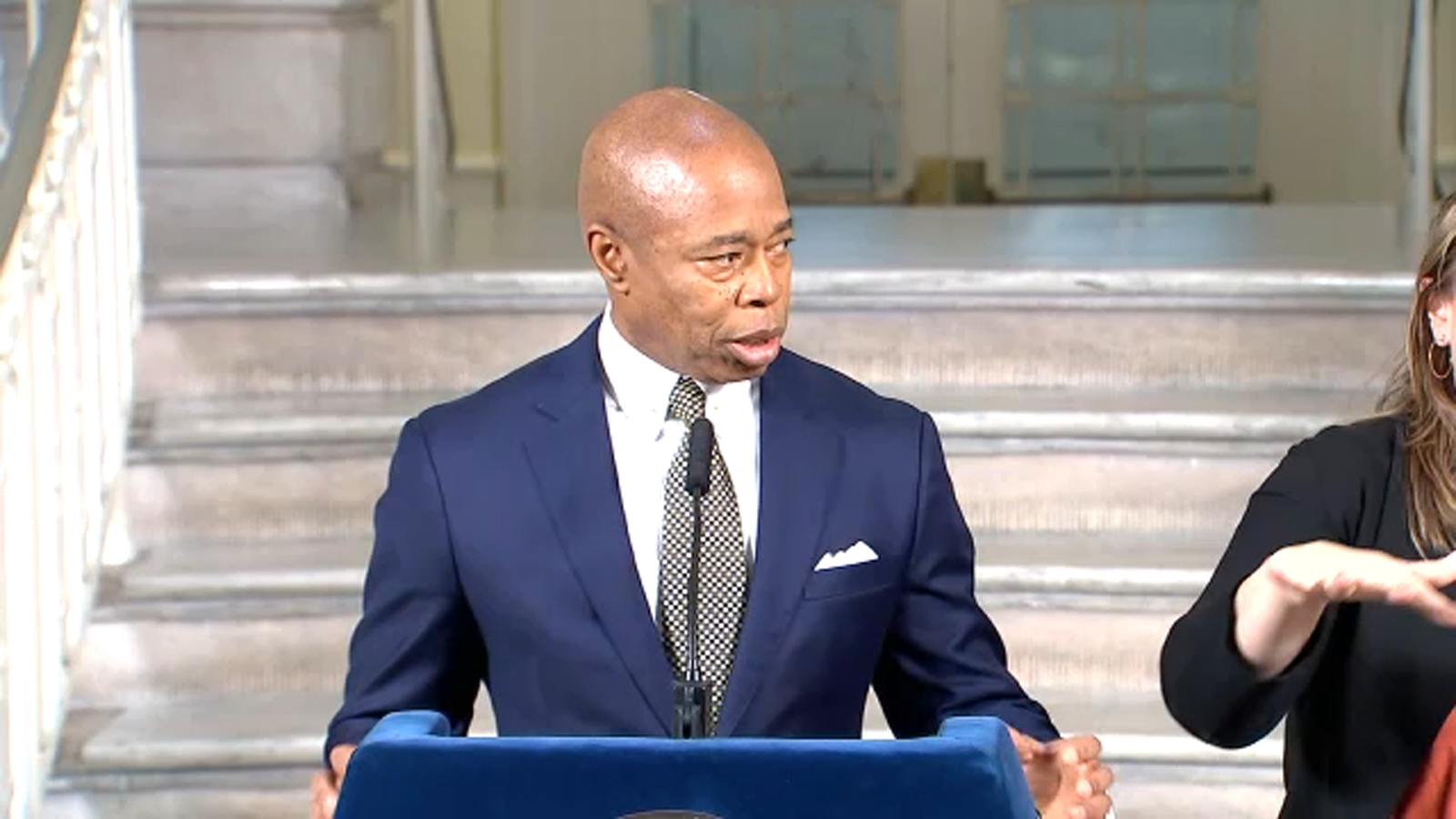 WASHINGTON, D.C. (WABC) — Mayor Eric Adams will attend a conference in the District of Columbia on Wednesday, where he said it will be a chance to unite mayors whose cities have been affected by the influx of migrants.

Adams says it’s simply not fair to leave cities to deal with this crisis on their own.

He is expected to speak about his experience in El Paso this past weekend at a session of the American Conference of Mayors.

In Texas, Adams met with migrants, visited a shelter and talked with city officials and border guards. He saw with his own eyes how difficult the situation is on the southern border.

“We will fight so that you can achieve the American dream,” he said.

That was his promise to a group of migrants gathered outside the church as El Paso Mayor Oscar Leeser showed him around.

Adams says the resources needed to fulfill that promise simply aren’t coming fast enough to keep up with the flow of migrants heading to New York.

Many asylum seekers from El Paso show up at the Port Authority on buses. That has left city leaders scrambling to keep up with the unprecedented need for relief resources.

“This is wrong. This is wrong. And for the federal government, and it’s on both sides of the aisle, to not admit that we’re destabilizing our cities. I’m not going to keep quiet about it. It’s not right for an American city to take this on,” Adams said.

The number of migrants arriving in New York has not slowed, even as border cities like El Paso have seen fewer asylum seekers as the Supreme Court considers Section 42.

More than 40,000 migrants have arrived in the city since last April, overwhelming shelters and forcing the mayor to declare a state of emergency last year.

“What we want to do is really coordinate all of our mayors so that we come together with one voice,” Adams said. “As a result of this crisis, mayors are pitted against each other, and that cannot happen. No municipality should have to go through this, and so we’re not going to pit ourselves against each other, we’re going to come together with one voice.”

When it comes to fighting climate change, California says look out for the beaver

How century-old bakery fights inflation in hardest-hit US city | ...