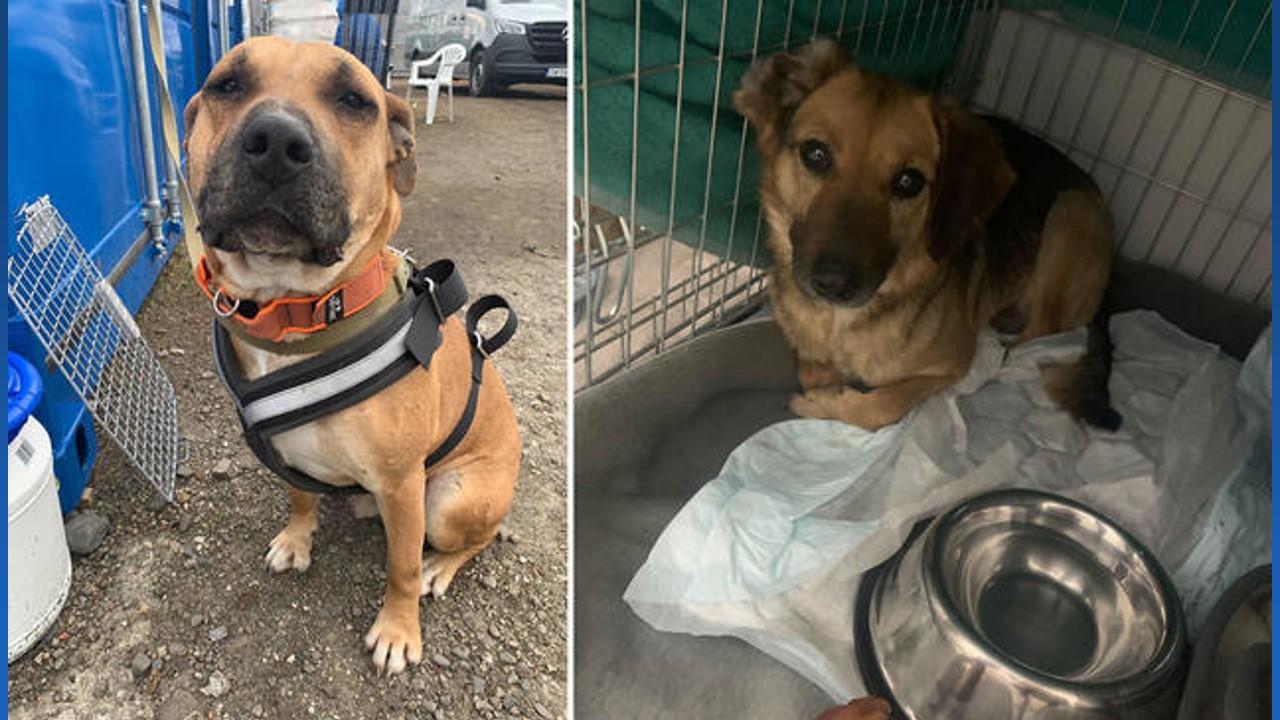 Less than a week after more than 300 dogs were found dead at an animal shelter near Borodyanka, Ukraine, where they have been starving without food and water for more than a month, a Naturewatch Foundation spokesman told CBS News that surviving dogs are now being rejected at the Polish border because of rules that allow animals to to cross only with the master.

“These dogs are starving, injured and are now stuck in a war zone,” said Kate Parker, manager of a wildlife campaign at the Naturewatch Foundation.

Parker told CBS News that shelters in areas such as Borodyanka and Bucha had been destroyed. They no longer have access to water or electricity. And there are not enough staff in the area to take care of these animals when they are sent back, because these people are fleeing to safety.

Most veterinarians have also fled, and Parker says the only veterinary clinics left with supplies are in major cities such as Kyiv and Lviv. While some of the stray dogs were able to be transported there and examined by a vet, they were eventually unable to stay due to lack of space in clinics.

150 dogs survived several weeks without food and water and now require comprehensive treatment. While this treatment is not available in Ukraine, it will be in Poland. In fact, Parker tells CBS News that shelters across the border have vets waiting for help. However, only a few dogs were missed.

She says official government veterinarians located on Korcova’s border with Poland are returning these dogs to Ukraine on the grounds that they are street or shelter dogs and there are rules against this type of animal to fight disease.

Animals whose owners were killed in the war, such as the dogs pictured on Twitter below, and many who saw tearful photographs refusing to leave the sides of the deceased owners are also refused for the same reason.

Parker said the charity staff and volunteers are more than willing to perform any quarantine period that Poland deems necessary to prevent the spread of the disease. She just hopes that officials will make an exception from the provisions on dog shelters based on animal welfare.

Since the beginning of war, millions of Ukrainians have fled their country, and Poland has accepted the largest number of refugees from any country. Poland is also one of the few European countries, including Germany and the Czech Republic, where displaced families can also bring their pets.

The husband of a teacher who died in a shooting at a school in...

Cape Coral imposes watering restrictions on one day a week