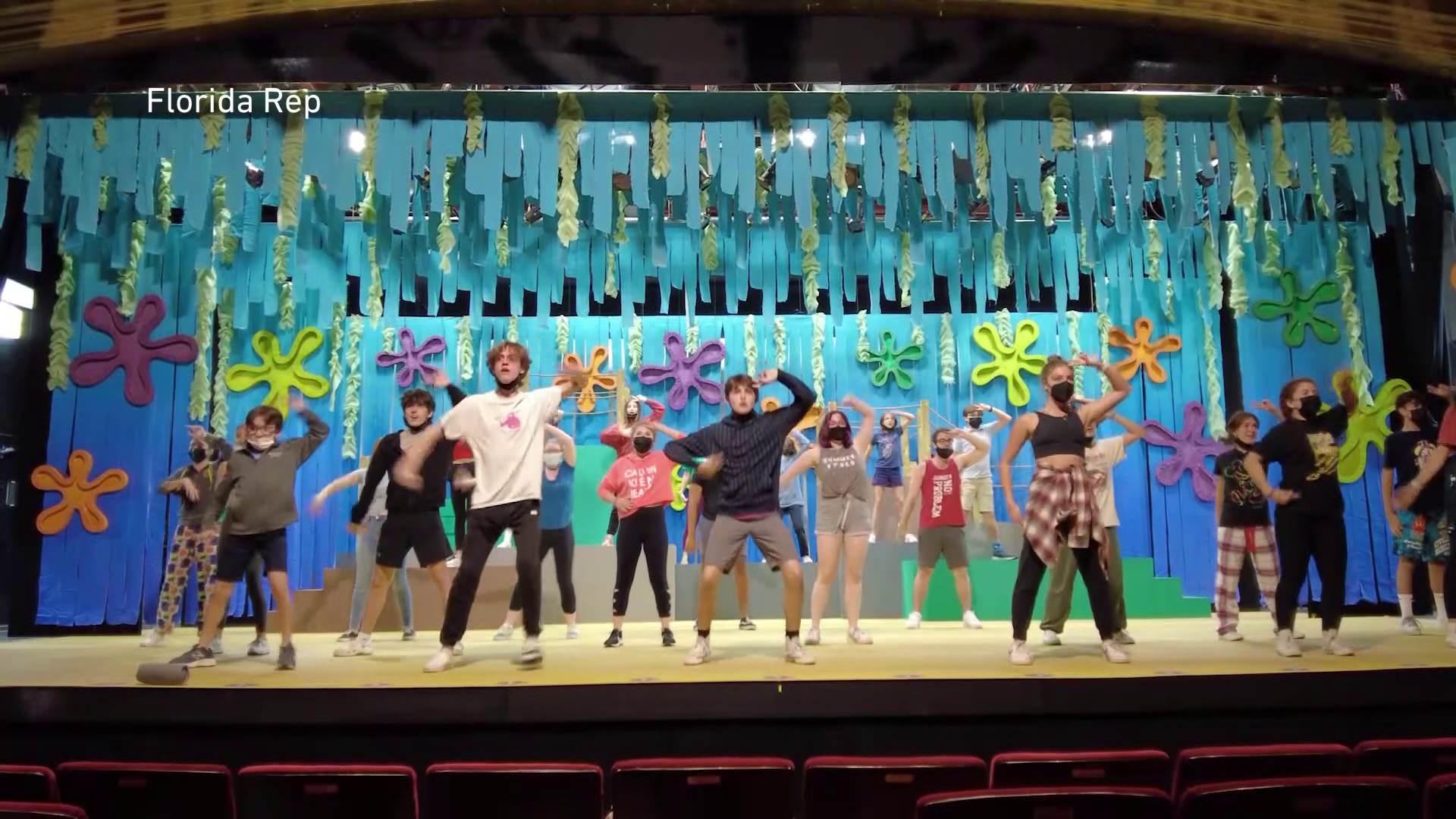 Florida’s Repertory Theater is turning into a Bottom Bikini for the musical Sponge Bob Square Pants.

The main role of SpongeBob is played by actor from southwest Florida Landon Maas, who has since reached Broadway. Maas played Harry Potter in the production of “The Cursed Child” on Broadway.

The 14-year-old has returned to southwest Florida, where he is studying at Gateway High.

“Obviously I’m taller and older. But I think it’s very similar, but at the same time so different, ”Maas said.

Maas said he watched SpongeBob every morning before going to school and on the weekends.

“Sponge Bob is such an optimistic character. And that’s why it’s kind of nice to bring optimism and hope to your normal life, “Maas said.

The rest of the gang is enlivened by local child actors.

After a few weeks of hard work, SpongeBob’s cast is ready for his debut.

Opening night is Thursday, and you are scheduled to dive into the sea.

Michael said it has to do with Patrick, a hilarious starfish who plays SpongeBob’s best friend.

“I really love SpongeBob when I was growing up. So I think that’s one of my main reasons. I’m very happy to be on the show, ”Michael said.

The production is full of bubbles, music and beach swords, but the most important thing is the lessons learned by the students.

“From being in the theater of communication skills. First, why they learn is to walk in a strange place. See the world from a different perspective than ours. It teaches them discipline, ”said SpongeBob’s music director Christina DeCarlo.

Actors and the film crew greet everyone in Bikini Bottom with the hope of spreading joy.

“You won’t believe what the students of Southwest Florida are doing on stage. You will feel rejuvenated seeing it. Whatever your age, it will bring back childhood memories. And you just walk away with a big smile on your face, ”DeCarla said.

The play will be shown at the Florida Repertory Theater in downtown Fort Myers until May 28.

Café of Life is looking to renew its lease on Leitner Park in Bonita...

They found a body in a canal of water in Matlacha