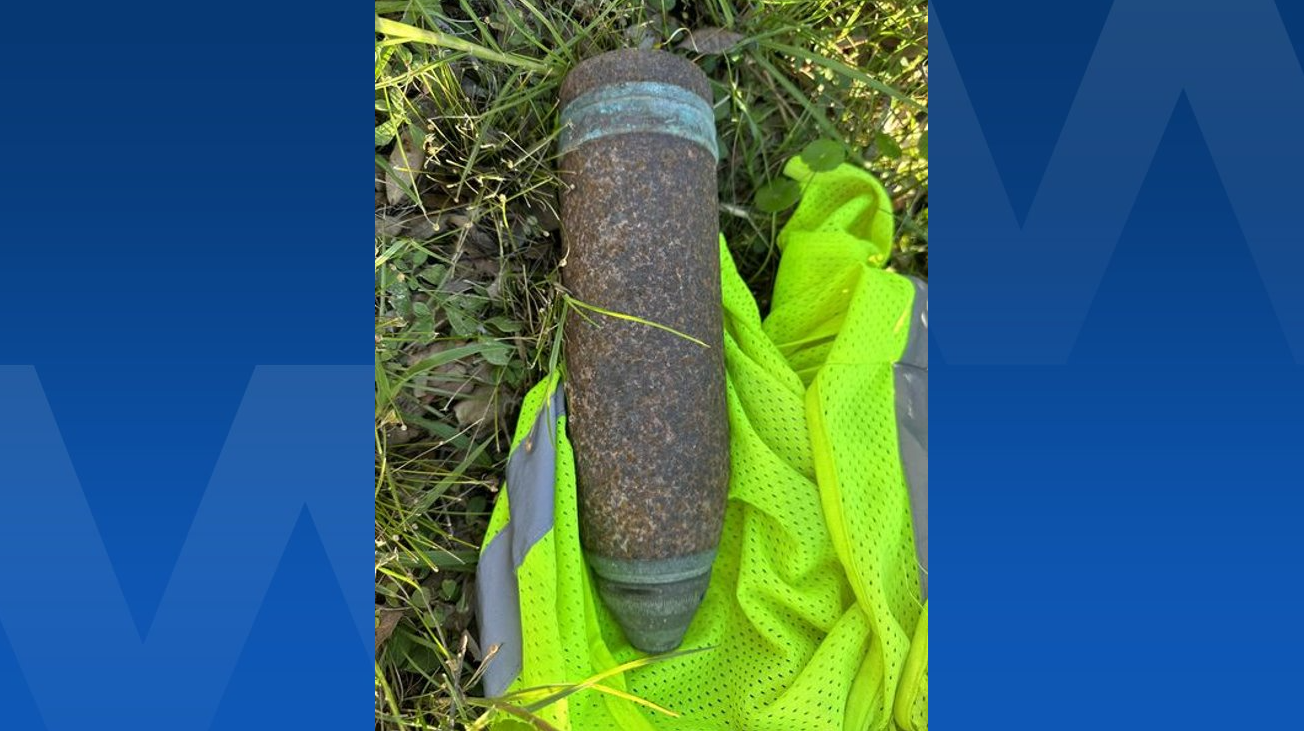 Traffic in North Port had to be temporarily diverted on Tuesday afternoon after a man tried to plant a World War One explosive device.

According to the North Port Police Department, a man walked into a pawn shop in the area of ​​US-41 and Eager Avenue and tried to sell what turned out to be an unfired World War I anti-ship projectile. When the store owner told him it could be dangerous, he called NPPD.

“This person must have come across this item,” he says, after helping a friend clean their house. A friend said they didn’t want it. So he thinks, “What am I going to do with this?” so he thought it was worth something,” said Josh Taylor of the North Port Police Department.

Taylor says the pawn shop owner noticed the shot had no holes drilled into it to indicate it was deactivated. “The pawnshop owners said, ‘You need to get out of here with this thing.’ Take it outside and call the authorities.’ it’s literally what the gentleman did.”

Explosives experts, including those from MacDill Air Force Base, were called in to check if it was still a live bomb.

“As it turned out, that device was still active. We could have, you know, some dramatic results, Taylor said.

The executive director of the Punta Gorda Military Heritage Museum, Gary Butler, says this shell was used more than 100 years ago to sink ships.

“It would be used mainly on ships. They fired long guns at the ship. Maybe they could also be used on land by artillery, used by tanks on land,” Butler said.

Butler says this was a common occurrence, especially early in the war, and he says that in some cases such items were brought in by men who served. “It could have been brought back by World War I veterans and handed down to generations. Or they could be, you know, found and hidden somewhere.

North Port police say the man who brought the round to the pawn shop will not face any charges.

As for the anti-ship missile, it was taken to MacDill Air Force Base in Tampa, where it is expected to be destroyed.