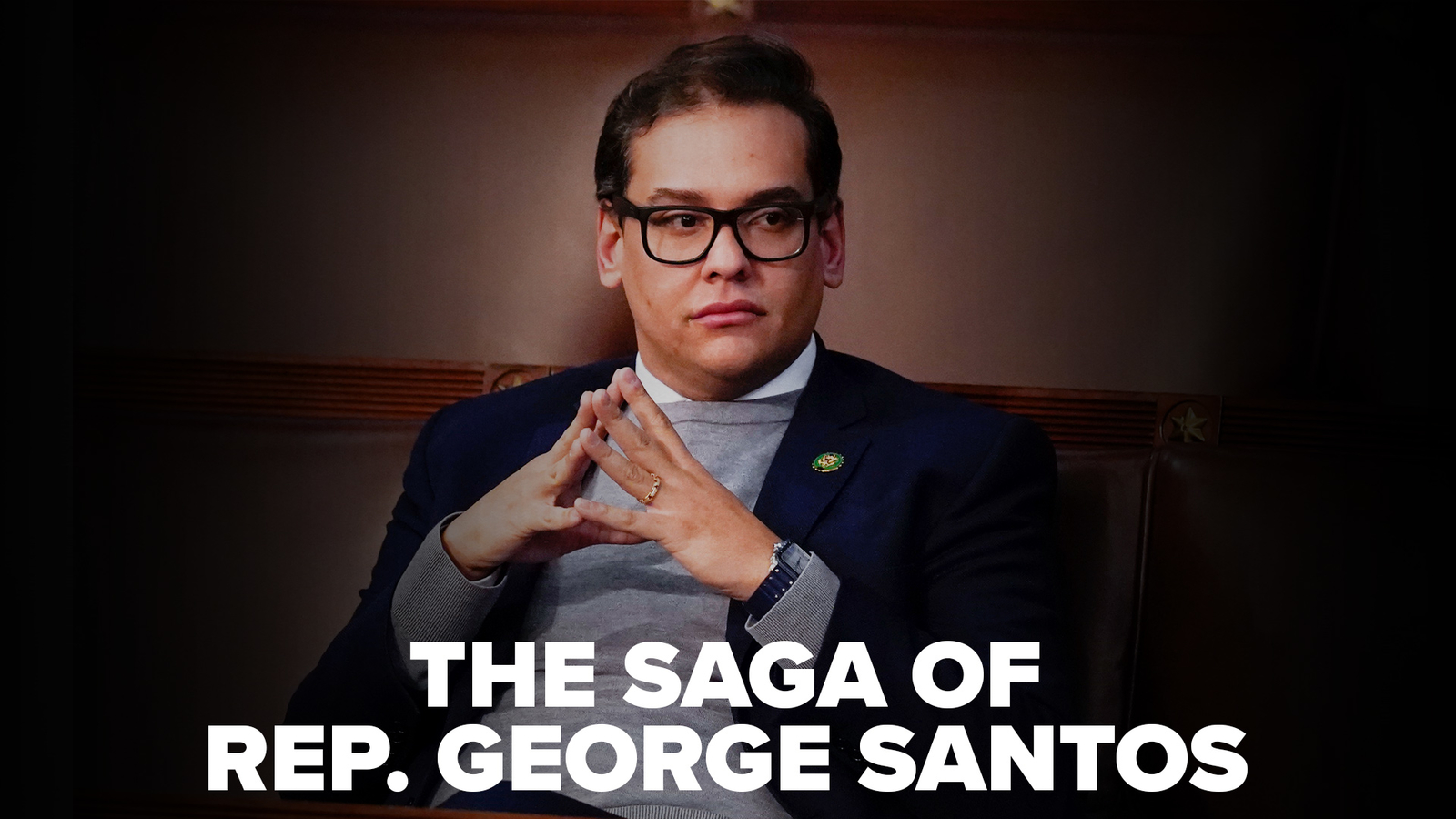 Local, state and federal prosecutors are looking into the Republican representative’s numerous claims about his life and career that have come under scrutiny, including his financial disclosures, ABC News reported.

The dispute began on December 19, 2022, when The New York Times reported that parts of Santos’ biography about his education, career and philanthropy have been called into question by public documents and by the schools and companies he claimed were involved.

However, representatives of NYU and Baruch confirmed to ABC News that they have no records of Santos visiting their institutions.

A few days later, in interview by The New York PostSantos admitted that he never finished college.

In addition to falsely claiming to have attended Baruch College, which he has since admitted, another part of his education has been disputed.

In an archived version of his 2020 Congress website, Santos said he attended Horace Mann, an elite private school in New York, but did not graduate due to his family’s financial difficulties. He said he went on to get his GED.

But on Thursday, a spokesperson for the school confirmed to ABC News — and other outlets — that he never visited Horace Mann.

A biography on the NRCC website also claimed that Santos worked for companies such as Citigroup and Goldman Sachs. But spokespeople for Goldman Sachs and Citigroup told ABC News they had no record of Santos ever being employed.

Santos told the Post that he misrepresented his experience and insisted that he did business with two major financial institutions as vice president of a company called Link Bridge.

Santos later appeared to walk back some of his admissions of lying on his resume during a Fox News interview, saying his claim that he worked for Goldman Sachs and Citigroup was “disputed” and that Link Bridge , a firm in which he served as vice president as he conducted “extensive” business with two Wall Street giants.

In 2020, when he first ran for Congress, Santos reported no assets and $55,000 in earnings on his personal financial disclosure report filed as a House candidate.

But his 2022 personal financial statement filed as a candidate showed that his fortune had changed dramatically, with assets between $2.6 million and $11.25 million, including a Rio de Janeiro apartment, a checking account and savings account.

According to a 2022 disclosure, he reported making millions from January 2021 to December 2022 from his New York company, the Devolder Organization. He also reported that he had a car loan for between $15,001 and $50,000.

Santos did not list any Devolder clients in its disclosure form, and the company does not appear to have a public presence, such as a website. His campaign website previously referred to him as a “family firm” where he oversaw $80 million in client assets as an executive.

He This was reported to “Semafor” publication. that he made his money in part by matching sellers of luxury items like jets and yachts with potential buyers and taking a cut. He described Devolder as a “deal maker” and “specialty advisor” with his clients as “high net worth individuals”.

The FEC sent a letter to Santos asking them to correctly spell out the $125,000 loan.

MORE: Calls are growing for the FEC to investigate George Santos’ campaign finances

According to the archive version of it company websiteSantos previously said he operated Friends of Pets United, a 501(c)(3) charity, but a search of the IRS website did not find a charity listed under that name.

Reference to Friends of Pets United appears to have been removed from the Santos campaign website.

Santos denied Navy veteran’s lawsuit that he allegedly organized a fundraiser for a sick veteran’s dog in 2016 — and then never shared the thousands raised.

Santos, under the name “Anthony Devolder,” started a GoFundMe fundraiser for Navy veteran Richard Osthoff’s dog Sapphire and raised $3,000, but later became uncooperative and unresponsive and did not provide money for Sapphire’s treatment, Osthoff alleges.

Santos has also been accused of lying about his family history, previously saying his mother was Jewish and her parents escaped persecution during World War II and moved to Brazil. But The Forward, a Jewish news agency, reviewed genealogical information and discovered that Santos’ maternal grandparents were born in Brazil.

In an interview with the Post, Santos said he was “obviously Catholic” but claimed his grandmother told stories about being Jewish and later converting to Catholicism.

“I have never claimed to be Jewish…I am Catholic. “Because I found out my maternal family had Jewish ancestry, I said I was ‘Jewish,'” Santos said.

Another apparent contradiction in the biography of Santos is related to the death of his mother, Fatima Devolder.

In the archived version of it company websitehe said his mother worked in the South Tower of the World Trade Center and survived the attack but died “a few years later.”

Today is his site states that his mother died of cancer, but does not reveal whether it was related to 9/11 and the effects of Ground Zero.

Santos also appears to have revised the timeline for his mother’s death. U tweet since December 2021, he has written that the date marks the fifth anniversary of his mother’s death – it should have been in 2016 – despite previously saying her death was “several years” after 9/11.

An obituary for his mother claims she died on Dec. 23, 2016, which matches Santos’ tweet from last year, but it’s unclear how old she was when she died. The obituary said she was born in 1962, which would have made her 54, but the obituary says she was 64.

ABC News has obtained documents that show Santos Rep. Fatima Devolder’s mother was not in New York during the 9/11 attacks, as he previously claimed.

MORE: Immigration records show that Santos’ mother was not in New York on 9/11

Santos is the first openly gay non-incumbent Republican elected to the House of Representatives. He said in USA Today interview in October that he “has never had a problem with (his) sexual identity in the last decade.” But reports this month also found court records showing he was married to a woman and they divorced in 2019, ahead of his primary run for Congress.

Santos told the Post he was married to the woman for about five years, from 2012 until they divorced in 2017.

“I have dated women in the past. I married a woman. These are personal things,” he said.

“I’m very gay,” he said. “I’m okay with my sexuality. People change. I am one of those people who change.’

ABC News has confirmed information first reported by freelance journalist Marisa Cabas that a photo exists of an openly gay congressman performing in drag in Brazil in 2008.

In an interview with The New York Post, Santos categorically denied any wrongdoing.

“I am not a criminal here – not here, not in Brazil, not in any jurisdiction in the world,” he said. “Not at all. It didn’t happen.”

But prosecutors in Brazil are seeking to reinstate charges against him in a 2008 criminal case. ABC News was informed by the press secretary of the prosecutor’s office in Rio de Janeiro.

The case is related to the fact that Santos allegedly paid for goods with a stolen checkbook when he was 19 years old, a spokesman for the prosecutor’s office said. He is accused of forging two $400 checks to buy clothes for himself and a friend, the spokesman said.

An attorney for Santos did not respond to multiple requests for comment from ABC News, but said The New York Times: “I am in the process of retaining a local attorney to handle this alleged complaint against my client.”

Celebrities who died in 2022