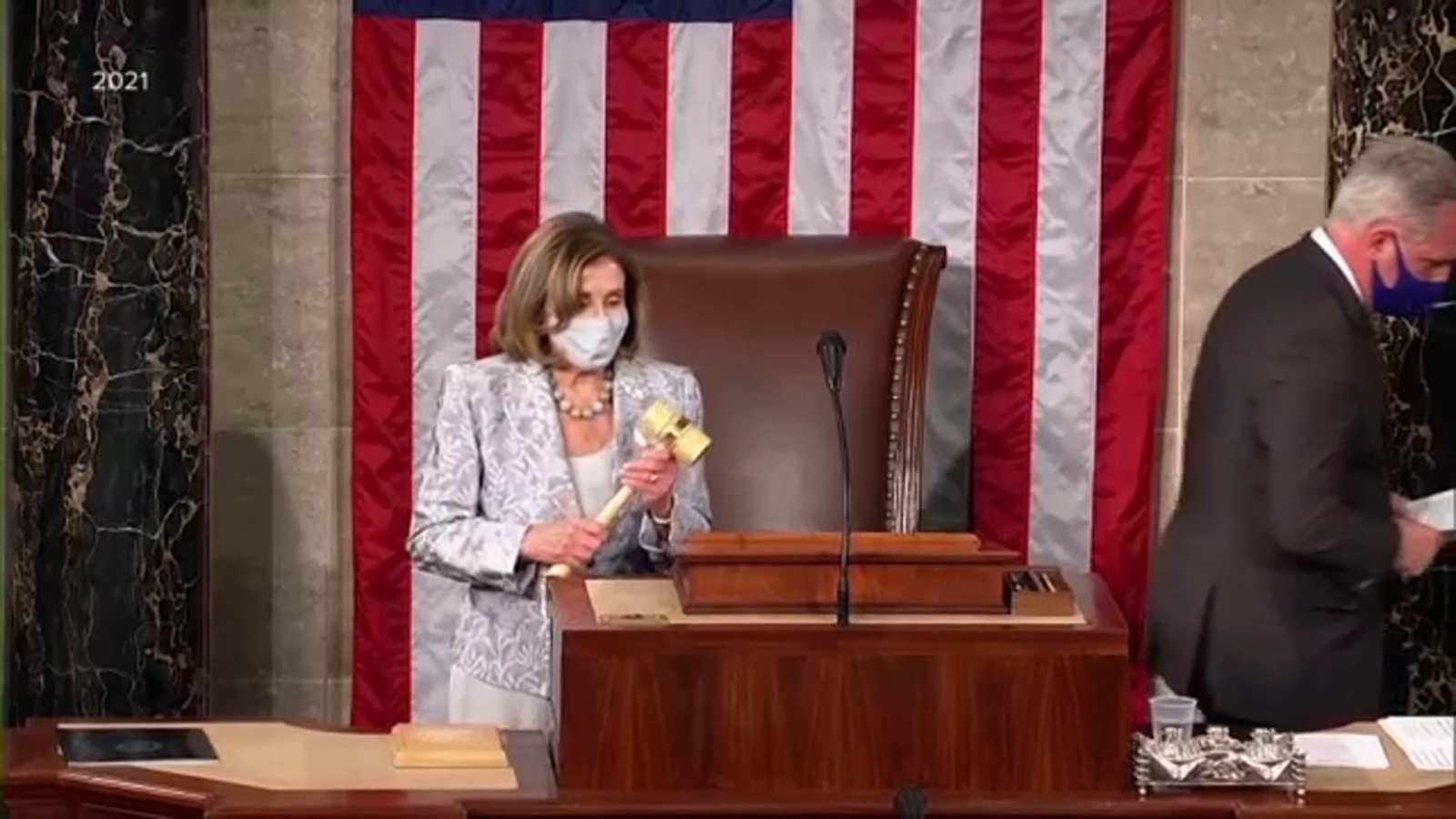 WASHINGTON – More than a week after the midterm elections, ABC News predicts that Republicans have won control of the House of Representatives.

It came after Democrats won the Senate, creating a divided Congress for the final two years of President Biden’s term.

House Speaker Nancy Pelosi will announce her future plans on Thursday. If she steps down, New York Congressman Hakeem Jeffries will be the favorite to fill the seat.

If that happens, the Democratic leaders in the House and Senate will be from Brooklyn.

Pelosi said the recent attack on her husband will affect her decision to remain in the House leadership.

Meanwhile, Republican Congressman Kevin McCarthy is expected to become the next speaker of the House of Representatives.

“I am proud to announce that the era of one-party rule by Democrats in Washington is over,” McCarthy said after Tuesday’s intra-party leadership vote.

President Biden released a statement congratulating McCarthy and saying he was ready to work with Republicans to get results for working families.

House Democrats are now expected to scramble to pass bills before Republicans take control, focusing on things like increased COVID-19 funding and the codification of same-sex marriage.

With Democrats already in control of the Senate, they have secured 50 seats with the possibility of another in next month’s Georgia runoff between incumbent Sen. Raphael Warnock and Republican challenger Herschel Walker.

But Republicans, when they take over the House of Representatives in January, will now be able to block the White House’s legislative priorities, decide which bills go to the chamber and get the chance to launch a committee investigation into the Biden administration.

Several House Republicans have already said they intend to investigate Hunter Biden, the president’s son, and examine the administration’s policies on COVID-19 and the southern border.

Ahead of the midterm elections, McCarthy presented his party’s vision for the Republican Party. Their “Commitment to America” ​​plan focused on four key areas: building a “strong economy,” a “secure nation,” a “freedom-based future,” and “accountable government.”

The pitch to voters largely avoided specific policies, instead focusing on criticisms of and contrasts with Biden’s leadership — particularly high inflation and anxieties about crime.

McCarthy has also promised to cut federal government spending and said Republicans are ready to push Congress for more control over billions in aid to Ukraine as the country defends itself against a Russian invasion.

Republicans have been favored for months to regain control of the House, according to FiveThirtyEight’s forecast. Midterm elections have historically been a referendum on the presidential party.

Only twice in the past 19 midterm cycles — spanning nearly 40 years — has the president’s party actually won seats in the House of Representatives.

But the expected “red wave” did not fully materialize, as the Democrats retained the Senate and limited their losses in the House of Representatives. An exit poll showed voters, including independents, favoring Democrats on key issues such as access to abortion, despite public disapproval of economic conditions.

“We know our job is not going to be easy,” McCarthy said Tuesday. “We know the task. We have a practical majority. We will have to work together. We want to work with everyone who wants to make America stronger.”

Meanwhile, Biden celebrated shrugging off historic headwinds after casting the election as a choice between Democratic priorities and those of far-right “MAGA Republicans” rather than an assessment of his first two years as commander-in-chief.

“I’m incredibly pleased with the voter turnout,” Biden told reporters when Democrats are projected to win the Senate. “And I think that’s a reflection of the quality of our candidates.”

OTHER NEWS | Pence focuses on “the future” alone with Sandra Bookman

People with legitimate doubts about their Hulu legal drama

Florida medical board to weigh blocking treatments for transgender youth