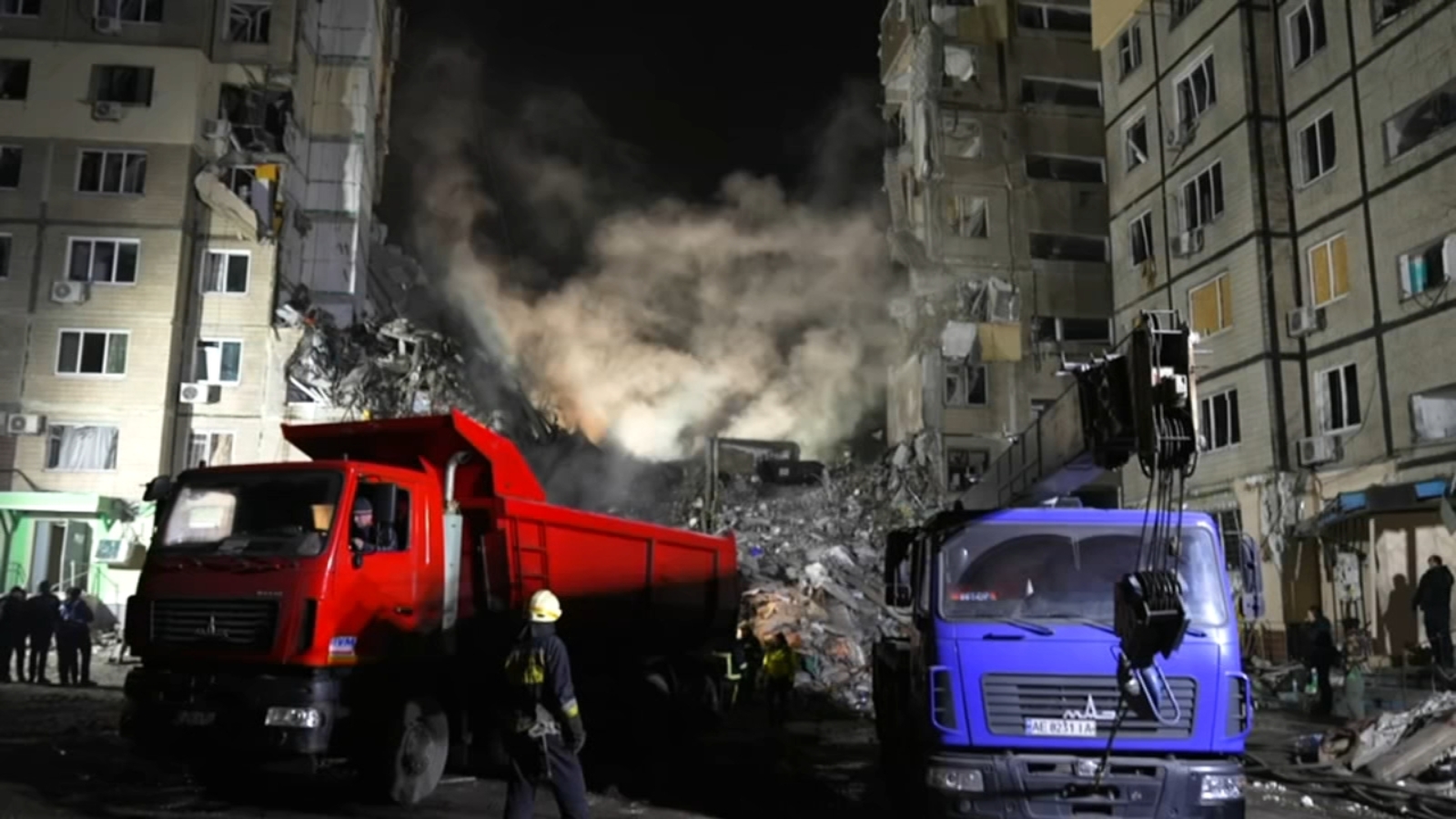 KYIV, Ukraine — The death toll from a Russian missile strike on a residential building in the southeastern Ukrainian city of Dnipro rose to 40 on Monday, as Western analysts pointed to signs that the Kremlin was preparing for a protracted war in Ukraine after nearly 11 months of fighting.

About 1,700 people lived in the high-rise building, and search and rescue teams worked around the clock after Saturday’s strike to find victims and survivors amid the rubble. The regional administration reported that 39 people have been rescued so far, and another 30 are considered missing. Authorities said at least 75 were injured.

According to the Associated Press project and Frontline War Crimes Watch, the death toll was the deadliest attack on Ukrainian civilians since the beginning of the summer. Residents said that there were no military facilities in the tower.

The European Union’s foreign policy chief, Josep Barel, called the strike and others like it an “inhuman aggression” because it was aimed directly at civilians. “These crimes will not go unpunished,” he tweeted on Sunday.

The strike on the building came amid a wider flurry of Russian cruise missiles across Ukraine. The Ukrainian military said on Sunday that they do not have the means to intercept a Russian missile that hit a residential building in Dnieper.

Donetsk and neighboring Luhansk regions make up the Donbass, a vast industrial region bordering Russia that Russian President Vladimir Putin has identified as the center of the war since the war began. Moscow-backed separatists have been fighting Kiev’s forces since 2014.

The Russian and Belarusian air forces began joint exercises on Monday in Belarus, which borders Ukraine and served as a staging ground for Russia’s February 24 invasion of Ukraine. The exercises will continue until February 1, the Ministry of Defense of Belarus informed. Russia has sent its warplanes to Belarus for exercises.

The Institute for the Study of War, a Washington-based think tank, reported signs that the Kremlin is taking steps to turn its invasion of Ukraine into a “major conventional war” after months of embarrassing military reversals.

What Moscow calls a “special military operation” was intended to capture the Ukrainian capital Kyiv for several weeks and install a Kremlin-friendly regime there, but Russian troops eventually withdrew from the vicinity of Kyiv, the think tank said. Then came the successful Ukrainian counter-offensive in recent months, before the onset of winter slowed military progress.

“The Kremlin is likely preparing to take decisive strategic action in the next six months aimed at regaining the initiative and ending Ukraine’s current string of operational successes,” the Institute for the Study of War said in a report late Sunday.

It notes reports that the Russian military command is in “serious preparation” for an extended mobilization, saving mobilized personnel for future use while seeking to increase military industrial production and change the command structure.

This means that Western allies of Ukraine “will have to continue supporting Ukraine in the long term,” the analytical center notes.

In recent days, NATO member countries have tried to assure Ukraine that they will stay on this course. The United Kingdom has pledged to supply tanks, and new, expanded combat training for U.S. Ukrainian troops began in Germany on Sunday.

Other events on Monday:

– Russian troops attacked the city of Zaporozhye, damaging the industrial infrastructure and injuring five people, two of whom are children, Deputy Head of the Office of the President of Ukraine Kiril Tymoshenko said.

Russian air defenses shot down seven drones on Monday over the Black Sea near the port of Sevastopol in annexed Crimea, Sevastopol Governor Mikhail Razvazhaev said.

The video in the player above is from a previous report.

The Bears remove Roquan Smith from the PUP list, another twist in the opposition