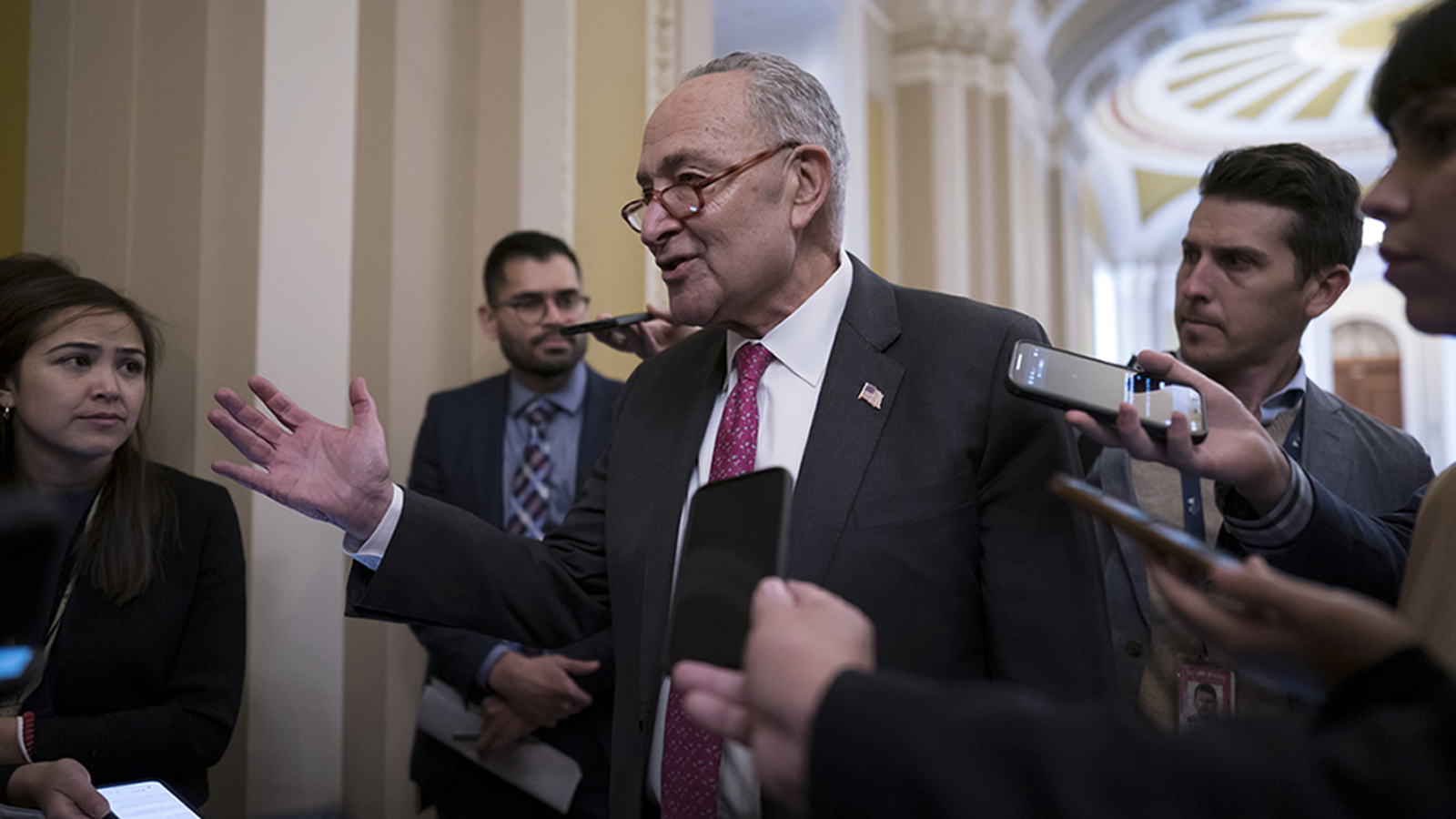 WASHINGTON – Legislation to protect same-sex and interracial marriage cleared a major Senate hurdle on Wednesday, putting Congress on the path to a historic step to ensure such unions are enshrined in federal law.

Twelve Republicans, along with all Democrats, voted to advance the legislation, meaning a final vote could come this week or later this month. Senate Majority Leader Chuck Schumer said the bill, which would provide legal recognition of unions under the law, is a chance for the Senate to “live up to its highest ideals” and protect marriage equality for all people.

The video in the player above is unrelated to the current story. ABC7 Bay Area’s 24/7 news channel lets you see the news throughout the day.

“It will make our country a better and fairer place to live,” Schumer said, noting that his own daughter and her wife are expecting a baby next year.

Senate Democrats are moving quickly to pass the bill while the party still controls the House. Republicans are close to winning a majority in the House of Representatives and are unlikely to take up the issue next year.

The bill gained steady momentum after the Supreme Court’s June decision that overturned Roe v. Wade and the federal right to abortion. Justice Clarence Thomas’s opinion at the time said the high court’s earlier ruling protecting same-sex marriage could also be in jeopardy.

Congress has sought to protect same-sex marriage as support from the general public — and Republicans in particular — has surged in recent years since the Supreme Court’s 2015 Obergefell v. Hodges legalized same-sex marriage nationwide. A recent poll found that more than two-thirds of the population support same-sex unions.

Still, many Republicans in Congress are reluctant to support the legislation, and many say it’s unnecessary as long as marriages are still protected by the courts. Democrats delayed the review until after the midterm elections, hoping it would relieve political pressure on some GOP senators who might have wavered.

A proposed amendment to the bill, negotiated by supporters to attract more Republicans, clarifies that it does not affect the rights of individuals or businesses already enshrined in the law. Another setting would make it clear that the marriage is between two people, to avoid criticism from the far-right that the law could support polygamy.

Three Republicans initially said they would support the legislation and lobbied their GOP colleagues to support it: Sen. Susan Collins of Maine, Sen. Tom Tillis of North Carolina and Sen. Rob Portman of Ohio. They argued that enshrining the rights of such marriages is important even if the courts do not invalidate them.

“Current federal law does not reflect the will or beliefs of the American people,” Portman said ahead of the vote. “It is time for the Senate to decide.”

In the end, nine of their GOP colleagues joined them in voting for it, bringing the total to twelve and securing enough votes needed to overcome the Senate’s 50-50 tie. Other Republicans who voted for the legislation were Sens. Richard Burr of North Carolina, Todd Young of Indiana, Shelley Moore Capita of West Virginia, Mitt Romney of Utah, Joni Ernst of Iowa, Roy Blunt of Missouri, Cynthia Lamis of Wyoming and Lisa. Murkowski and Dan Sullivan of Alaska.

The rise in GOP support for the issue is a stark contrast to a decade ago, when many Republicans were outspoken in their opposition to same-sex marriage. The legislation passed the House of Representatives in July with the support of 47 Republicans, a higher number than expected, giving the measure a boost in the Senate.

On Tuesday, The Church of Jesus Christ of Latter-day Saints became the latest conservative group to support the legislation. In a statement, the Utah-based denomination said church doctrine would continue to view same-sex relationships as contrary to God’s commandments, but would support the rights of same-sex couples as long as they do not infringe on the right of religious groups to believe as they choose.

Wisconsin Sen. Tammy Baldwin, a Democrat who is the first openly gay senator and has been involved in gay rights issues for nearly four decades, said the new openness of many Republicans on the issue reminds her “of the beginning of the LBGTQ movement from, in the early days when people weren’t out and people knew gay people by myths and stereotypes.”

“And gradually the laws followed,” she said. “This is history.”

Schumer said the issue is also personal to him.

“Passing the Respect for Marriage Act is as personal as it is for many senators and their staff, including me,” Schumer said. “My daughter and her wife are actually expecting a little baby in February. So it’s very important for many of us to do this.”