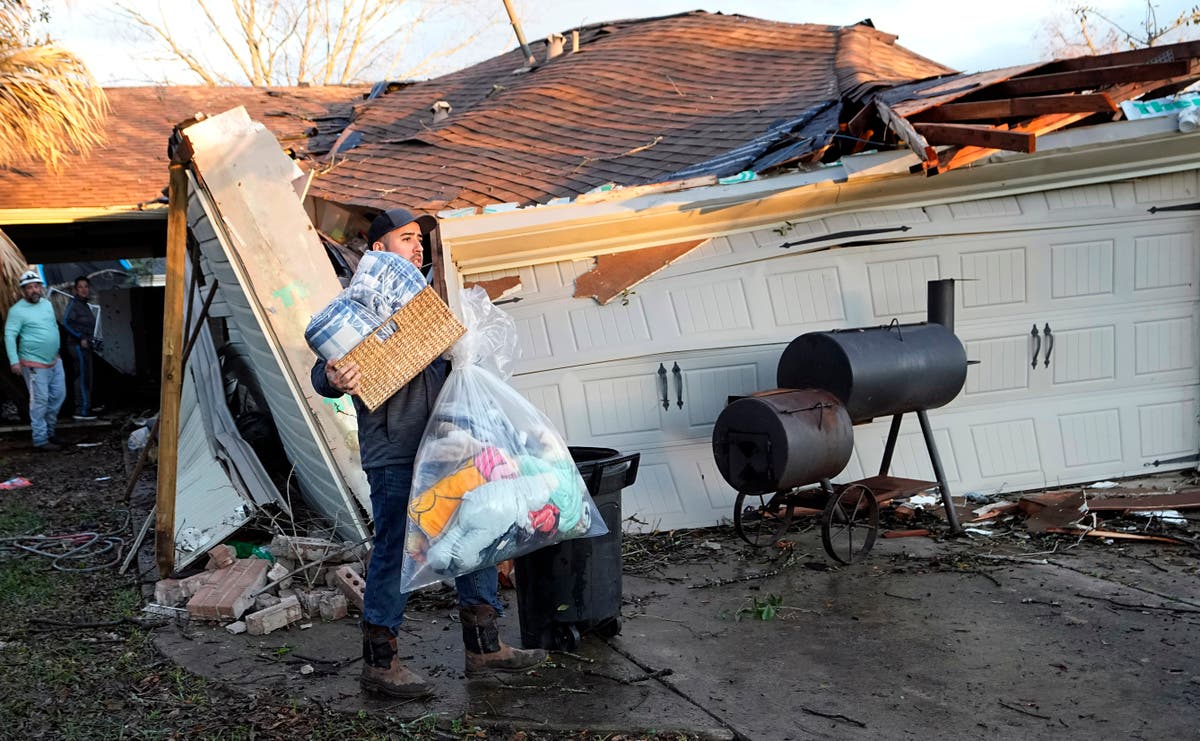 A winter storm that brought severe weather to the Gulf Coast and winter precipitation to the north headed east on Wednesday, a day after tornadoes caused widespread damage in Houston district and three people were injured Louisiana.

Forecasters declared a rare tornado emergency for the Houston area on Tuesday as the storm system moved through the densely populated area. Cities east of Houston reported extensive damage, but no injuries.

In Louisiana, three people suffered “mild to moderate injuries” when their mobile homes were overturned or destroyed after a tornado touched down on Morel Lane north of Baton Rouge, the Pointe Coupee Parish Sheriff’s Office said.

The storm is expected to bring damaging winds to parts of Florida, Georgia and the Carolinas on Wednesday, forecasters said. The National Weather Service said a winter weather advisory extends from southern Missouri to Maine, with areas in New England expecting 8 to 12 inches (20 to 30 centimeters) of snow.

In Texas, several businesses in the Pasadena, east of Houston, sustained extensive damage, including the city’s animal shelter. Fences have been knocked down nearby, and shingles and sections of roofs have been torn from houses. The American Red Cross said he was opening a shelter in Pasadena.

Power lines were down and homes and businesses were damaged in Baytown, but there were no reports of serious injuries, Baytown spokesman Jason Calder said.

Representatives of nearby Deer Park said the tornado severely damaged a nursing home. Residents had to be taken away, but no one was hurt.

“There’s an aspect of me that’s surprised no one was hurt,” Deer Park Mayor Jerry Mouton Jr. said as emergency crews worked to restore power. “We will deal with the property, restore and rebuild.”

Many of the suburbs in the area have a large presence of petrochemical facilities.

According to Shell spokesman Curtis Smith, the Shell Chemicals location in Deer Park was burning with a flare or natural gas flare after it lost power due to severe weather.

“We are taking steps to minimize any noise, light or smoke associated with this activity, although it is expected to continue until the units are restarted,” Smith said via email. “There is no threat to the public, and there is no indication that the nearby tornado touched down at the Chemicals facility.”

Why Aaron Judge’s pursuit of 61 deserves our attention

An amazing link between SARS-CoV-2 infection and new diabetes