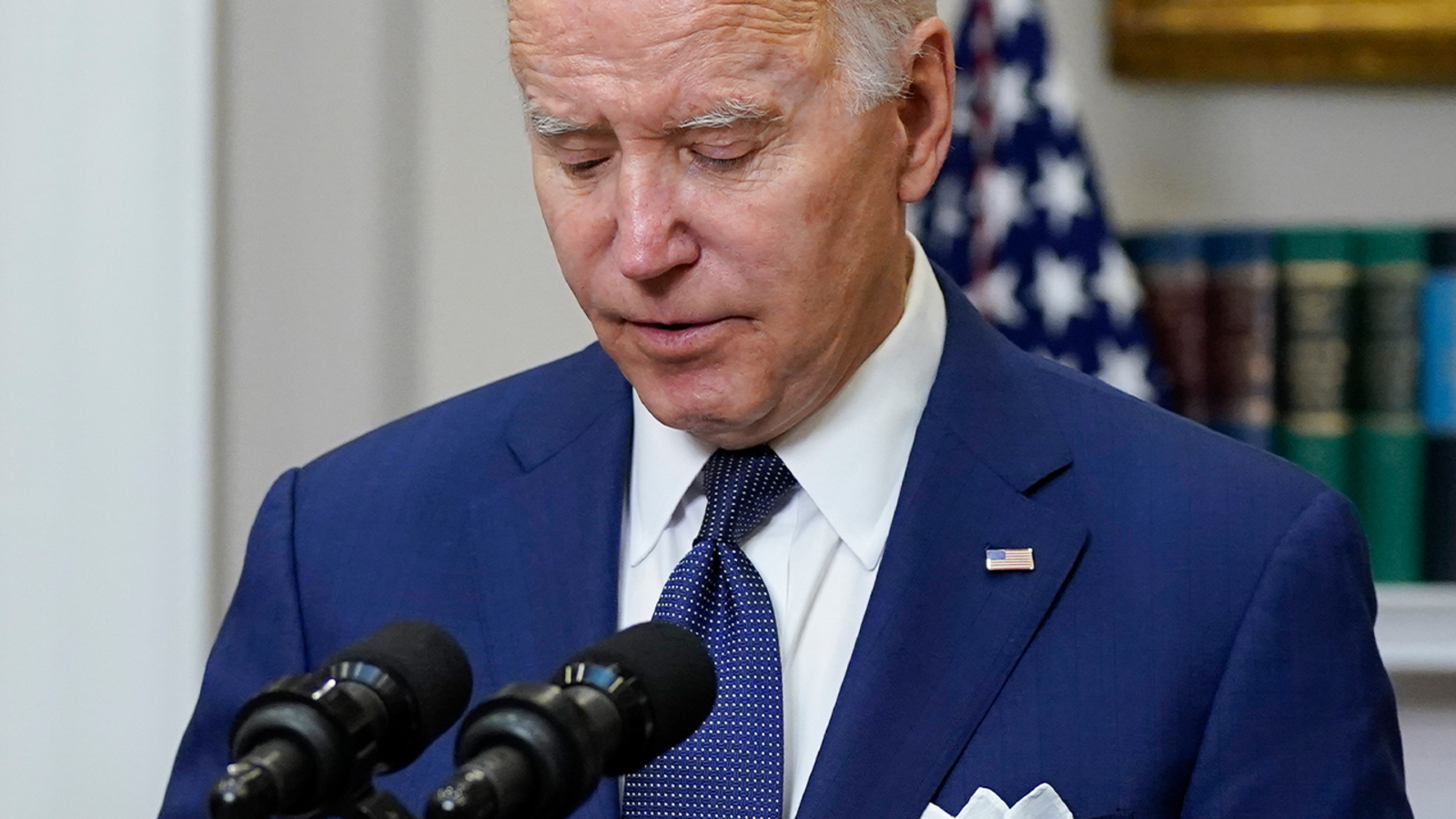 WASHINGTON – President Joe Biden has emotionally called for new restrictions on firearms after gunmen opened fire at a Texas elementary school on Tuesday.

“When, for God’s sake, are we going to stand up to the gun lobby?” Biden made the announcement at the White House shortly after returning from a five-day trip to Asia that was engulfed in tragedy.

READ MORE: The shooting at a school in Texas killed at least 20 people, mostly children

As First Lady Jill Biden stood beside him in Roosevelt Hall, Biden added, “I am sick and tired. We must act.”

At least 18 students were killed, according to a state senator who said he was informed by law enforcement other than the teacher.

on the topic: What we know about the 18 children, teachers killed at the Uwalde school

Just two days before Biden set off on his trip, he met with the families of the victims after a hate-motivated shooter killed 10 black people at a grocery store in Buffalo, New York.

Back-to-back tragedies served as a sober reminder of the frequency and brutality of the U.S. epidemic of gun violence.

“Such mass shootings are rare anywhere else in the world,” Biden said. “Why?”

He ordered American flags to be lowered before sunset on Saturday in honor of the victims in Texas.

“We must have the courage to take action … to ensure that something like this never happens again,” she said.

White House spokeswoman Caryn Jean-Pierre said Biden had been informed of the shooting by Deputy Chief of Staff Jen O’Malley-Dylan and other members of his top team aboard Air Force One.

Shortly before landing in Washington, Biden spoke with Texas Gov. Greg Abbott from the presidential plane to “offer any help he needs after the horrific shooting in Uwalde, Texas,” White House Communications Director Kate Bid tweeted.

Police are searching for a man who tried to rape a woman on the...

A man was hospitalized after being shot in the chest on...