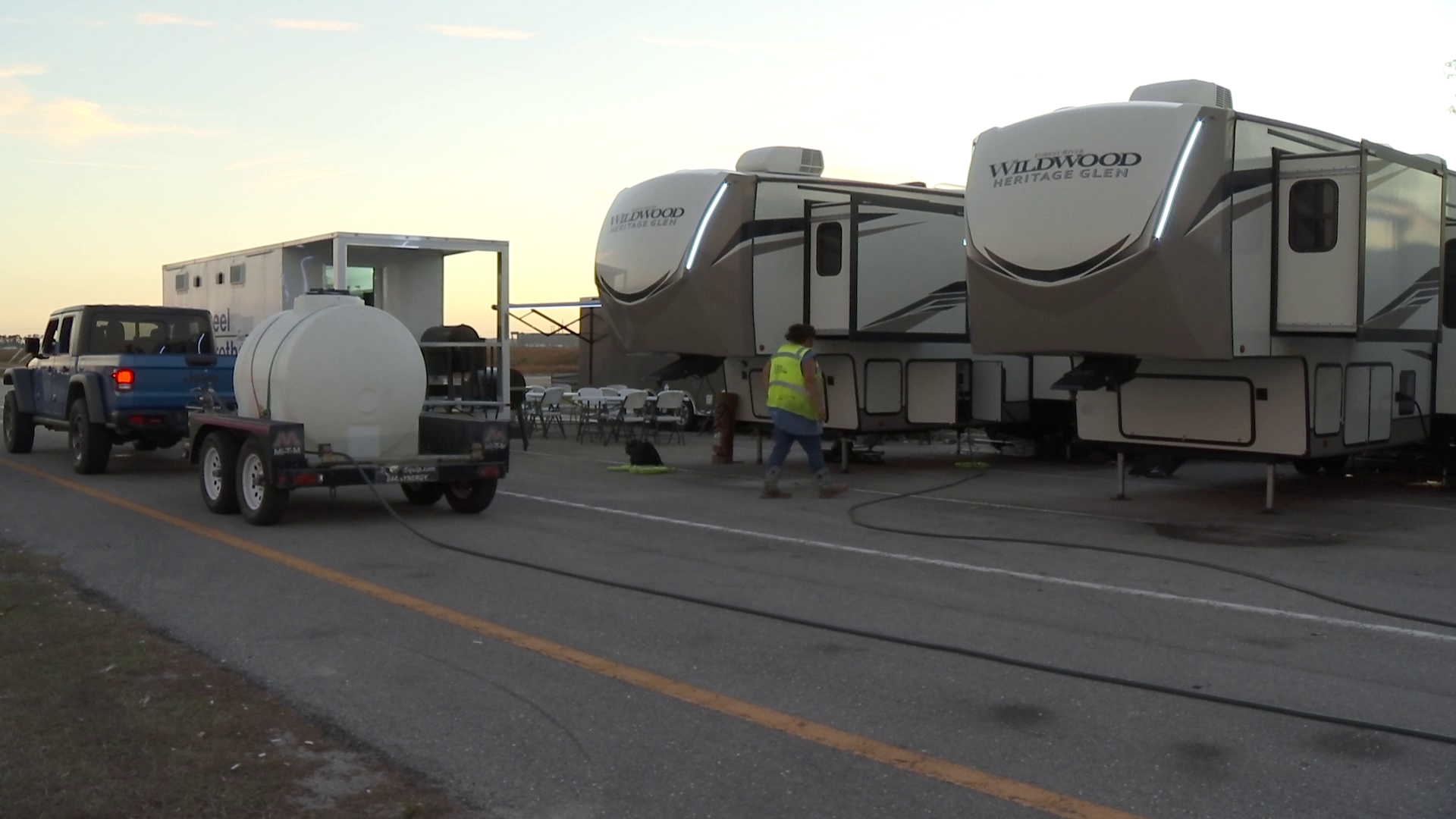 Debris and debris from Hurricane Ian has been a problem for everyone for months, but who are the people cleaning it up and where are they living while they help rebuild Southwest Florida?

Eric Henry can’t remember the exact day he made a small roadside patch of grass and dirt off Alica Road his home. In November, he drove a truck more than 1,000 miles from Pennsylvania to Southwest Florida to help clean up debris.

“It can be a bit monotonous at times,” Henry said. “It was rough. It was sad. But we are here to help people get back on their feet.”

Living in his truck, Henry has a small bed and a few shelves. He starts each day around 5 a.m., working 12-hour shifts helping to repair the damage caused by the worst storm the area has ever seen.

“It was very sad … you see people’s lives, photo albums of years,” Henry said. “That’s all. People lost everything.”

His truck and dozens of others, along with vans and campers, are parked in an area occupied by emergency response teams.

“We’re all gathered,” Henry said. “We’re literally here to help each other.”

Even before Hurricane Ian, Lee County had an agreement with Crowder-Gulf, the group contracted to clean up all the debris. The vacant land near Alik will eventually be developed, but at the time it was unused. Now it has turned into a small community.

About 500 feet down the road from Henry, on another patch of grass and land, is the Creel Brothers Group. From Louisiana, the team had been at the site since the day before Ian hit and had 35 workers in the busiest area.

Stephen Corkern was cooking dinner when WINK News arrived. It may not be much, but he is happy.

“We are all involved; we all have our jobs here,” Corkern said. “If there’s a special place you can go back to and create, it’s a little piece of heaven called home.”

Across the street from Corkern’s kitchen is a big team from Missouri. Still further down is another group from Texas. Dozens of diverse crews from all over the country were united by a simple mission.

“You can’t imagine putting yourself in their shoes,” Corkern said. “But I also feel grateful to come here and lend a helping hand. Bring them back to normal life.’

Nearly four months after Ian made landfall, crews say the work to remove the wreckage is finally nearly complete. But the people who turned a vacant lot into a miniature neighborhood will never forget their time in Southwest Florida.

“The people in this area are great; You see all the signs of appreciation to everybody for all the work they do, the handshakes,” Corkern said. “I see you every day and I can’t thank you enough for all the work you’ve done here.”

The latest statistics from Lee County show that more than 3.5 million cubic yards of debris were collected after Ian hit.

Detectives are looking for the owner of an abandoned dog in...