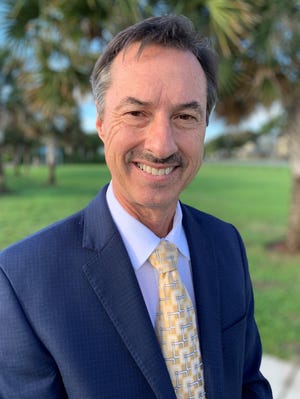 Aerodyne is sending five people to the Aerospace Hall of Fame

“We are very proud of our record-breaking 2022 group, and I want to thank the National Space Club of Florida for doing so much to raise awareness of America’s space programs,” said Aerodyne’s chief executive officer. Andy Allen said. “Paul, John, Chuck, Linda and Al epitomize the best of Aerodyne and embody the passion and dedication shown by all of our employees across the country.”

Espy’s career at KSC began in 1987 in support of the Space Shuttle program as an engineer at the United Space Alliance.

He has two children, Addison and Marin, and lives in Titusville with his wife, Theresa.

McClelland watched the Apollo launches as a child and began his career at KSC in 1987 as an instrumentation engineer with Lockheed Space Operations Co.

He is currently the lead avionics engineer for propulsion and engines at Aerodyne Industries, which supports the Artemis program.

McClelland lives in Viera with his wife Bonnie and son Ryan. Son Kyle attends the University of Florida in Gainesville.

Rake joined the Joint Space Alliance in 1990 as a Space Shuttle Program Support Engineer. He eventually became a systems specialist for the Flight Electrical Group, which maintained power distribution and control systems for the entire space shuttle fleet.

He is currently the leader of the flight electrical and pyrotechnics engineering group responsible for some of the most critical aspects of the Space Launch System rocket and the Orion spacecraft.

A data management expert, Thompson has been an integral part of KSC’s human spaceflight program since she began her aerospace career in 1979.

Over the next 43 years, it supported 135 space shuttle missions, was awarded for ensuring the preservation of critical support equipment and documentation for NASA, and currently supports NASA’s Artemis program.

Thompson and her husband, Dennis, have 10 children, live in Cocoa with their daughter, Riley, and currently provide foster care for their two young children.

A lead engineer for fire protection and security systems, Studt is also the BOSS team leader at Aerodyne Industries.

Concurrently, he was also in the volunteer fire service for 39 years, serving locally with the Canaveral Fire Rescue as a lieutenant and marine fire instructor in Port Canaveral.

Urban search and rescue teams were formed in Florida after 9/11, and Studt was a founding member of Task Force 4 as a communications specialist and later cross-trained as a structural specialist.

Studt and wife Lori live in Port St. John and enjoy spending time with family in Tennessee and North Carolina.

Chief Executive Officer of Sidus Space Carol Craig was recently honored as a winner at the 15th Annual Globee Women World Awards and is a finalist at the 19th Annual Stevie Awards for Women in Business.

Sidus Space describes itself as “a space-as-a-service company focused on commercial satellite development, production, launch and data collection, with a vision of securing spaceflight heritage status for emerging technologies and providing data and predictive analytics to both domestic and global customers “.

The Globee Women World Awards celebrate women in business and the professions from around the world.

Organizations from around the world are eligible to submit nominations, including public and private, for-profit and not-for-profit, from the largest to the smallest and new start-ups.

Sidus Space won Gold for Women-Led Workplace of the Year and Craig was also recognized as Female Executive of the Year.

The Stevie Awards for Women in Business honor women leaders, entrepreneurs, employees and the companies they lead around the world.

This year, more than 1,500 entries were submitted for consideration in over 100 categories, including Executive of the Year, Entrepreneur of the Year, Company of the Year, Startup of the Year, Women Helping Women and Workplace place of the year run by women’.

Craig and Sidus Space are finalists in the Most Innovative Woman of the Year (Technology) and Achievement in Product Innovation categories.

Winners will be announced during a gala event in Las Vegas on November 11.

Melanson’s responsibilities include leading administrative support services initiatives for all Health First departments with an emphasis on reporting and analytics.

Prior to joining Health First, Melanson was a licensing manager at USA Mortgage.

If you have a Business Newsmakers story you’d like published, send details to Wayne T. Price at wtpkansas@yahoo.com or contact him at 321-223-0230.

The Tourist Board will not support $ 30 million for the...