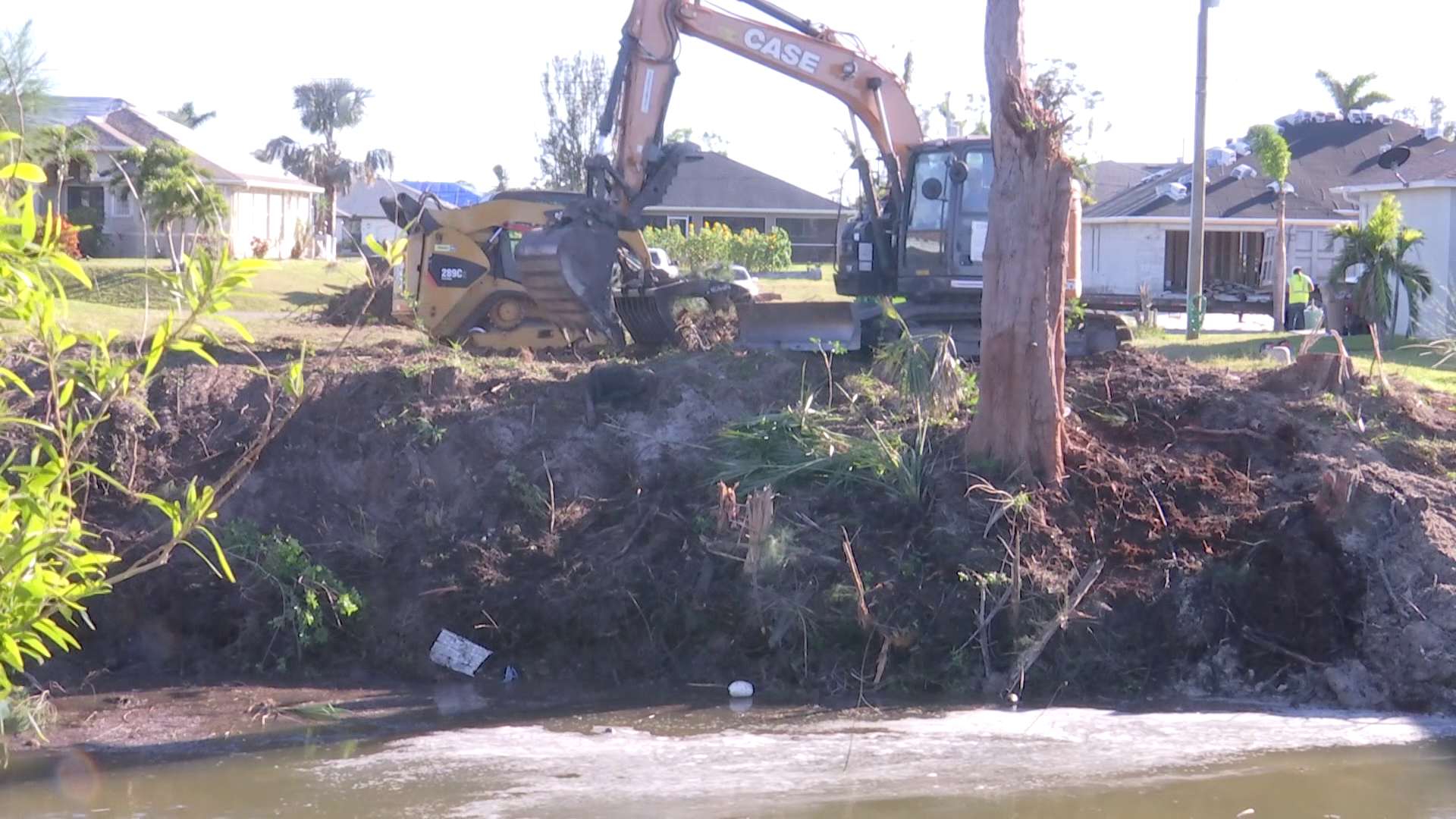 Many are still working to clean up after Ian, but imagine if you had to clean up 400 miles of canals. That’s what’s happening in Cape Coral.

The City of Cape Coral is cleaning its canals.

Michael Murphy was also delighted. “I thought, oh, well, I’ll get my boat back there,” he said. “Well, it was crossed by trees. You could not pass from either side. There were fallen trees at both ends. So it was a big mess.”

It was a mess and an environmental problem.

“So far, when it comes to water quality results, we haven’t seen a dramatic change from our averages,” said Maya Robert, environmental resources manager for the City of Cape Coral.

Although the water may look dirty, Robert said turbidity does not mean poor water quality.

It can actually be a good thing.

It is too early to tell if the debris in these canals will cause water problems in the future.

“If there are issues like fish kills, algal blooms or aquatic vegetation, we’ll address them as they arise,” Robert said, adding that “we have field crews that go out and they have specific instruments that consider physical parameters’.

They look at temperature, oxygen levels, salinity and the type of nutrients and bacteria in the water.

“Then we take the samples back to the city lab where we actually do a more in-depth analysis,” she said.

The Murphys believe that fewer boats on the water has had a positive effect on their canal.

Cleaning will continue until April.

Janis Joplin’s Mandolin Given to Jimi Hendrix Sells for $281,250