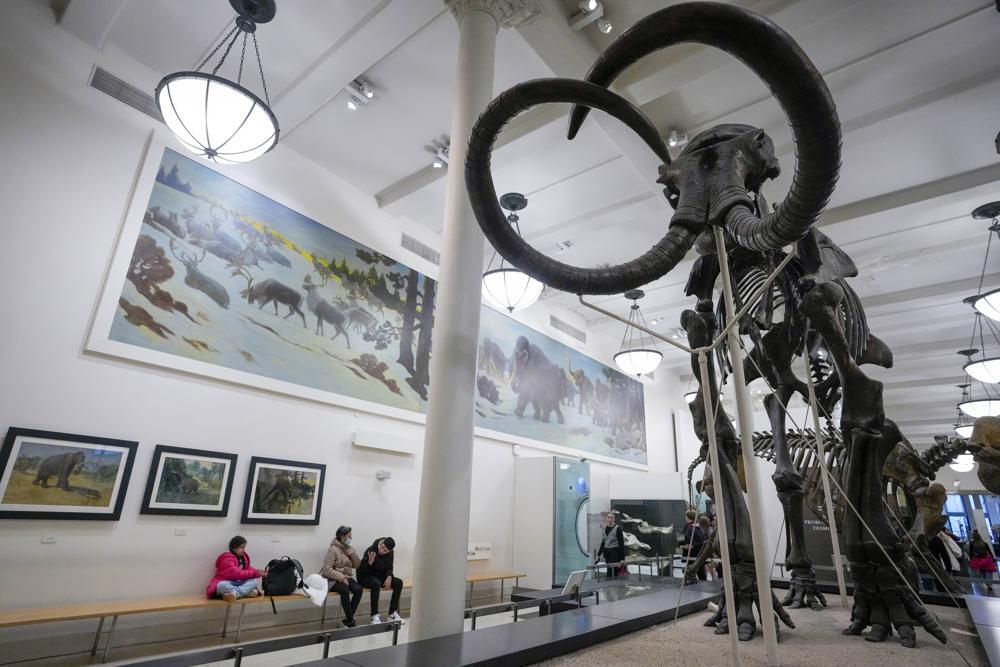 Ask people what you might find buried in the dirt at the bottom of New York’s East River, and they’re more likely to say “mob boss” before thinking about mammoth bones.

But in recent weeks, several groups of treasure hunters have taken to the waterway after hearing comedian Joe Rogan’s podcast guest claim that as many wagonloads of potentially valuable prehistoric mammoth bones were dumped in the river in the 1940s.

Despite the lack of evidence to support the story, treasure hunters using boats, diving equipment and technology such as remote-controlled cameras have gone on the hunt in the hope that the murky water hides woolly mammoth tusks.

“I think the odds are as good as the lottery. And people are buying these tickets every day, said Don Gunn, 35, of North Arlington, N.J., a commercial diver who has been on the water since early last week with his brother and two workers.

It all started when John Reeves, an Alaskan gold miner with a passion for fossils, came to the episode of “The Joe Rogan Experience,” which aired on December 30, to talk about his land, where he personally found many ancient bones. and tusks. In the first half of the 20th century, during the previous ownership, gold diggings unearthed the remains of prehistoric mammals.

Some of this material was brought to New York decades ago to be donated to the American Museum of Natural History. Reeves referred to a draft report drawn up by three men, including one who worked at the museum, which contained a reference to some fossils and bones deemed unsuitable for the museum being dumped in the river.

“I’m about to start a bone fever,” Reeves told Rogan before reading the draft and naming the location: East River Drive, now known as FDR Drive, near 65th Street.

“Let’s see if anyone’s up for an adventure,” he said, later adding, “Let me tell you something about mammoth bones, mammoth tusks—they’re extremely valuable.”

After the episode aired, the American Museum of Natural History doused the tale with water as cold as the East River.

“We have no record of the burial of these fossils in the East River, nor have we been able to find any record of this report in museum archives or other scientific sources,” the statement said.

When reached by phone by The Associated Press, Reeves declined to talk and instead told a reporter to read pages of a draft he posted on social media before hanging up. He did not respond to other calls and emails.

The social media pages identified three people as authors: Richard Osborne, an anthropologist; Robert Evander, formerly of the Department of Paleontology at the American Museum of Natural History; and Robert Sattler, an archaeologist with the Alaska Native Tribes Consortium.

The Associated Press’ Sattler said the story about the discarded bones came from Osborne, who died in 2005.

The document Reeves refers to was real, he said, and was written in the mid-1990s. But this was not what was intended for an academic journal. This was the starting point for something – perhaps a book – based on Osborne’s knowledge of the period in Alaska when mammoth remains were being discovered in large numbers. Osborne’s father worked for an excavation company.

Sattler said Osborne spent time in surgery as a young man and probably heard the story of excess bones being dumped in the river. Sattler said he didn’t have anything special other than Osborne’s memories.

“He was aware that someone had told him that they dumped excess material into the East River,” he said.

Mammoth remains found in Alaska did end up in the American Museum of Natural History, including some that are still on display today.

The stretch of Manhattan shoreline where Reeves claimed the bones were dumped underwent major changes in the 1930s and 1940s when East River Drive, later renamed in honor of President Franklin D. Roosevelt, was built with an embankment and mine. The highway fully opened to drivers in 1942, and the question arose as to how someone would dispose of a huge supply of bones without disrupting traffic.

Gunn said he’s seen about two dozen other groups of fossil hunters in the time he’s spent looking for mammoth remains on the East River.

Visibility in the East River is very poor, he said. On a good day you can see maybe a foot in front of you. The current at the bottom is strong.

But the avid diver, who appeared in Discovery’s “Sewer Divers,” has an interest in finding unusual finds — though mammoth bones, of course, on a different scale than Paul River’s estate-sale spoon find.

“I’ve been looking for weird artifacts my whole life, so this one just fits right into my repertoire,” Gunn said.

He and his team found nothing, which he admits was disappointing, but it prompted him to delve into the story on his own. He shifted his focus to a location beyond the southern tip of Brooklyn, saying it would be a more likely place to dump cargo than the East River near Manhattan.