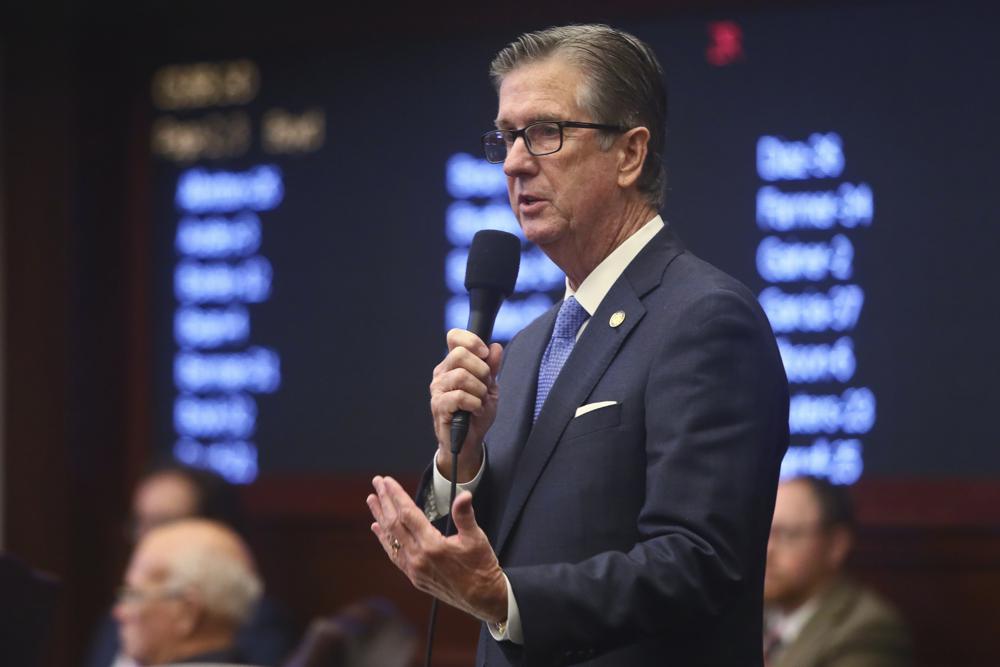 The Florida Senate on Tuesday approved a broad legislative package designed to combat rising property insurance rates and other problems in the state’s turbulent insurance market, setting up a $ 2 billion reinsurance fund and writing new rules on denials and attorneys ’fees.

The Republican-controlled Senate passed the law after hours of debate. Now the proposals are awaiting adoption in the House, which is expected on Wednesday.

The bills were passed as part of a special legislative session dedicated exclusively to property insurance. Lawmakers failed to pass insurance reforms earlier this year during their regular session, which was dominated by controversial guerrilla fights over bills on race, gender identity, sexual orientation and abortion.

During Tuesday’s debate, Democrats in the Senate called for an immediate reduction or freeze on rates for property owners, but their amendments were rejected by Republicans, who argued legislation was the best way to stabilize the market in the long run. Republican Legislation Sponsor Sen. Jim Boyd said the measures would not lead to a rate cut earlier than 12-18 months.

“My constituents, with whom I have spent quite a bit of time over the past few weeks and months, are in desperate, desperate need in less than 18 months – today, tomorrow, the next day, definitely before hurricane season,” said Senator Lauren Buk. democrat.

The proposals will create a $ 2 billion reinsurance program to help policyholders purchase insurance to help isolate themselves from risk. In order for an insurer to gain access to the fund, it would have to lower policyholders ’rates.

Bills prohibit insurers from automatically denying coverage due to the age of the roof if the roof is less than 15 years old. Owners of houses with roofs older than 15 years will be allowed to undergo an inspection before insurers deny them coverage. If the inspection shows that the roof is left for at least five years, insurers can not refuse to issue a policy based on the age of the roof, according to the proposed legislation.

If the roof is damaged by more than 25% but already meets the state building codes of 2007, it will only need to be repaired and not replaced under an exception to the building code that the proposed legislation creates.

Another measure is to provide grants of up to $ 10,000 each to upgrade homes to make them less vulnerable to hurricane damage. To qualify, real estate must have an insurance value of $ 500,000 or less, be a homestead built before 2008, and be located in areas where wind speeds from storms can exceed 140 miles per hour (225 kilometers per hour). Homeowners will receive from the state $ 2 for every dollar they have invested in mitigation efforts.

“Obviously you want to pay lower rates, but if you make improvements, you avoid damage in the first place, so it will help,” Republican Gov. Ron DeSantis told a news conference Tuesday in Havana, Florida. “I think these reforms are positive.”

The legislation also seeks to limit various attorneys ’fees in insurance-related cases, which insurers blame for most of the rate hike for policyholders. Proponents of the legislative package often point out that Florida accounted for 9% of all insurance claims filed in the country, but nearly 80% of all property insurance lawsuits.

The bills will allow more control by the state so that regulators can spot trends, analyze the causes and try to prevent future failures of insurers. The insurance industry has suffered underwriting losses of more than $ 1 billion each year in two years, and several insurance companies have either become insolvent, demanded cancellations in the medium term, are in liquidation or have stopped writing new businesses since 2021, the governor said in a statement. urging lawmakers to return to the Capitol.

Legislative leaders on Tuesday also reached an agreement to include in the package a measure requiring all condominiums above three floors across the state to have periodic checks on their structural integrity, a proposal that came in response to the collapse of the Surfside condominium that killed almost 98 people. a year ago.

Storm Reid is loving her dorm life at USC as she pursues an acting...

N.C. woman Andelle Taylor has died after being stuck in her...