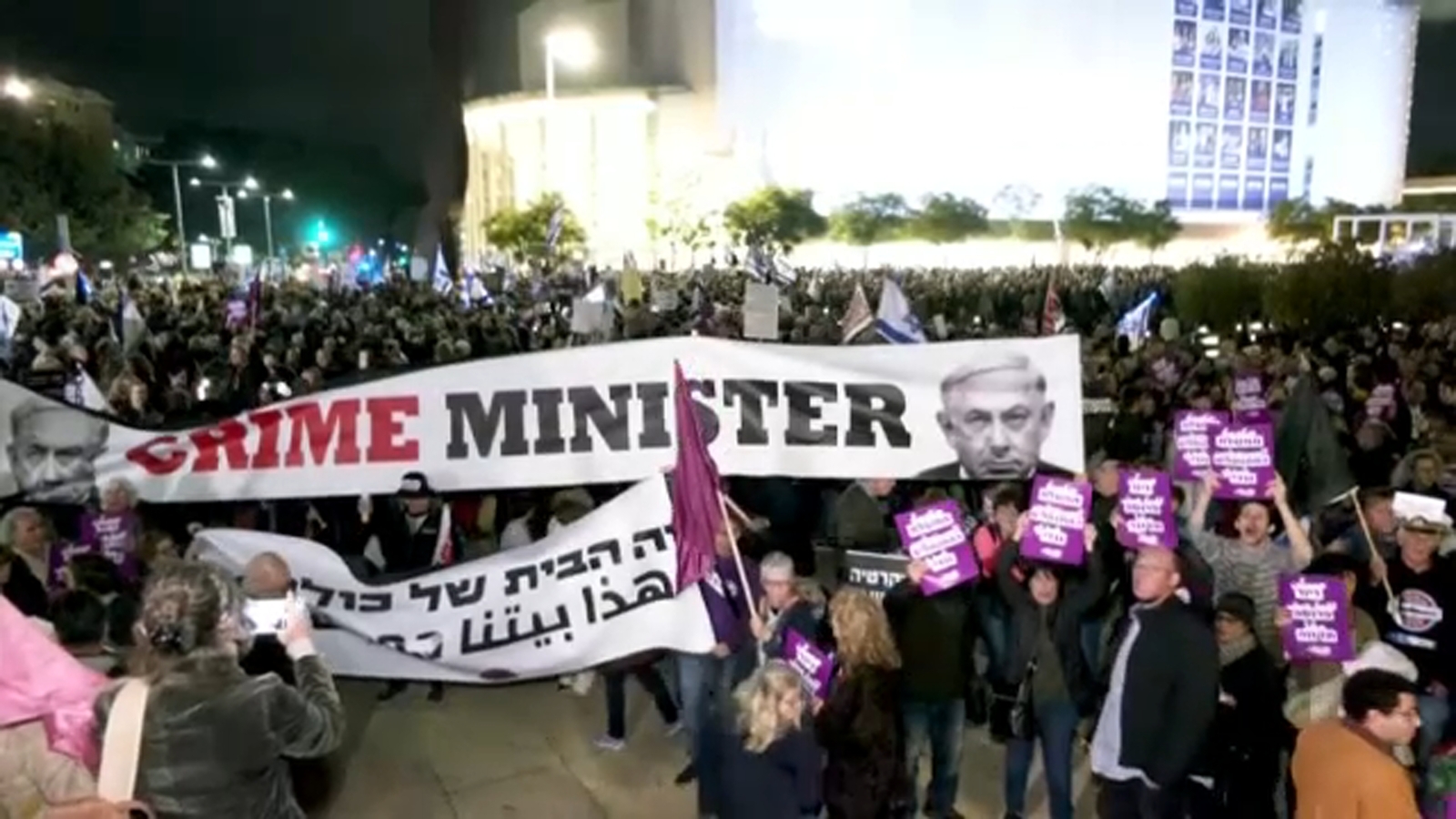 TEL AVIV, Israel — Tens of thousands of Israelis gathered in central Tel Aviv on Saturday night to protest plans by Prime Minister Benjamin Netanyahu’s new government to overhaul the legal system and weaken the Supreme Court, a move critics say will destroy the country’s democratic system of checks and balances. .

The protest was the first challenge to Netanyahu and his ultra-nationalist National Security Minister Itamar Ben-Gvir, who has ordered police to crack down if protesters block roads or display Palestinian flags.

Israeli media, citing police, reported that the crowd in Tel Aviv’s Habima Square swelled to at least 80,000 people, despite the cold, rainy weather. The protesters, many covered with umbrellas, held Israeli flags and signs reading “Criminal Government”, “End Democracy” and other slogans.

“They are trying to destroy the system of checks and balances of Israeli democracy. It won’t work,” said Assaf Steinberg, a protester from the Tel Aviv suburb of Herzliya. “And we will fight until the very last minute to save Israeli democracy.”

No major unrest was reported, but Israeli media reported that small crowds clashed with police as they tried to block a highway in Tel Aviv.

Netanyahu, who is on trial on corruption charges, has made reforming the country’s legal system a centerpiece of his agenda.

His government, which has been in office for just over two weeks, is made up of ultra-Orthodox and far-right nationalist parties, and has proposed weakening the Supreme Court, giving parliament the right to overturn court decisions with a simple majority. He also wants to give parliament control over the appointment of judges and reduce the independence of legal advisers.

Justice Minister Netanyahu says unelected judges have too much power. But opponents of the plans say the proposed changes would strip the judiciary of its independence and undermine Israeli democracy. Israeli opposition leaders, former attorneys general and the chief justice of Israel have spoken out against the plan.

The changes in the law could help Netanyahu, who is on trial for corruption, avoid conviction or even stop the trial altogether. After his indictment in 2019, Netanyahu said the justice system was biased against him.

Ahead of the march, the police increased their presence. Israeli media quoted police as saying officers had been instructed to be “very sensitive” and allow the protests to proceed peacefully. But they also vowed to crack down on any vandalism and violent behavior.

Smaller protests were also held in the cities of Jerusalem and Haifa.

USDA approves “improved” purple tomatoes. What you need to know