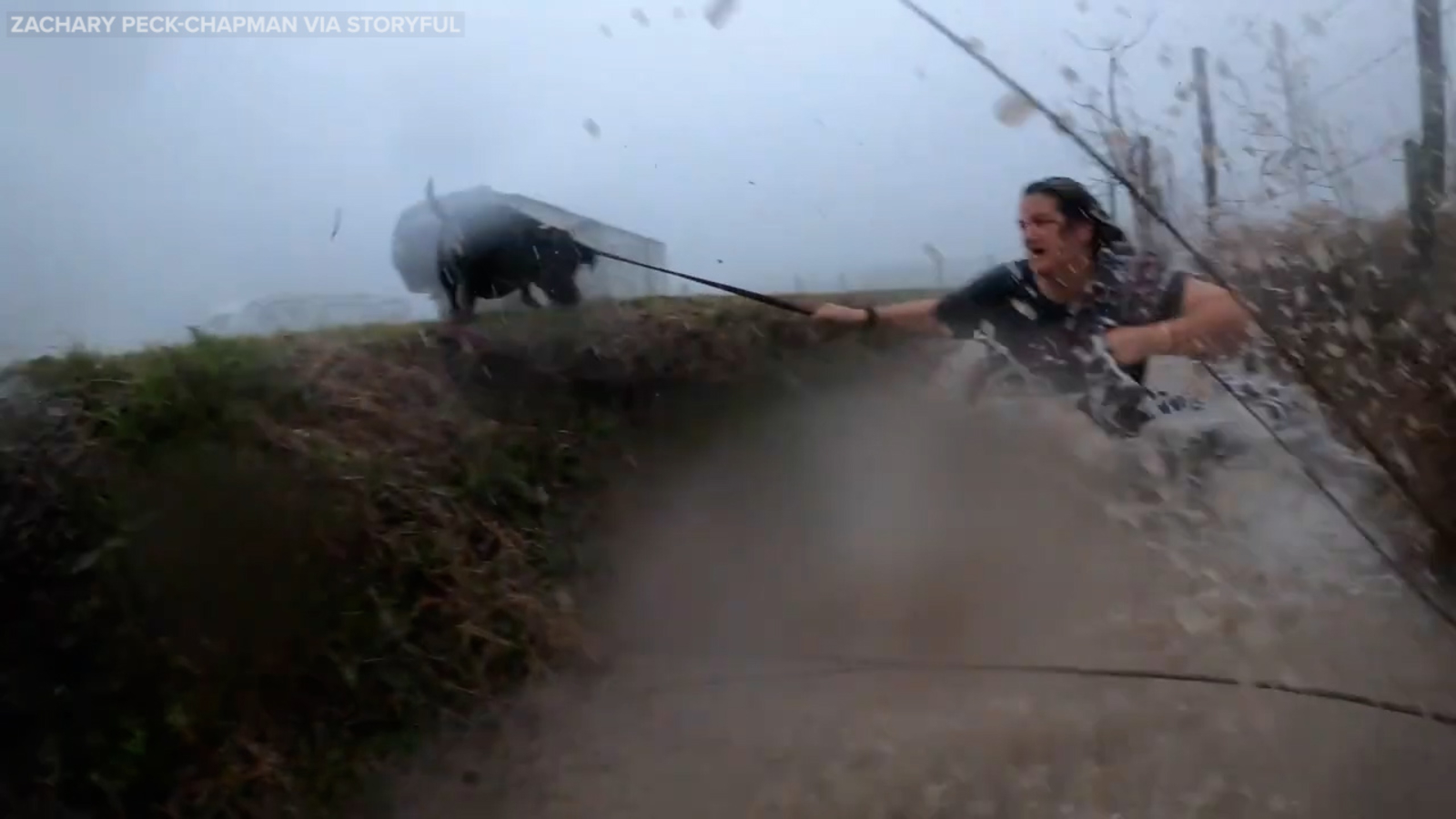 ORANGE, TX – A couple feel “lucky to be alive” after escaping from their van and diving into a ditch to escape a tornado in Texas.

Video captured Tuesday shows the dramatic moments Zachary Peck-Chapman and his partner get out of the RV with their two dogs and jump into a ditch at the Country Livin’ RV Park in Orange, about 100 miles east of Houston.

on tuesday Forecasters have issued a rare tornado emergency in the Houston area as the storm system moved through a densely populated area. Cities east of Houston reported extensive damage, but no injuries.

Peck-Chapman said the tornado touched down several hundred feet from their van, reporting on Twitter as “the most terrible moment of our [lives].”

“We’re still a bit shaken by it all. But we are very blessed to have each other and our house is intact! It could hit us right away. We couldn’t see it because of the wind and rain, but less than a quarter of a mile down the road were houses/vehicles/trees/power lines/etc. were damaged,” he wrote.

Peck-Chapman added that there was only minor damage to the parking lot and the owners immediately came out to help move the campers back to their units and reassure everyone that everything was going to be okay!

The storm is expected to bring damaging winds to parts of Florida, Georgia and the Carolinas on Wednesday, forecasters said. The National Weather Service said a winter weather advisory extends from southern Missouri to Maine, with areas in New England expecting 8 to 12 inches (20 to 30 centimeters) of snow.

Latto talks about the Roe v. Wade coup in his new single

A World Health Adviser is tracking the outbreak of monkeypox in European raves where...

Short-term storms are expected; Fiona in the northern Caribbean