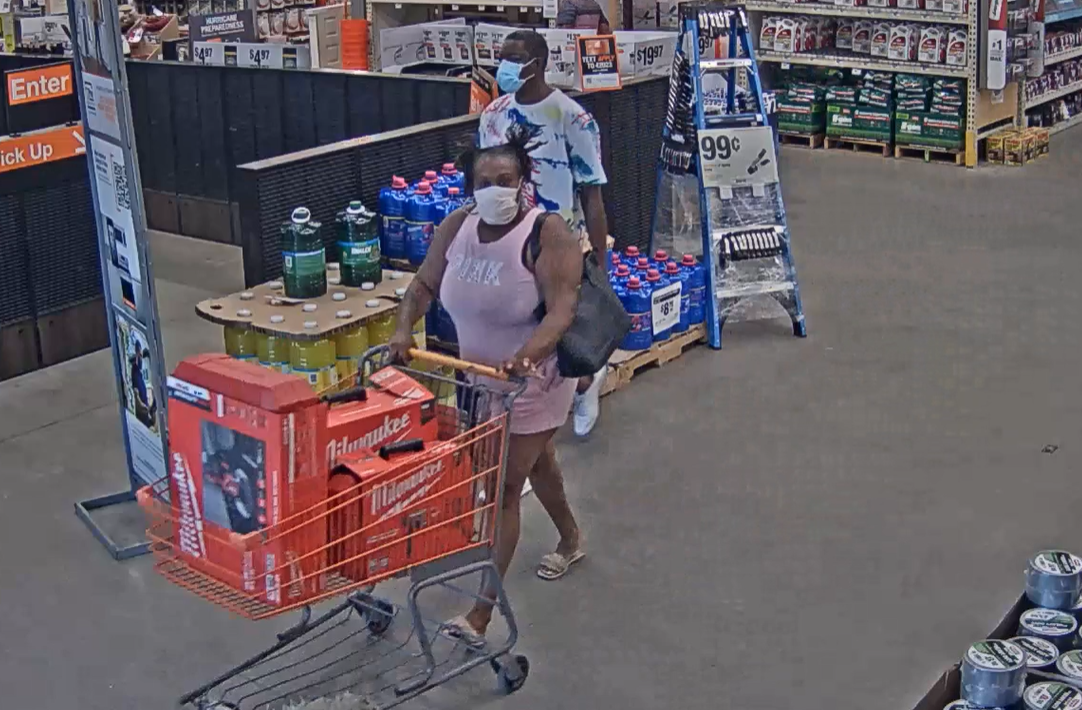 Two suspects in the attempted theft are being searched after police said they tried to steal from a home depot in Fort Myers on May 16th.

According to the Fort Myers Police Department, around 4:10 p.m., a man in a white shirt with colorful drawings and a face mask entered the Home Depot, located at 3402 Forum Boulevard, accompanied by a woman in light pink PINK clothing. ”-Branded shirt, also wearing a mask.

The suspects inspected the store with an empty shopping cart before picking up three Milwaukee products from their displays in the aisle with tools and putting them in the cart. At about 4.20 pm the suspects passed by all the outlets with the goods without paying for it. After a loss prevention officer encountered them, the suspects returned the stolen goods, eventually leaving the scene in a gray 2014 Ford F150 release. The total amount of stolen / seized goods was about $ 900.

Tommy Chong thinks the Biden pardon is good, but there is more to do

The plane crashed into Lake Victoria on approach to the airport...