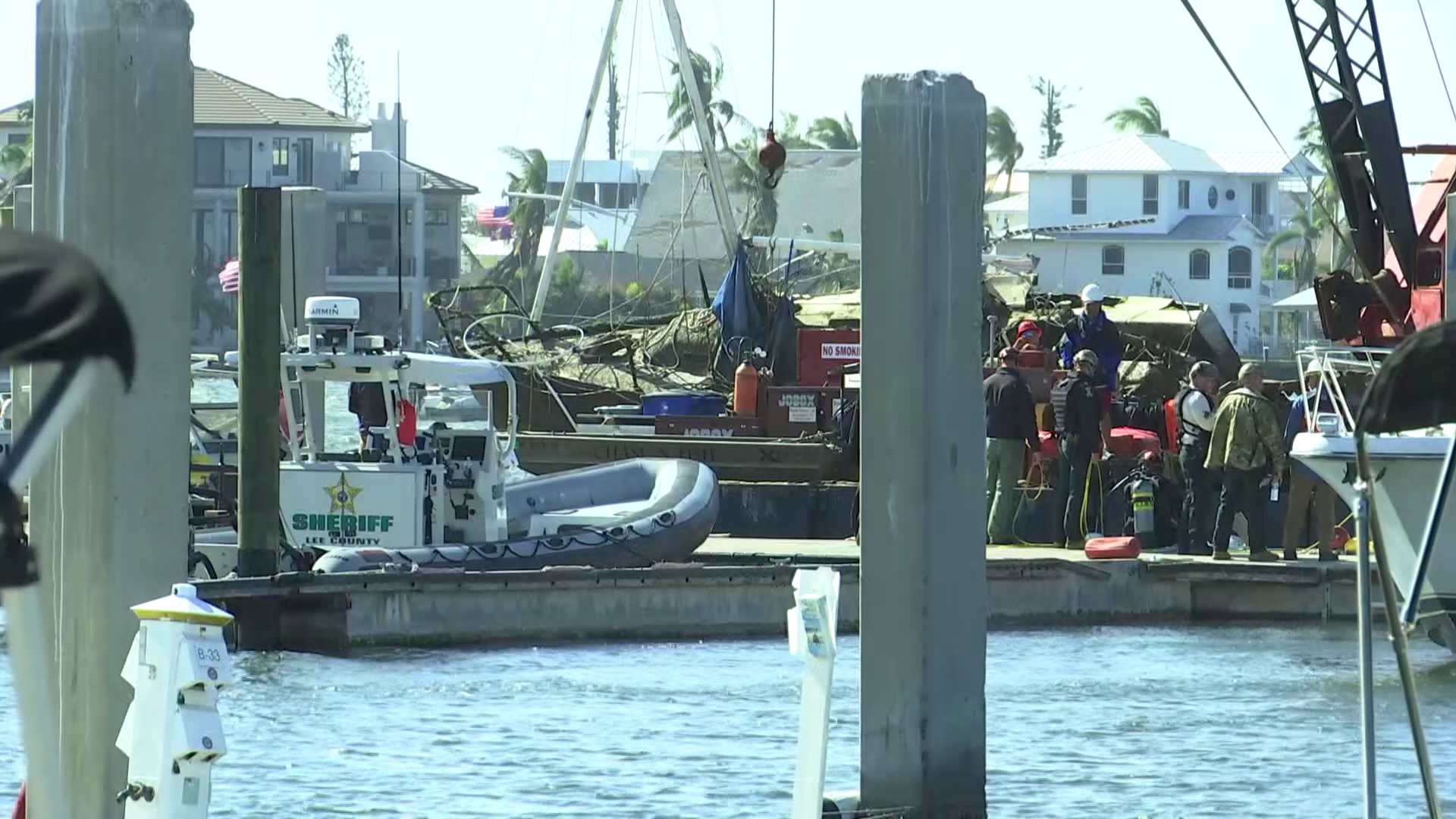 On Friday, Lee County Sheriff’s Office dive teams recovered the missing man’s sunken boat and the body on board.

A dive team has found the wreck of the Good Girl sailboat in Matanzas Pass and says they are actively recovering it.

The sheriff’s office says a body was found on the boat and the medical examiner is now working to identify the person.

LCSO said that is where the missing James Hearst was last known to be on board during Hurricane Ian.

An employee at Salty Sam’s Marina said it was emotional to watch the recovery. “I would say bitter. You know, because of what happened, maybe with that ship it actually helps us by getting another sunken ship out of the water. But I think the most important thing is that it can help the family,” said Ryan VanDenbil.

“If it’s the last person known, it’s going to be good closure for the family, and you know, hopefully it’s going to end the hurricane,” VanDenbil said.

Crews worked all day on the sunken sailboat. First, divers went into the water to help prepare, then the boat was lifted to the dock hours after it left the water, WINK News saw people in hazmat suits get into the boat and retrieve items.

All this happened while those at Salty Sam’s Wharf watched from a distance.

“We give them all the access they need. We want to help them in any way we can. I think the best way we do that is to stay out of their way,” VanDenbil said.

Hurst is the latest missing person from Fort Myers Beach since Hurricane Ian.

Otters learn from each other, but solve some puzzles alone

Bill Russell was the ultimate champion of sports, a fighter for change

A 10-year-old boy accused of threatening a mass shooting is being...