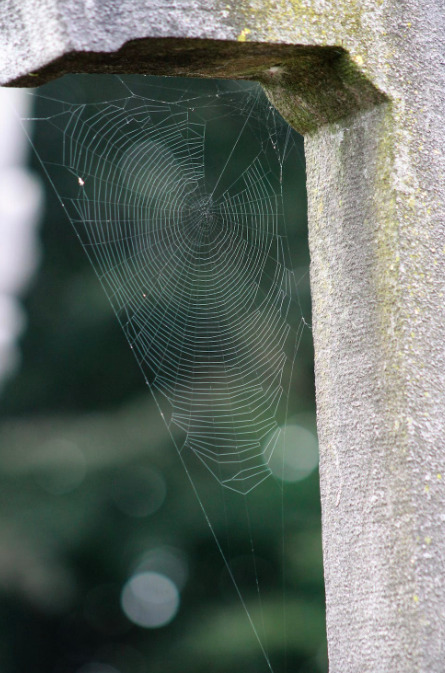 It seems like every day in the tech world we hear about the salvation that the new era of the Internet will bring, removing control over user data from mega-corporations and returning control (at least in part) to the people.

But until we read this topic further, we will see the terms Web3 and Web 3.0, which seem synonymous, but are completely different.

Web3 is the most commonly referred to aspect of the new web world, and it includes concepts such as decentralization, blockchain technologies, and token-based economies.

On the other hand, Web 3.0 otherwise known as the Semantic Web was championed by the father of the Internet, Sir Tim Berners-Lee, to correct his brainchild that had gone astray. His project Solid will have private information stored in decentralized data stores called pods that can be located anywhere the user chooses. The project also relies on existing W3C standards and protocols as much as possible, according to Solid MIT website.

When asked whether it coincides with the version of Web3’s future TNW Conference 2022he said no, adding that “when you try to build these things on the blockchain, it just doesn’t work” — referring to aspects of the Internet that will give people back power over data and identity.

The goal of Web 3.0 was to make data as machine-readable as possible.

The rules laid out for Web 3.0 about how to link data are similar to the rules for writing articles and how you should use links so that machines can read this information and understand the relationship between different topics so that crawlers can learn from it effectively, according to Reid McGinley -Stempel, co-founder and CEO of Stytch, a platform for authentication developers.

“I feel that when I interpret it today, as someone who tried to dig into a lot of the things that OpenAI did, like GPT-3 and DALL-E 2, it seems like Tim Berners-Lee was way ahead of his time in terms of from a predictive point of view, when you’re building smarter ML and AI, it would be really important if you had context in a machine-readable form of what articles or content are related to each other on the web,” Reid said. .

The two ideas for the new Web differ in this respect because the Semantic Web focuses primarily on how to actually present information at a machine-readable level on a Web site. On the other hand, the Web3 blockchain is much more focused on what is the backend data structure for how that data is read.

However, according to Reid, this idea of ​​data availability may be possible in some respects in Web3.

“When you get to the heart of blockchain, which is open data by default, there’s clearly some overlap here. The ability to discover data was very important to Tim Berners-Lee and his concept, and this can exist in the blockchain because everything you do with your Ethereum wallet or any smart contract you interact with is naturally searchable and discoverable . Although I think the intentions for revealing this data are different than Tim Berners-Lee’s,” Reed said.

A similar goal, but a different path to it

Bruno Wolzenlogel Paleo, head of STEM at Dtravel, Web3’s native travel ecosystem that provides property owners and hospitality entrepreneurs with the infrastructure to accept on-chain bookings, said there are many articles that present Web3 and Web 3.0 as opposites, while they are appear to both actually address different aspects of what people want from what follows Web 2.0.

What people want from the new Internet is greater participation and ownership of their data, greater data privacy, and less reliance on third parties and intermediaries. Selling user data for advertising undermined people’s trust in Web2.

“The current technical solution from Web3, which in practice is Web2 plus blockchains, cryptocurrencies and smart contracts, does not yet provide the last aspect,” Paleo said. “Tim Berners-Lee’s notion of Web 3.0 is very interesting, and I think it addresses this need for privacy and data ownership better than the approaches that currently exist in the blockchain space.”

All kinds of data can be stored in Solid Pod, from structured data to regular files that you might store in Google Drive or Dropbox folders, and people can grant or revoke access to any part of their data as needed.

All data in Solid Pod is stored and accessed using standard, open and interoperable data formats and protocols. Solid uses a general, common way of describing things that different applications can understand. This gives Solid the unique ability to allow different programs to work with the same data, according to A solid project.

There is a problem with monetizing Web 3.0

Still, Paleo said he doesn’t see anything in Web 3.0 to solve economic incentives.

“It’s not just about finding a solution that makes it easy for people to own and move their data,” Paleo said. “There’s also the economic issue that people don’t want to store their own data, and then for someone else to store their data, say Facebook or Google for data storage, there has to be some economic incentive in Web 2.0 as well. the incentive is to monetize that data. But in the idea of ​​Web 3.0, I just don’t see how it offers any alternative to the proposed monetization of data.”

Web3, on the other hand, has a profit motive because Web3 companies can provide services or tokenize their business model.

Challenges for developers in Web3

While Web3 is poised to disrupt the Internet as we know it, it’s important for developers to understand that they’re not moving away from Web 2.0, but rather will continue to use conventional software development tools and add some extras from Web3, according to Paleo.

“It’s not something that’s going to happen in the next five years or maybe even 10 years, but maybe even longer as the infrastructure evolves and it becomes easier for people to store their own data or store it,” said Cynthia Huang, chief of the growth department of Dtravel.

An important thing for developers to watch out for is that some types of data are better off not being stored on the blockchain. Since transparency is really key for blockchains and for Web3, it doesn’t work very well for data you don’t want to be public. For example, if you have medical records, it doesn’t make sense for you to store them on the blockchain, Huang explained.

Another challenge is that developers need to consider not only the front-end and back-end of the application, but also the smart contract layer and then the connection to the blockchain.

“It’s difficult to decide which parts of the application logic should go into the smart contract and which parts should be handled by, say, the backend,” Paleo said. “And just because you’re using smart contracts doesn’t necessarily mean you’re going to magically get the benefits of blockchains.”

Developers must develop in very specific ways to benefit from blockchain.

“When people use blockchain, they usually talk about less reliance on trust and more independence from third parties and intermediaries, but if you implement a smart contract in such a way that you have absolute power to change the smart contract at any time, then your users still depend on you as a third party and intermediary,” Paleo said. “So you have to implement smart contracts in a way that really achieves those goals of immutability and reducing the need for trust.”

Many people are still unfamiliar with crypto wallets

Also, many people are still not used to using non-custodial crypto wallets like MetaMask and are still used to the payment method of Web2 services using credit cards.

“If you want to create a crypto-native project that is purely Web3, then in order to pay for things on your website, users will have to connect their MetaMask wallet, and they will have to fund that MetaMask wallet with the base currency of some blockchain to pay gas fees,” Paleo said. “So it creates entry barriers for users and friction for users who are new to blockchains and cryptocurrencies, which is a big challenge for developers in Web3.”

Because tokenics can open up new revenue streams that don’t involve selling user data, keeping user data can become a liability or risk best avoided. so it’s in the companies interest to no longer store the data.

Paleo said there are some interesting approaches such as IPFS (Interplanetary File System), Filecoin and Tim Berners-Lee’s idea of ​​Web 3.0 that could help solve this problem.

According to Reid, Web3 adoption is currently largely driven by Web2 companies looking to add their own Web3 features to their products. For example, Twitter allows users to link their NFTs to their Twitter profile.

“The biggest traction we’re seeing in Web3 use cases is the offerings within the Web2 use cases that are already rolling out. I think a lot of Web3 apps are still trying to prove why you should use the app over Twitter, Uber, Lyft, Facebook, or Google, because I think there are real UX questions about whether it’s worth the trade-off at this point. which is why hybrid approaches seem to be gaining traction from our perspective,” Reed said.

Also, not everyone wants the compromises that Web3 will make if it means sacrificing UX.

The origin story of the Web3 idea is that people don’t want to be locked in the walled garden of the big Web2 platforms that have enormous control over everyone’s digital life. But many users don’t want to exist in a world where the UX is bad, but you have complete control over your data.

“A lot of companies think there are interesting technical details and cultural trends with Web3, and they’re interested in that. They don’t launch everything on the blockchain at once. They see a ton of value in their core Web2 platform and products. And they see the value as well as the opportunity to attract users who are very interested in Web3 NFT. And so they just see it as another feature that they can offer,” Reed said.

In South Dakota, a monkey at the zoo underwent surgery to remove the cap...