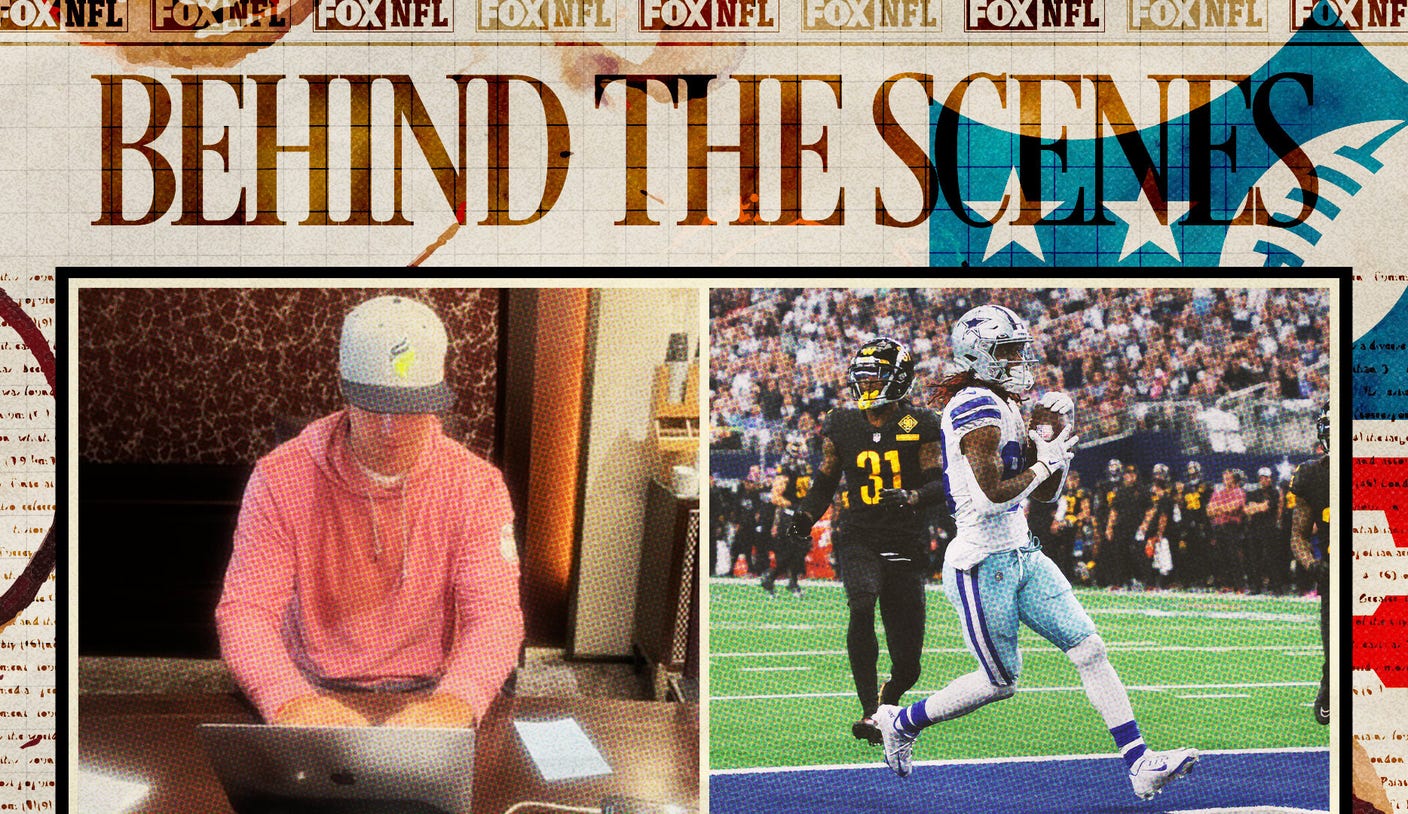 Editor’s note: Richie Zoentz has been an NFL producer for FOX since 1994 and has been a lead producer for the past 20 seasons. He has more than 40 years of experience in the league and has produced six Super Bowls. During the 2022 NFL season, he’ll get an inside look at FOX’s new #1 NFL team as they make their way to Super Bowl LVII.

DALLAS — The month of the season seems like an appropriate time for a chemical construction discussion between our established production team and its new analyst.

When it comes to being comfortable with an analyst Greg Olsenour goal as a crew is to understand and master my newly created science of Olsenology.

In our very short time together, it was clear that Olsen, a former All-Pro tight end and 14-year veteran, loves football. He coaches his 11-year-old son TJ’s team during the week and likes to bring an educational aspect to our telecasts.

Behind the Scenes: The Olsenology Course

Analyst Greg Olsen coaches the FOX NFL team in a production meeting, detailing all the storylines to watch in the Commanders-Cowboys game.

At our Saturday evening production meetings, Olsen elaborates on his thoughts on the game, and this often leads to interesting group discussions. Curiosity is an important quality in a broadcaster, and Olsen has plenty of it. He wants to excel at this broadcasting job, but doesn’t take himself too seriously.

Olsen and partner Kevin Burkhardt have a wonderful ease and closeness to their off-air relationship that is clearly evident on-air.

On a personal level, I found Olsen to be a “hug” – as in hugs with other people. At 6’5 he is a large man whose wingspan can make us mere mortals disappear in his arms. My ribs still hurt from the hug two weeks ago.

Olsen shows up in a different minor league baseball cap every week – that’s pretty cool in my book. He enjoys long and loud Saturday dinners with our production team. And remember the old saying, which I’m just making up now: “A team that eats and laughs together thrives together.”

In terms of broadcasting, I define “Olsenology” as understanding how Gregg sees the game. What are his thought processes? Where are his eyes looking on this play? That’s the challenge for me and director Rich Russo at the beginning of the season. The moment we become better mind readers will determine our Olsenology score.

How can we help?

Here’s the standard phrase from a producer to any player-turned-analyst: “Be yourself.”

Nevertheless, these words are really the starting point for a TV career. Being comfortable in your own skin is very important, and that can’t happen if you try too hard to be someone you’re not.

“This defense is SPECIAL!”

Kevin Burkhardt and Greg Olsen break down an impressive Cowboys defense and the play of Cooper Rush in their win over Washington.

My initial suggestion is always to not “negotiate”. Analysts know so much and see so much that it’s hard to condense their thoughts at the pace of an NFL game.

The games last three hours, enough time to earn all the points. Olsen and I have discussed this and are on the same page. In fact, a gentle reminder to Olsen early in the game echoed that point.

Our job as producers is to control and minimize bad habits while allowing and supporting the flourishing of all the good qualities. And Olsen has a lot of them.

It’s going to be a fun ride this season because we have a willing student in Greg Olsen.

Do more with less

“Negotiation” also applies to manufacturers. Up and down the production chain, we advise the team not to overdo it with analyst advice.

Producers and directors should be concise in their communication during the game. We figure it out in a fraction of a second. There is no time for idle words.

Broadcasters should construct clear, legible graphs, not eye-test charts. Why speak or write 20 words when 10 is enough.

“Less is more” is a phrase that was hammered into me years ago, and I continue to hammer it home today.

I like our Saturday production meetings where we play with Olsen and let him analyze the game. ​​​​​​While everyone contributes, this is really an opportunity for us to listen to and be guided by the analyst.

Cooper Rush stops by Erin Andrews to talk about his third straight win of the season.

Olsen believes Parsons is the best defensive player in football, something he said Saturday and again on Sunday’s broadcast. Strong opinions don’t count when you leave them in a hotel conference room, so it’s good to have Olsen say it on air.

As for Wentz, he was beaten again, which is an unfortunate trend for Washington. Even in the special all-black uniforms, the linebackers couldn’t protect Wentz from Parsons and the mob of the Dallas defense. The Cowboys won 25-10.

But a frustrated Wentz took credit for knowing the tablet by choosing to throw a water bottle with one hand while still holding the tablet with the other. Maybe Tom Brady was watching.

We’ll stay with the Cowboys next week as they travel west to face the Los Angeles Rams (Sunday, 4:25 PM ET on FOX and the FOX Sports app). Let’s see if the Rams are great Aaron Donald could knock Parsons off Olsen’s list of top defensive players.

Can Tua Tagovailoa get the Miami Dolphins back to the playoffs?

Ohio Mill, given after a worker was crushed by machines: OSHA