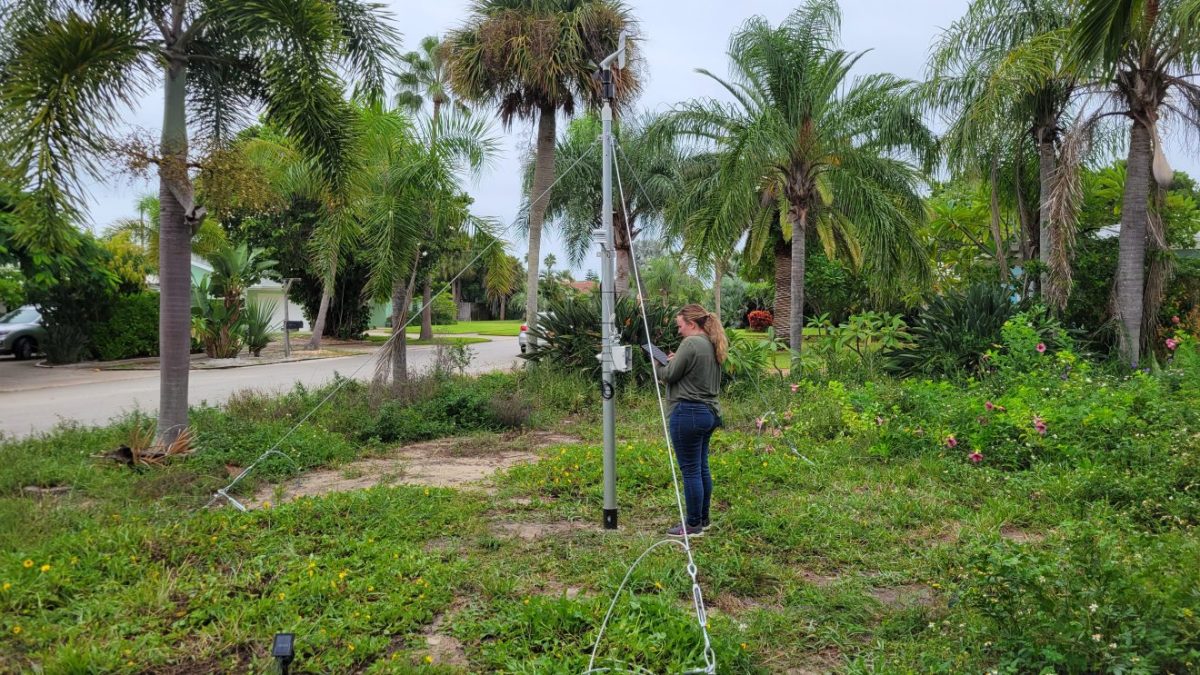 Sure, hurricanes are scary, but amid the squalls and rain, these powerful storms can provide valuable information to those looking for them.

Hurricane Ian brought several searchers from the Florida Institute of Technology to the ground.

Supported by a grant from the National Institute of Standards and Technology (NIST), engineering and meteorological teams deployed dozens of pressure and temperature sensors and numerous pieces of equipment in the Satellite Beach area as Yang approached.

The meteorology team was represented by a teacher of the faculty Stephen Lazarus and students Hadley Basing, Marcus Cote and Connor Welch.

Crews deployed 17 sensors on the roof of the home, six on the garage door and two each on the windows and driveway. They used three anemometers – devices that record wind speed – one of which reached almost 20 feet up.

They also used a LiDAR device, or light detection and ranging device, which measures wind profiles up to 1,000 feet high using a laser beam. LiDAR research is critical to better understanding how wind interacts with the anthropogenic environment.

Subramanian noted that some of the experiences students gained during their fieldwork included experiment planning and preparation, remote sensing and data monitoring, the effects of surface roughness and wind direction on surface wind profiles, and the relationship between hurricane-force winds aloft and local winds on structures.

Crews are just beginning to process much of the data, but they reported that a gust of 64 mph was recorded at 36 feet just before midnight on September 29.

This work with Ian is part of a three-year NIST-funded effort to develop and use a unique wireless sensor network system together with state-of-the-art anemometry, including LiDAR, to characterize the effect of surrounding topography on the near-ground wind profile and subsequent wind loads on non-structural components buildings such as roofs, soffits, windows and doors.

“It’s important to understand the interaction between a building, its environment, and the incoming wind in order to come up with more sustainable structures,” Pinelli said. “Architectural details can be the weak link in the cargo chain. Their failure could cause cascading effects that would lead to the building’s demise.”

A new study shows that well-being prevents crime, and quite dramatically